Old Man Winter Is Having A Snooze

This is something of a follow up to a post from last year featuring the murder and prompt resurrection of Old Man Winter. Enjoy! 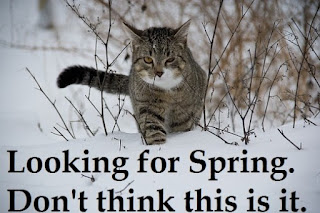 Toronto (CP) Spring appears to be taking its time establishing itself in many places this year across the northern hemisphere. Snow and freezing rain in April have been commonly seen. Cooler than normal temperatures have been typical. Science notes that the unusual weather can be tied to climate change. On the other hand, climate change deniers, citing snow in April, are trying to use the phenomenon to advance their point of view. “See? That global swarming thing is a hoax!” Harry McCallister, president of the Harry McCallister Carbon Credits Are A Scam Society, bellowed in a press conference yesterday- if you want to call it a press conference. McCallister was actually yelling at passersby at the corner of Yonge and Bloor in downtown Toronto. 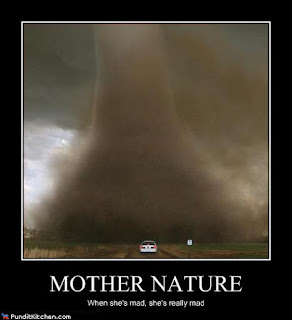 Environment Canada insists that spring is right around the corner- something they’ve been saying repeatedly for the last two weeks. David Phillips, the chief spokesman for the government agency, often given to appearing on or speaking to the press whenever there’s an unusual weather related story, is seen by some as the bane of their existence. Others see him as an affable but somewhat eccentric fellow. “It’s very simple,” Phillips told reporters. “The jet stream has been keeping colder temperatures further south, but it’s got to give out soon. I mean, we can’t just go from winter to summer in one day, right?” 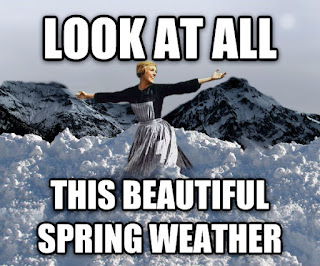 Old Man Winter himself is not available for comment. The allegorical figure appearing in the form of an elderly but vigorous man (think Gandalf in Lord of the Rings) is napping as opposed to leaving. Last year he was brutally murdered by the deranged and now incarcerated Kansas City loon Edgar Knickerbocker, and yet recovered quite nicely to come back to life. “You can’t kill a season,” Robert Langdon, a professor of symbology at Harvard, told reporters. “First, they’re allegorical. Second, they’re immortal. Third, who referred you to me?” 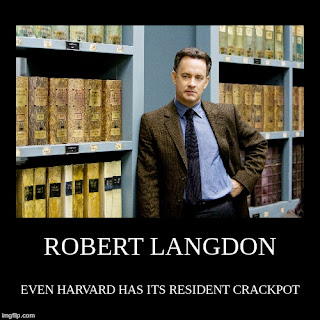 And yet Old Man Winter has been found napping on the Canadian Prairies, near the community of Russell, in western Manitoba. He’s sitting in a recliner, hands over his stomach, snoozing away, his appearance matching the late Jerry Garcia. Standing nearby, a young woman keeps watch, arms crossed, one foot tapping the ground the only sign of impatience. Answering to the name Spring, the woman has been occasionally clearing her throat or saying, “ahem.” All while Old Man Winter has continued to snooze. Reporters who have approached her to ask questions have received a gentle reply. “I’m his replacement. I was supposed to get started three weeks ago, but he refuses to wake up. Until he leaves, I can’t get going. Now it could just be a simple matter of giving him a cuff upside the head or yelling in his ear, but really, I’m too polite for that.” 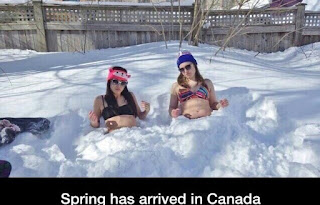 Whether or not Spring and Old Man Winter actually are the seasons in human form, or merely two escaped mental patients who think they are, is another matter. What is certain is that Old Man Winter isn’t waking up. And if we are to take the word of Spring, that season can’t begin until its predecessor leaves. Which means everything about spring is going to be that much later- spring flowers, spring allergies, Irish Spring soap… well, maybe not that last one. Nonetheless, there are complaints from many people about the late spring. 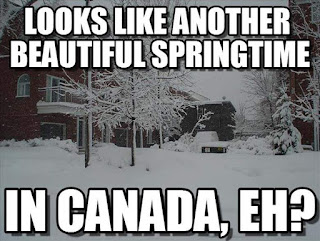 “It’s like this, you see,” Gerald Keen, a member of the Canadian Snowbirds Association, said from his home in central Ontario this week, where he is quite irritated by the cool weather. He dismissively pointed to the golf course that neighbours his property, a course that remains closed, snow residue still to be seen on the grass. “We bought this place specifically because it’s right there by the golf course! My wife and I retired, and we didn’t want to put up with cold weather and not being able to golf. Well, that latter part is me, because I love golfing, and my wife finds it boring. I don’t know why, I mean, what’s wrong with golf? But there we were, living our entire working lives in Canada where it snows and snows and snows and closes up the golf course for months on end. Can you appreciate just how much a guy like me might miss golfing? Oh, golf, I love you so much…” 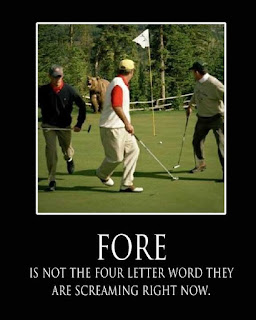 Keen cradled his putter as if it was the most important thing in the world to him. Which it might well have been. Then he carried on. “So when we retired, we decided to be snowbirds! We’ve got this place in the summer so I can golf twelve hours a day, and then we go down to Florida for the winter starting in October and coming back in April, so I can golf twelve hours a day. Plus whatever Myrtle does with her time… I don’t know, I’m not really paying attention. What’s important here is… I’m living the dream! And when I get back here for the season, I expect that I’ll be able to get out on the course and start playing. And here we are! They’re still closed over there! It’s not fair! I’m missing out on days of golf! I could have stayed another couple of weeks in Florida!” 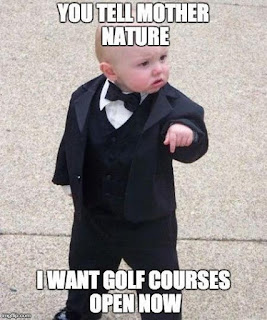 The last word belongs to Edgar Knickerbocker, another retiree spending time in less cushy surroundings than next to a golf course. A current resident of Prairie Ridge Psychiatric Hospital in the Kansas City area, Knickerbocker infamously shot Old Man Winter in the chest in Minneapolis during the winter of 2017. He was arrested after Old Man Winter rebooted himself and identified his shooter. The winter hating old codger has been locked up and under strict observation ever since. The man behind the former Facebook page Winter Must Die, And Die Horribly In The Most Agonizing Way, a page that has since been removed from the social network, he looks decidedly deranged these days. This reporter had a chance to sit down with him earlier this week at the facility, where Knickerbocker is confined to padded rooms when he doesn’t have visitors, and spends most of his time in straitjackets, heavily medicated. 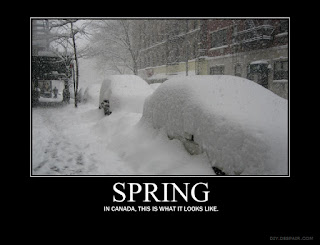 “I had that goddamned season dead to rights!” Knickerbocker yelled, his eyes suggesting the man was unhinged and that the doctors might consider upping his meds. “Ten slugs right in the chest! I sent Old Man Winter straight to hell where he belongs! And what do I get for it? Indefinite detention in a place full of crazy people! Do I look crazy to you?” He looked off to the right, where no one was standing. “Shut up! I wasn’t talking to you!” 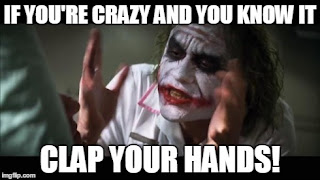 Then he returned his attention to this reporter. “Now I’ve figured it out. There’s one way and one way only to kill Old Man Winter. You’ve got to give him some of his own medicine. You’ve got to stab him in the heart with an icicle.” The orderlies started hustling the deranged old coot out. “Wait! Stop! Why won’t anyone listen to me? Winter has to die! You’ve got to kill it!”

In the opinion of this reporter, Edgar Knickerbocker needs his sedatives increased by a factor of ten. 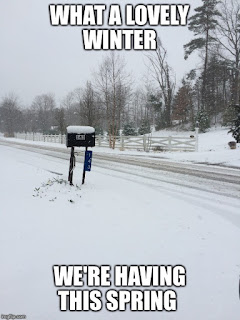