A Day In The Life Of A Mobster

I have something different today, the point of view of a gangster. I still haven't decided if he's a snitch. 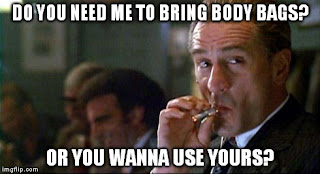 7:25 AM. Awake at home. Having breakfast. Hot coffee and toast. Well done, just the way I like it. The wife’s off in the Caribbean somewhere. Gotta look up where, sooner or later. Theresa said something about tans and beaches and margaritas, I don’t know, I wasn’t paying much attention…. 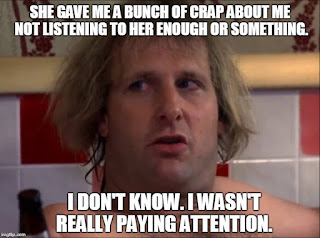 7:53 AM. A last look at myself in the mirror before I head out the door. Crisp grey suit, matching tie, black shirt. Jeez, I’m starting to look like a stereotype of the job. 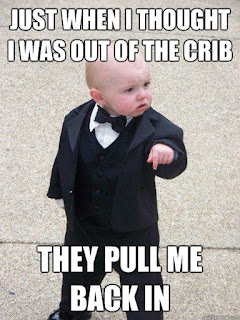 7:55 AM. Stepping out my front door. Nico and Lorenzo are waiting by the Rolls. Hey, fellas, how the **** you doing? You do know I can drive myself, right? 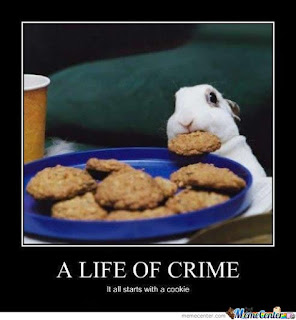 7:56 AM. Nico tells me Don Bianchi wants to see me right away. The boss himself? Wow, I wonder what brought him all the way here from Sicily. Okay, fellas, so let’s get moving already. 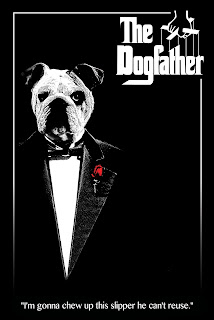 8:20 AM. Nico and Lorenzo walk me into the coffee warehouse. That’s what we call the place anyway. Bianchi Coffee. Not that we actually move coffee, and the cops know it. Knowing it and proving it are two different things, you know what I’m saying? 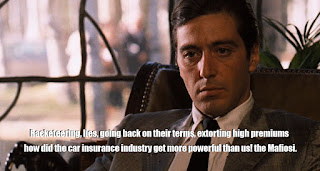 8:21 AM. Finding myself in the back office, where Don Carlos Bianchi is waiting in person. The capo di capi of the whole organization. Don Bianchi, it’s an honour.

Something seems off. The don doesn’t seem pleased to see me. 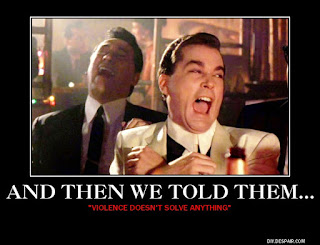 8:23 AM. Nico and Lorenzo have put me down on a chair. Hard. And they’re looming behind me like the three hundred pounds of hired muscle that they are. Don Bianchi accuses me of ratting to the cops. I’m horrified by the accusation. I mean, come on, Don Bianchi, what kind of low down rat would talk to the cops? I mean, sure, they call me Joey the Rat, but that’s an ironic name! I have no idea who squealed to the cops and got your grandson thrown in jail for the next thirty years, but if I knew, I’d have already whacked them, bada bing bada boom! You of all people know how safe a secret is when it’s kept by me. I mean, I’ve never told anyone that Nico is banging Lorenzo’s wife and Lorenzo doesn’t even… 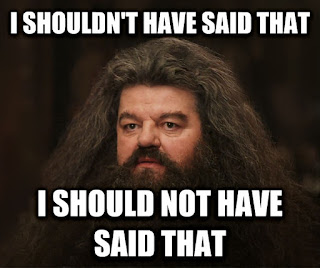 8:25 AM. Don Bianchi tells Nico and Lorenzo to stop hitting each other. They stop, and then he makes a hand gesture. Before I know what’s happening, I feel an impact to the back of my head, and everything goes black. 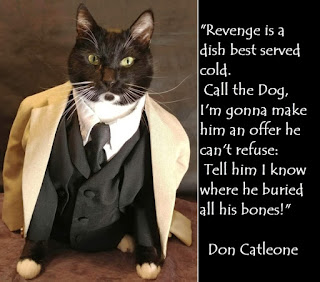 11:14 AM. Coming to. Feels like everything is moving. Opening my eyes. Looking around. Assessing. Looks like I’m in a plane cabin. A small plane. Hands tied behind my back. Lying on the floor. Nico is over there. Lorenzo is in the other direction. Both of them aren’t looking at each other. Hey, fellas, a little help here, you know what I'm saying? 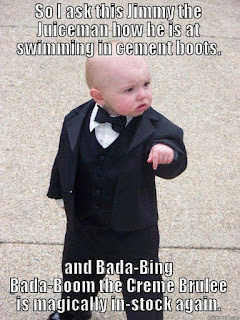 11:28 AM. Nico and Lorenzo haven’t said much of anything to me, aside from telling me to shut up. Come on, fellas, so I slipped up about the whole thing with Nico screwin’ Giulietta, so what? These things happen. I mean, it’s not like I haven’t had some action on the side myself while my Theresa isn’t paying attention. Now where were we? Oh, right, how about you untie me and we let bygones be bygones? 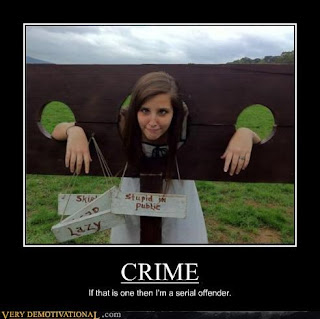 12:03 PM. The pilot calls back to Nico and Lorenzo. Says we’re out past the limit and depressurized. The limit of what? Come on, fellas, you know me. You know I would never have ratted to the cops. I mean, there’s that whole code we have. The omerta. Code of silence. We’re mobsters. We don’t rat each other out. At least to the cops. Sorry about the whole ratting you and Giulietta out thing, Nico, but it was an honest mistake. My point is there’s a big difference between slipping up and letting Lorenzo know his wife has been cheating on him, and giving the cops evidence to put away Paolo Bianchi for drug trafficking! 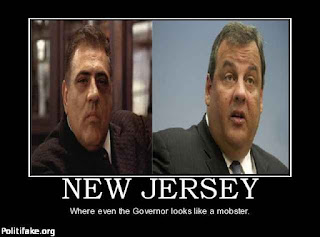 12:05 PM. Nico and Lorenzo help me up to my feet. It’s about time, fellas, so go ahead and untie me already, my wrists are sore. 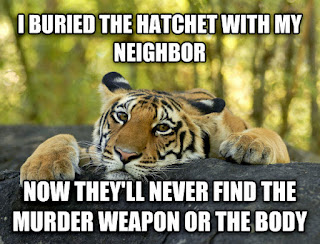 12:06 PM. Lorenzo moves forward, while Nico’s hustling me by the arm from behind. I stop when I see Lorenzo opening up the cabin door. I hear the roar of the air outside coming. It suddenly hits me that this is a one way trip for me. Now wait a minute, fellas… let’s not lose our heads here. 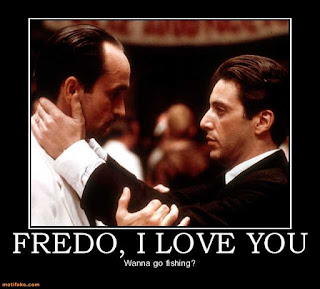 12:07 PM. Nico starts pushing me towards the open door. Come on! Look, we can make a deal, right? I’ve got money. Us three, fellas, and hell, even the pilot. We can make a ****ing deal. Hey! Lorenzo, I toasted you and Giulietta at your wedding, remember? You honestly telling me you’re gonna whack one of your wedding guests? 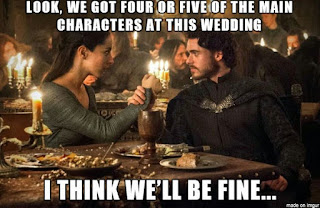 12:07:32 PM. Nico and Lorenzo push and pull me closer to the door. One last glance outside at the big void of empty air. Looks like we’re five thousand feet up. Lots of ocean down there. Oh, ****, come on fellas, couldn’t you have just put two bullets in my head bada bing bada boom? That would have been merciful! 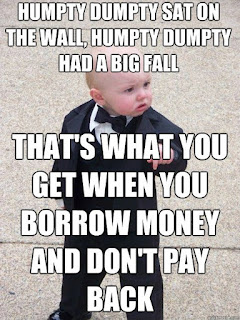 12:08:17 PM. They’ve got me right at the threshold. I can feel the wind against my face. Hands tied up behind me, can’t grip anything… Nico yells in my ear that I should know that Theresa is ****ing that trainer at her gym. Wait a minute… my Theresa is banging Randy ****ing Walden??? 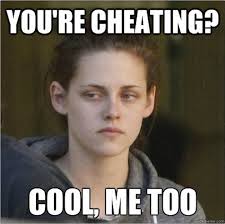 12:08:29 PM. Two pairs of hands shove me out the door. I feel myself falling straight off, hurtling down towards the ocean. Wondering if I’ll lose consciousness before I hit. Wondering how bad the impact will be. Wondering how the **** I could have missed the fact that my wife is ****ing her trainer. Wondering if she’s banging him right now wherever the **** she is. I mean, that ****ing idiot Walden??? What’s he got that I do…. 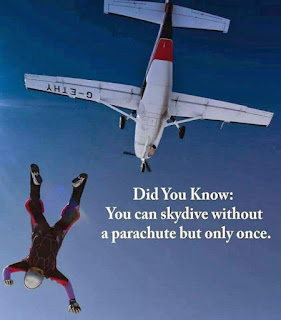 12:10 PM. A moment of blackness. Opening my eyes. Finding myself in a fire and brimstone kinda place with guys with red skin, carrying pitchforks and bullwhips. I think this is hell, you know what I’m saying?

**** that! Joey the Rat Falcone was supposed to end up in the other place! 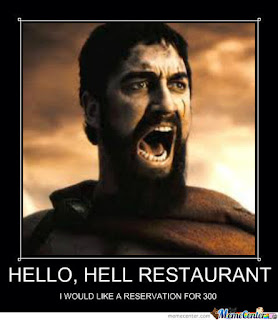