A Day In The Life Of A Cranky Mountie

Today I have the point of view of the legendary (and cranky) RCMP Inspector, Lars Ulrich. No relation to the drummer from Metallica... 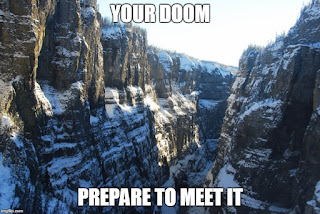 7:15 AM. Waking up at home. Slept agreeably well. Dreamed of Tombstone Canyon, and that time I chased an entertainment reporter into it. 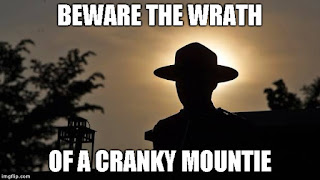 7:48 AM. Showered and dressed, ready to face the day. It’s a working day, so I’m in my utility uniform. I’ve had breakfast- French toast with maple syrup, of course. How anyone could lower themselves to use corn syrup is beyond me. 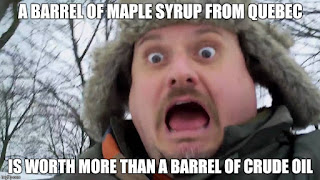 8:21 AM. Walking into the detachment. Constable Mackenzie walks over to brief me on the overnight shift. No sign of entertainment reporters, but that’s to be expected. They’ve spent a few days in post-Oscars euphoria, after all. Well, I’ll be in Calgary for the better part of the day. Another hearing in the proceedings against that sociopathic novelist, and I’m expected to be there. 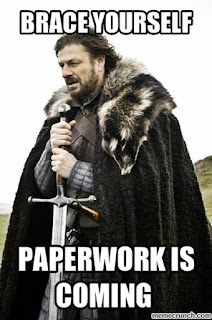 8:37 AM. Finished my morning paperwork. I hate paperwork. Not quite as much as I hate entertainment reporters who keep mistaking me for someone I’m not, but that’s beside the point. 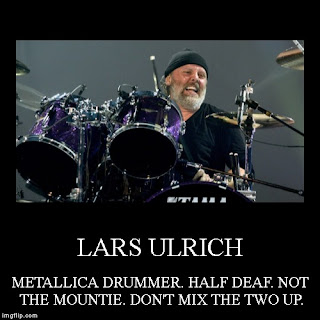 8:46 AM. Speaking with Constable Hudson before hitting the road. Instructing her to personally kick out anyone who asks about Metallica. 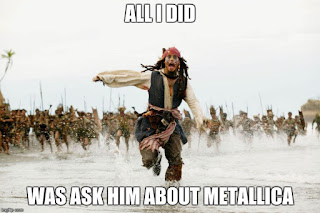 9:32 AM. Arriving at the courthouse in Calgary. Meeting the Crown prosecutor on my way in. 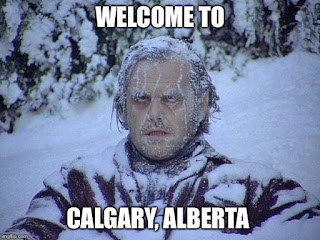 9:34 AM. The Crown prosecutor and I discuss the Fletcher case and today’s hearing. The wheels of justice grind slowly, but when one is dealing with history’s most prolific serial killer, one has to be careful that nothing is overlooked. 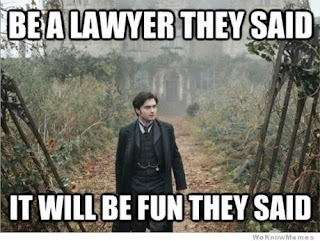 9:46 AM. Into court. The prosecutor takes his place ahead while I sit in the public area. I notice the defense attorney. Joni Mitchell- no relation to the singer- seems irritated this morning. Yes, well, that’s what you get when you take on such a notorious client. 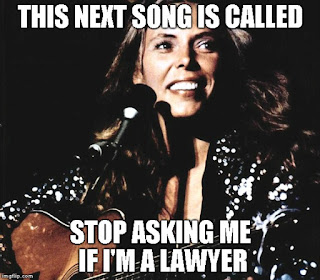 9:51 AM. The defendant is brought into court, restrained. Sure, she’s past ninety, but she’s proven herself volatile and aggressive in previous hearings. And when you’re dealing with Jessica Fletcher, accused of being the world’s worst serial killer, there have to be preventative measures. 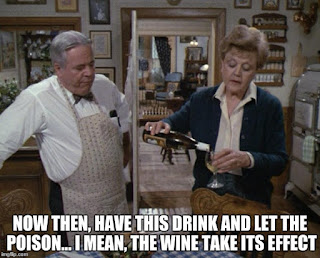 9:52 AM. Fletcher notices me sitting among the public. She stares at me while seated by her lawyer. She seems to be flaring her nostrils. It seems she’s still taking it personally that I arrested her and ended her killing spree. 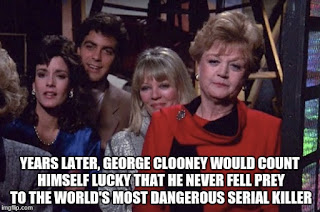 10:20 AM. Routine court matters being carried out by the Crown and Miss Mitchell. Fletcher keeps staring at me, as if she’s calculating the amount of energy required to separate my head from the rest of me. 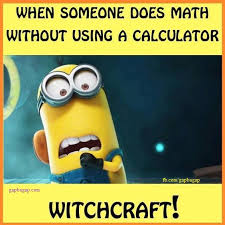 11:03 AM. The judge adjourns proceedings until the next scheduled date and ends the hearing. Guards come to retrieve Fletcher, who once again lunges at me, screaming. “You’re a dead man, Ulrich! You hear me? Dead! Dead, dead, dead, dead, dead! I’ll have your head on a pike!”

She is removed from court by the guards, still glaring, still screaming incoherently. I wave goodbye and smirk as she goes.

I really shouldn’t do that. It’s like poking a bear with a stick.

Oh well, what’s the worst she can do? 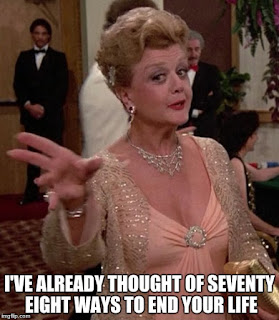 11:05 AM. Leaving court just ahead of the Crown prosecutor and Miss Mitchell. Reporters in the hallway. Some of them appear to be entertainment reporters. One of them asks if Joni Mitchell and Metallica are going to be doing a collaborative album.

Joni Mitchell and I look at each other.

Then we both punch the reporter at the same time. 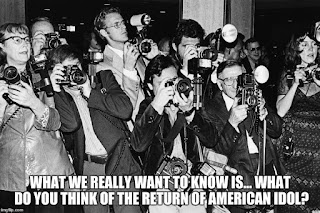 12:36 PM. Driving west, back to my detachment. Noticing smoke in the distance. 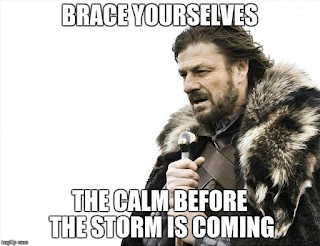 12:43 PM. Coming to a police roadblock on the highway. One of the officers recognizes me. Informs me that a monster is wrecking havoc up ahead. It’s been identified as King Ghidorah. Oh, good, I could use a workout. 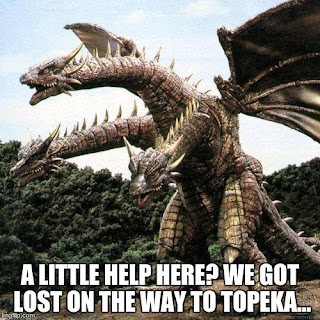 1:11 PM. Coming around a bend in the road, weaving around wrecked cars and trucks, passing by people fleeing from the scene. I find the gigantic beast itself destroying a town. It turns its three heads my way as I get out of my car. And then it roars and starts to stride towards me.

I clench my fists, smile to myself, and whisper two words. “Let’s go.” 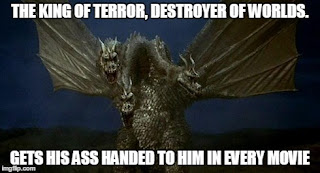 1:27 PM. Standing on top of the fallen King Ghidorah in victory, a bit dusty but no harm done. At least to me. Him? All three of his heads are unconscious, and I’ve probably broken a few bones in kicking the hell out of him. That’ll teach him not to mess with a Mountie. 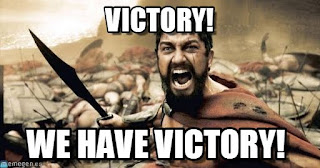 4:11 PM. Walking into the detachment after overseeing the removal of King Ghidorah. Informing Constable Hudson how my day went. She says all they had to deal with locally were three lost hikers. 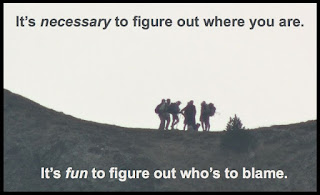 5:07 PM. Paperwork in the office. You’d be surprised how much red tape is involved when having giant monsters removed from where you left them. Noise out in the main part of the detachment. I get up and step out. Constables Hudson and Mowat are blocking an overly eager entertainment reporter. “Rip Kelly, Entertainment Tonight!” he identifies himself. I grit my teeth. “Lars, what everyone wants to know is… will Metallica have any comment as to why their drummer is picking fights with giant monsters while they’re recording an album?”

I shake my head, walk closer, and inform him I am not that Lars Ulrich.

He seems confused. “Are you sure?” 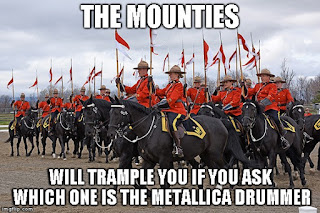 7:48 PM. Signing off on some paperwork with a doctor at the local hospital. It seems even kicking the hell out of an entertainment reporter, while officially sanctioned, requires paperwork. Oh well, it could be worse. I could be Rip Kelly, currently in a body cast. 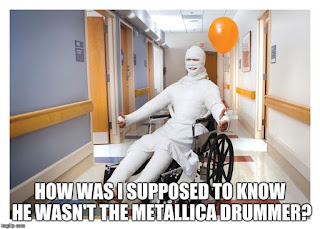 8:56 PM. Back at home, taking a call from the prosecutor in Calgary. I am informed that Jessica Fletcher has been busy screaming my name and vowing revenge all day after the hearing in court. The words disemboweled and flayed alive have been reported by the guards.

If you ask me, the old bat has issues. 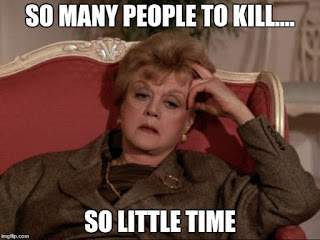