Behold The Army Of Scammers 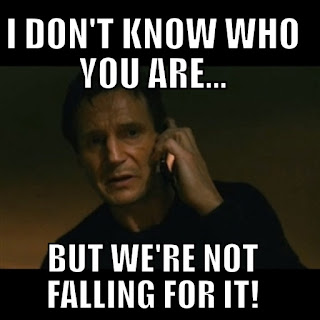 I can guarantee you that whenever I open my email these days, there'll be at least five different notices in the junk email. Yes, the spammers are back, and being busy, spamming all sorts of nonsense. Things that I don't need, want, or care less about. I don't care about hip reflexors or building sheds. And it doesn't matter how many times you block an junk email address, another one offering the same crap will just show up three days later.

And of course there are the internet scammers, such as this one, whose message got dumped where it belonged, in the junk email, and who had an internet email address suggesting she, he, or it is associated with a school organization in Houston. 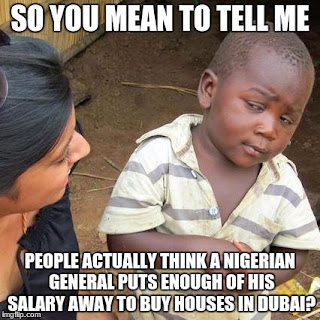 be sure of your willingness and commitment to execute this

transaction with me. I seek your partnership in receiving this fund 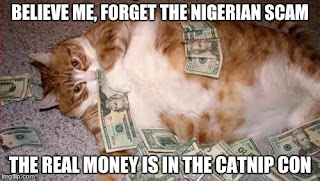 Well, here we have some of the tell-tale signs of a classic internet scammer, while others are absent. True, we don't have the sob story of the widow/ daughter/ secretary/ concubine/ personal assistant to the late general/ reverend/ Cabinet Minister/ seething warlord of some distant corner of the world. It's shorter than most of those letters, but there are hints- capitalized words such as Project or Twenty that don't require capitals, or issues with punctuation.

This one, instead of using the standard general or colonel of a distant land, goes with a sergeant. With a name that probably wouldn't be out of place in the United States. But it doesn't seem to occur to this individual that while those of the senior non commissioned ranks are the backbone of any military force (at least one that shouldn't be messed with), comparatively speaking they're not that high in the ranks. So using logic (something that doesn't occur to scammers), a sergeant would not have access to twenty five million dollars. 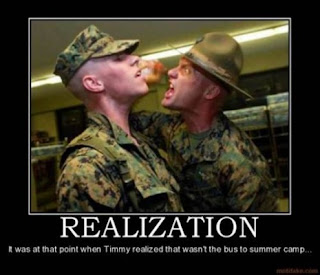 No, a real sergeant (something you are not, Miss Lopez, or whatever the hell your real name is) is the sort out there screaming at new recruits, putting them in shape and making them wonder if they should have made it easier on themselves and signed up for the Coast Guard (note to the recruits: the Coasties don't have it easy). They're busy wondering if that new lieutenant fresh out of officer training is ever going to get their act together. They don't have the time to be sending out mass scam email like you do.

I had a look online. It seems if you google Sgt. Britta Lopez, there are already several warnings out there about this scammer, with generally the same message. Whoever they are, and whatever their actual email is (because let's face it, that Houston introductory email is just the first in a long chain of emails that will eventually lead to some distant hellhole), they've never actually been in any military. Though they are part of an army. An army of the infernal wastes. The scammers, each of them hoping that the next email they send lands a few suckers who'll be easily parted with their money.

We need to gather all those scammers together on some remote island somewhere... and drop a few bunker buster bombs on them. 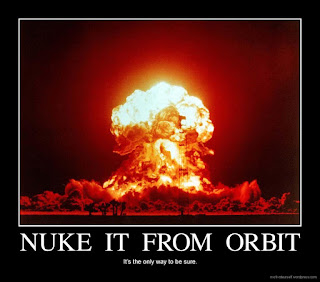 Posted by William Kendall at 9:03 AM