Requiem For A Southern Attorney 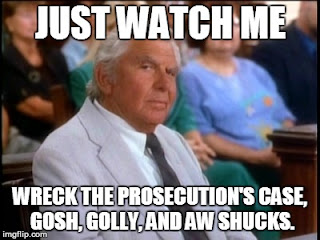 Retired Attorney Dies; Tailor Of Suits Is Among Mourners

Atlanta (AP) Renowned local attorney Benjamin Leighton Matlock, who spent much of his career as a criminal defense attorney before a brief time as a prosecutor after retirement, has passed away at home, according to a spokesperson, private investigator Conrad McMasters, who worked extensively with the lawyer before retirement. “It was a heart attack,” McMasters told reporters outside the suburban home of the soft spoken attorney, where his daughters are planning the funeral of the family patriarch. 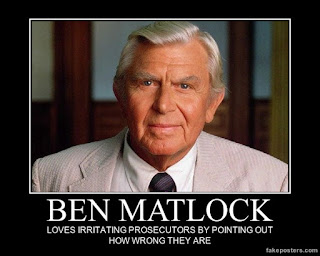 Matlock, known for his perennial fondness of grey suits and his habit of unmasking murderers in court to exonerate multiple clients, was generally well liked in his community and profession, remembered as an amiable and friendly man. “Down to earth is the first thing that comes to mind when I think of Ben Matlock,” Julie March, a former Atlanta Assistant District Attorney who often squared off with the lawyer in court before moving on to become the state Attorney General. “Oh, it could be infuriating when he pulled the proverbial rabbit out of the hat during a trial and saved his client from a sure capital sentence or life in prison by exposing the real killer, but hey, sometimes our side slips up and overlooks key evidence that seems to only be obvious to an eccentric Southern lawyer and his staff. My bad.” 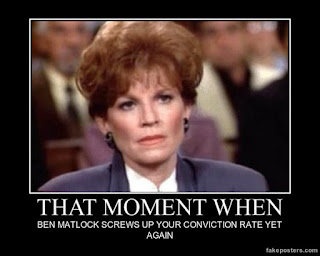 “He was fun to work for,” McMasters remarked. “It was steady work, he always had clients who found themselves arrested for murder and needed a good lawyer. Which of course meant extra work for me, because hey, that Ferrari doesn’t pay for itself, you know. Anyway, Ben. What can I say about Ben? Great guy, couldn’t ask for a more pleasant lawyer and friend. Lots of people tended to underestimate him. They see the friendly Southern lawyer with the drawl, and they never seem to get that underneath all that’s a pretty crafty mind. I’m going to miss him.”

Matlock retired years ago after a distinguished career spent getting numerous clients out of legal peril and only losing one case. He was forced to come out of retirement after losing money to the now imprisoned Ponzi schemer Bernie Madoff, and once remarked, “That ****er is lucky he’s in prison, because in a perfect world, everyone he ****ing ripped off would be free to shoot him in the ****ing head twenty times.” He spent some years as a prosecutor before retiring again. Among his cases at the time was the famed prosecution of the Muppet Grover for the murder of Elmo, something that went against Matlock for once when the real killer was unmasked in court. 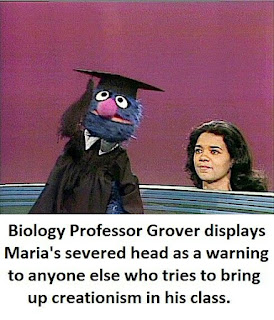 “Ben hated that case,” Michelle Thomas, his former law firm partner, told reporters. “Only one of two times he ever lost a case in forty five years as a practicing attorney. He said afterwards that he finally got how other lawyers felt every time he hoodwinked them in court and got his client off.”

Among those who will miss him is Atlanta tailor Charles Graves, of the Graves Tailor Company. “Best client we ever had. My father worked with him first. He always wanted the same type of suit. Light grey, mostly dark grey ties. Easy to outfit him, and always had at least forty of those suits in his house. We even took to giving his suit a nickname. The Sly Attorney. Oh, the poor guy... what’s the world come to when Ben Matlock dies?” Graves started to sob, muttering unintelligible things at this point. 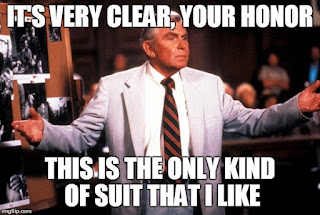 There was another case, in his days on the other side of the courtroom, that the lawyer lost, and it haunted him to his dying day. In 1985, he defended his client, one Alexandra Prentice, on capital murder charges over the murder of her mother, fashion mogul Calista Prentice. Despite his every effort, his client was found guilty and sentenced to be executed, a sentence that was carried out in 1997. “Ben was absolutely certain she was innocent,” Thomas told reporters. “He strongly believed she had been framed, which as it turns out was true. He appealed time and again to the courts to overturn the verdict, poured his heart and soul into it, and still it happened. She was executed. It just broke his heart. He was never really the same after that. I think that’s when he started to use, well, more colorful language.” 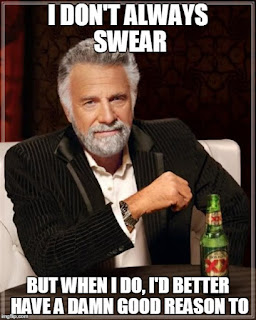 It has recently been revealed, during legal proceedings elsewhere, that Prentice may very well have been wrongfully executed, a matter now before courts in Georgia. Former mystery novelist and infamous serial killer suspect Jessica Fletcher, now going through pre-trial proceedings for multiple murders in Canada, has had her diaries extensively analyzed by multiple law enforcement agencies since her arrest. It is alleged that the diaries list thousands of victims over many years, some of those in cases Fletcher took a role in investigating, others in which she had no part in being involved in, but all of whom may well be her victims. One of the cases was the Prentice affair. “Mrs. Fletcher had no part of the investigation,” March confirmed. “State officials are re-examining that matter very closely, however, and if it turns out we put an innocent woman to death, well, all I can say is... my bad.” 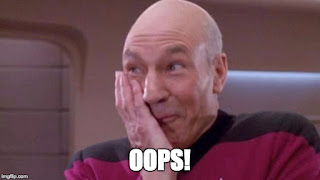 “Ben had a hard time of it when he found out Jessica Fletcher may well have set up Miss Prentice,” Thomas confirmed. “To find out that his client, who he knew to be innocent, went to her death for nothing, well, it just took the life out of him. Three months ago we got word about it. His health just went downhill from there. And now this, taken from us in a heartbeat. Or a lack of a heartbeat. Does that make sense?”

Funeral plans are well underway. Matlock will be buried in one of his trademark grey suits. The funeral home expects a multitude of his former colleagues and a sea of exonerated clients to attend. Hot dog vendors expect to do big business, considering that was his favourite food.  Many stories will be shared, tears will be shed, and it’s likely there might even be laughter. 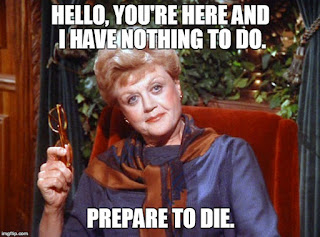 Good hearted, mentally stable laughter, that is. Unlike the laughter that can be heard coming from the cell where murder suspect Jessica Fletcher is kept awaiting trial in Calgary. Guards confirm that the author is often heard cackling with glee, or ranting about the Mountie who arrested her and exposed her to the world. “It’s creepy to hear that laugh,” an anonymous guard said. “Imagine the laugh of the Joker,” he explained, evoking the perennial villain of the Batman comics. “And imagine that a thousand times creepier.” The guard shook his head. “And when the old battleaxe isn’t laughing, she’s calling for the blood of Inspector Ulrich.” That, of course, is the legendary but grouchy Mountie who has saved the world on multiple occasions and is known for being mistaken for a heavy metal drummer of the same name.

“The weirdest thing we’ve ever heard her say is I will rip his heart out of his chest and eat it while it’s still beating. If you ask me, she’s got issues.” 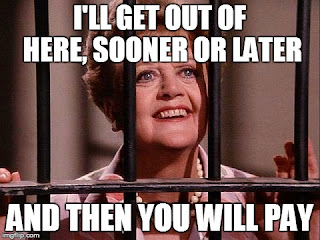