Before getting things underway today, I must offer a tip of the proverbial hat to the Queen, who of course is celebrating the Diamond Jubilee. Her Majesty is a grand lady, and there’ll never be another one like her. God save the Queen! 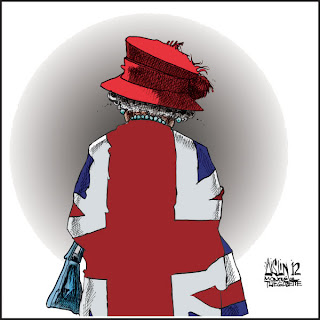 Complete aside: how many times do you suppose she’s heard that tune in her sixty years as monarch? 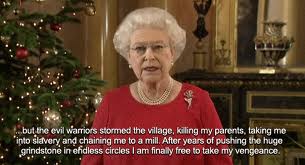 Now, onto today’s mischief. Which incidentally includes less mischief than usual. This, of course, means I’m up to something.
This past weekend here in Ottawa, we had what’s called Doors Open. This program has been going on for years now, and has taken root across many communities in the province of Ontario. For those of you in the province or visiting this summer, the home page with links for the participating communities can be found here. From April to October, buildings and facilities are opened up on specific weekends for visitors to come on in and have a look. In some cases, these are places that usually don’t open to the public. In others, tour guides are on hand to give visitors insights into a place they thought they already knew. I don’t know offhand if the concept is out there beyond this province- though the Niagara Falls Doors Open program certainly is on both sides of the international border.

In Ottawa, there were over 120 sites involved this weekend in the program. Obviously it’s impossible to see everything. Historical buildings, churches, art studios, museums, power generation facilities, traffic control centres, architecture firms, embassies, and much more are included in the list, and spread over a wide area. On a weekend like this, visitors can go on into museum vaults or into the home of an ambassador. They might find themselves in the Diefenbunker (a VIP fallout bunker from the Cold War which has become a tourist attraction) or taking a stroll through the Governor General’s residence. It does require you to pick and choose what you’d like to see.
Over the course of the weekend, I ended up seeing quite a lot with friends. It started out rather close to home, in fact. The Royal College of Physicians and Surgeons is close to my place, a five minute stroll. It’s housed in what was once a convent, and the school has carefully preserved the architectural integrity of the building while making it a fully functioning medical school. The entrance lobby brought us into the library, which is housed in what was the nun’s chapel, while the main sanctuary now serves as a large meeting room, its stain glass windows preserved. Displays were set out, of course, with items and photographs of the past and present of the building explained, and with volunteers on hand with answers.

Two churches were next on our list. Southminster United is close by, a fieldstone church that overlooks the Rideau Canal at Bank Street. It’s been on the Doors Open list each year that I’ve attended. St. Matthews is an Anglican church further to the north, and it was new to the site list this year. In both cases, members of the congregation were on hand to talk about various aspects of the churches.


Closer to downtown are other spots on the list. The Hungarian embassy is housed in what’s called Birkett Castle, a dramatic house with Gothic influences. It dates back to the late 19th century, and it’s exquisitely furnished inside. The place houses the embassy services, as well as serves as home to the ambassador and family.
The Laurentian Centre stands a couple of blocks north. It’s owned by Trinity Western University, and used for an internship program for twenty or so students each year. They live in the place, attend classes, and do their internships here in the city. The house itself is another century old home, once owned by a timber baron, J.R. Booth, and retains very much a cozy feel to it, even if it’s quite luxurious. I suppose having people living there has that effect. 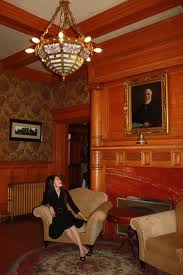 Downtown were some of our last stops for Saturday. Three churches are close together, and each are worth looking at. Christchurch Cathedral is an old Anglican church, with ties to the Canadian Forces, including retired regimental battle flags in a side chapel. St. Peters is a Lutheran Church close at hand, with a simple style of architecture and yet an exceptional stainglass window over the altar. And St. Andrew's Presbyterian, also an old church, occupies one of the prime spots of real estate in the city, directly across from the Supreme Court, and has been the home church to many of the most prominent citizens in the country, not to mention the site of a baptism for a princess...
The Court itself was the last stop of the day. The building is big, occupying the western flank of Parliament Hill. Much of it is office space. The entrance lobby is grand and majestic, I would say. Strangely, however, the actual courtroom is rather underwhelming and utilitarian. It would have to be, after going through that entrance. I find myself wondering what the justices think….

Sunday morning brought more rain, and of course I was out much too early, but it was required. The Croatian embassy is up in the Sandy Hill neighbourhood, to the east of downtown, and it’s in another century old house, a lovely place that seems to let in a good deal of light. Embassy staff were on hand, and as is often the case with embassies, brochures about the country were on display. It’s a good way to make discoveries about places you haven’t seen yet. I’ve seen enough of Croatia in pictures to have long since decided that I’d love to go.

Laurier House is close by. It’s a historical site, and has been home at different times to two Prime Ministers, Wilfred Laurier and William Lyon Mackenzie King. The large house includes personal items from both men; Laurier died there, and King used it as a home while in town. King’s study is set pretty much the way he left it; in Laurier’s day that room was a billiards room.
A shuttle bus took me from there up to the Papal Nunciature, the home of the Vatican’s ambassador. The grounds of the old estate are lovely; I’ll have to see if I can come back when it comes time to write a future book… I’ll have to consult with someone with Vatican experience for an idea I have in mind.
The South African High Commission was also along the route. Side note: High Commissions are the same thing as embassies, just referred to that way in Commonwealth nations. It’s directly across from the Prime Minister’s residence, so these days the High Commissioner has a rotten neighbour (yes, you are, Stevie. Bite me). The place dates back to 1841, and it is indeed as magnificent as it looks.


There were other stops on both days, but there are two places I’d like to close with, and they’re in fact linked together, and are marking their centennial this year. The Government Conference Centre is housed in the former Union Station, which of course was the train station for many years. It’s now used for government meetings, and as such is only open to public viewing this particular weekend. That’s a shame too, because the building is stunning. Its central room is arguably the most beautiful space in the city. It was modelled on the departure halls of Penn Station in New York, now since demolished, and which itself was modelled on Roman baths. The Centre was particularly busy on Sunday, with conference tables set up on the one side, and in a nod to the history of the building, a model railroad laid out on the other.

The Centre is linked directly by tunnel to the Chateau Laurier across the street. As mentioned in a blog back in March, the Chateau is celebrating its centennial this year, and this weekend was one of the big weekends for them. The hotel is the most luxurious and prestigious in the city, and it was very, very busy inside.  I explored about on my own, taking in more of the hotel interior than I’ve seen before. Tour guides were bringing crowds through, and the guides were dressed very much in the fashion of a century ago. I found myself amused by one of them, a woman in that style of clothing… engaged in texting as we passed on a staircase.
I wonder what Charles Melville Hays would have made of that. If the ghost story is true, I’d like to think that he might have been watching this weekend as people went in and out of his hotel, a quiet smile on his face.
So, do you have anything like Doors Open in your community? If not, do you think this is the sort of thing your hometown ought to try out?
Posted by William Kendall at 11:39 AM