“You’re not going to quote me on this, right? Look, the thing is, all fans know the game is dreadfully boring. We don’t like to admit it, but we know it. That’s why we get into fights in the stands. Adds a bit of excitement to the day, you see? Otherwise we’d be wasting four hours of our lives watching Manchester United lose to Chelsea by a final score of 1-0. Just don’t go telling anyone I said that, right?” ~ Mick “Stumpy” Wallace, Manchester United Professional Hooligans Association 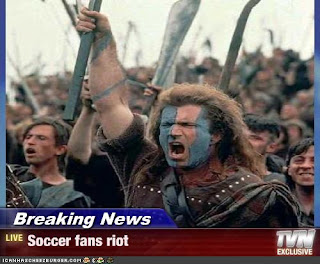 Well, it seems that out across the pond, Euro 2012 is occupying the attention of sports fans. For those of you who might be wondering what on earth I’m talking about, it’s a multinational soccer (or football) tournament. The fans of course refer to it as football, and rightfully so, since the ball spends much of its time being kicked about. Those of us in North America used to the American or Canadian versions of football, well, let’s face it, the only time that kind of ball comes into contact with a foot is during a kick-off. Most of the time it’s being tossed or carried by a player, so is it right to call that sport football? 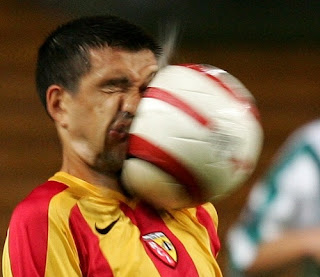 Well, I’m not talking about the pointless North American game of football today. I’m talking about the international version, which is equally pointless. In case it’s not already obvious, I’m not a soccer fan. I must be in the minority, though. The game consumes people across the world, draws huge television audiences, brings out long dormant national flags in families who immigrated out of their homelands generations ago, starts up riots, and sets the fans to killing each other.
And it’s so bloody boring. More so than tennis or golf (not that I’m endorsing either of those sports, mind you). Watching paint dry is more interesting. 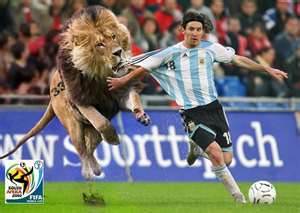 Every four years, of course, there’s a World Cup, and you can expect bars, restaurants, and the like to be filled with people, demanding to watch the games. In between the actual World Cup tournaments, there’s no end of other games, professional leagues, and international tournaments. Some years back there was an Under 20 tournament hosted here in Canada, including several games in Ottawa. The games were played in a stadium close to home, across the Rideau Canal from my place. I recall one occasion, moving through a crowd before a game, on my way home, and getting clobbered on the shoulder by a drunk fan with a beer bottle. The drunk got my fist in his face, his ass on the sidewalk, and a cop arresting him for assault. Rightfully so, by the way.
Now we’ve got the European tournament that’s just gotten underway. It’s getting people drawn in to watch as much of it as possible. Passing through a downtown building the other day, I saw a pair of big screens set up in the ground floor, with temporary bleachers set before them. The purpose? I learned from a store clerk that it’s a place for office workers to come watch some of the games. Aren’t they supposed to be working? 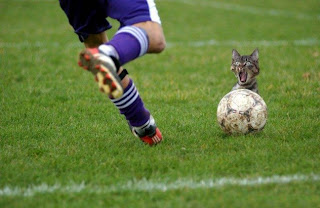 And there’s no escaping it now if you want to have a meal. Most pubs and restaurants are getting in on the act. There’s a lot of money to be parted from by rabid soccer fans, who, of course, require plenty of liquor to get themselves through the dreadfully boring and tedious ordeal that is a single game.
Low scores. Kicking a ball back and forth. Occasional running about that goes nowhere. Periodic kicks of the ball at a net, invariably set aside by a surly netminder (assuming he hasn’t fallen asleep watching a black and white ball being kicked around way out in the midfield). And for this, fans (aka hooligans) will fight, bludgeon, and kill each other? For this, the fans will hold grudges that make the Hatfields and McCoys look like best friends? Come on, boys and girls, if you’re going to resort to violence over a sport you’re just watching, make it something interesting. Like hockey (no, they already do that). Or baseball (imagine a mob fight in Yankee Stadium). Or Capture The Flag (make that one more of a challenge by giving each player a tomahawk). 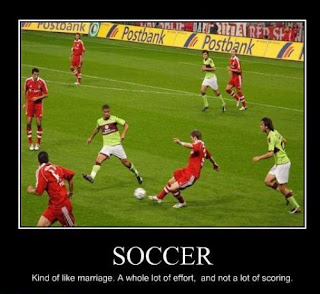 I will never, ever understand why people get so wrapped up in that game. And yet for the next couple of weeks or so, the fans will be everywhere, the boring, idiotic game will be on too many screens, and too many people will be chattering away about how the Germans just kicked the ass of the Spanish team or England got robbed by Belgium (bad Belgium! Bad! What did England ever do to you?).  And yes, I know that by calling the game boring, idiotic, dreadfully dull, waste of time, and any other choice words, I’m inviting the wrath of soccer hooligans down on my head, not to mention getting a bounty placed on my life.
To that, I can only say.... nyah, nyah, nyah,nyah!! 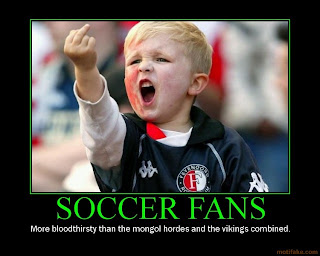 Posted by William Kendall at 1:13 PM