A Day In The Life Of A Vulture 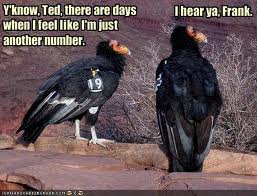 6 AM. Time to wake up. Feeling hungry. Sun coming up to east. Will look about for anything that died during the night. 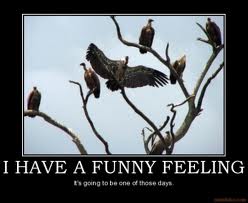 6:45 AM. Circling overhead awhile. Have spotted dead raccoon. Breakfast time! Always did like the taste of raccoon first thing in the morning. 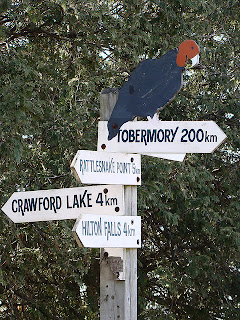 7:15 AM. Satisfied with breakfast. Will do until mid-morning snack. Off soon to visit with friends. 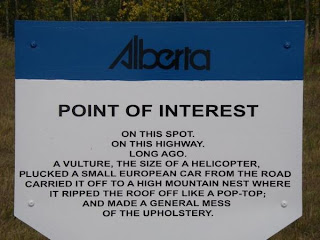 8:10 AM. Met Charlie and Dolores at their perch on the cliffside. Chatted about what we've had for breakfast. We vultures do tend to eat a lot of dead things. 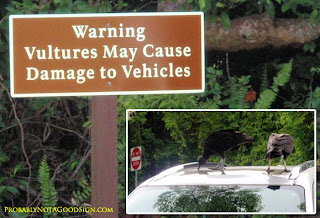 8:30 AM. Charlie and Dolores mention watching human reading in park four days ago during their last trip. Apparently one of their younglings reading what's called a comic book, featuring a human being calling himself the Vulture. Discussing why humans would want to take on our attributes, and by extension, why such a person is a quote... villain, unquote, rather then the hero. This starts off an existential discussion on the meaning of life and death. Talk of death makes me peckish. 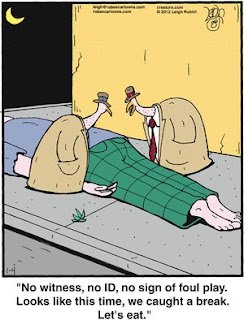 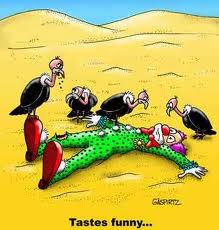 10:45 AM. Success at last. Discovered elk, freshly killed by wolves. Wolves have left area, but we'll be watchful for their return. In the meantime, we can dig in. We all do so love the texture and taste of freshly killed elk. 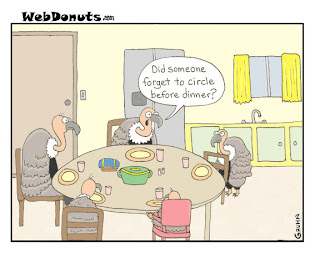 11:20 AM. Finished eating our fill of elk. Charlie, Dolores, and I talk about that time last fall when we hadn't had any dead thing to eat in a day or two and came across that freshly dead skunk roadkill. Eating that was something of an ordeal. Took weeks for the stench to wear off. Note to self: only eat skunk in dire circumstances. Meat tastes good, but the smell is atrocious. 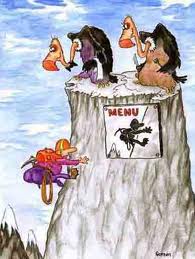 12:10 PM. Bid goodbye to Charlie and Dolores. Off to find lunch.

12:50 PM. Success. Have found dozens of lemmings at base of cliff. Rumors that they do commit suicide in mass numbers are in fact true. All the better for me. Always did like the taste of dead lemmings. Even better dipped in a lemon sauce, but since I'm a vulture and can't make lemon sauce, will have to eat them as is. 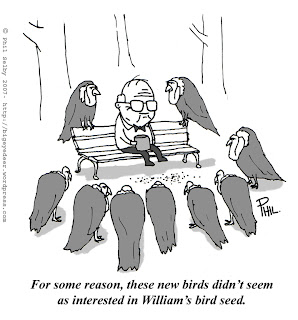 1:20 PM. Finished eating. Quite tired. Feel like a nap. Will snooze a long while.

3:40 PM. Wake up from nap. Descending from cliff to look for afternoon snack.

4:05 PM. Come on. Where can a hungry vulture find a tasty morsel? 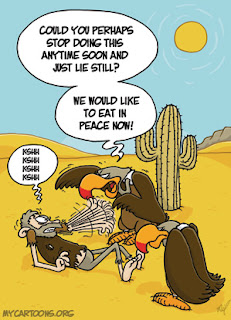 4:45 PM. Somewhat annoyed. No sign of anything dead to turn into snack. 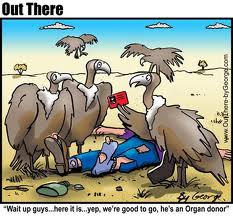 5:50 PM. Finally found potential meal, but may have to wait. Was almost set to start panicking when I came across stranded hiker in woods. Waiting for him to expire so that I can start eating. Hiker is prone on his back, unresponsive to pecks, but I can still see breathing going on. Hiker must be five days away by foot from civilization. Wondering if hiker would be missed. Impatient for hiker to stop breathing. Don't want to start on him while he's still alive. 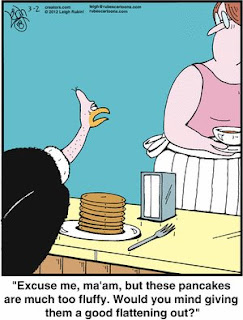 6:40 PM. Hiker finally dead. Confirmed heartbeat no longer occuring. Unresponsive in all other ways. Dinner time is long overdue. Have compensated for lack of afternoon snack by getting full sized freshly dead human all to myself. Yum yum. 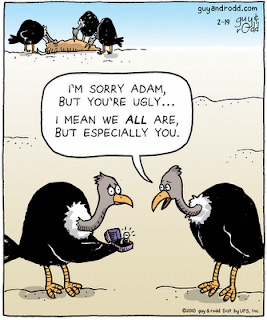 8:00 PM. Gorged myself on dead hiker. Ate my fill until fully stuffed. Still much of him left. Wondering if there will be any more of him left in the morning when I come back. Thoroughly delicious. Contemplating standing guard over food for the night. Don't want my prize picked over by other scavengers. 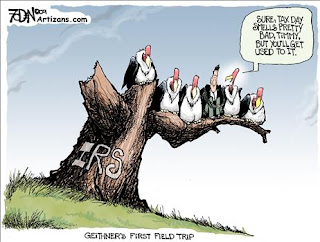 11:45 PM. Kept guard over remains of hiker. Chased off Frank, who's an annoying vulture to begin with and never shares anything anyway. No one likes him, so he won't bring backup. Time to settle down for the night. Well, maybe a few bites more for a late night snack. Yum yum.

Posted by William Kendall at 4:53 PM

Email ThisBlogThis!Share to TwitterShare to FacebookShare to Pinterest
Labels: a day in the life, animals, comics, Death, vultures