My Characters Are Named After Who?

"The name of a man is a numbing blow from which he never recovers." ~ Marshall McLuhan
"Proper names are poetry in the raw. Like all poetry they are untranslateable." ~ W.H. Auden
"Forgive your enemies, but never forget their names." ~ John F. Kennedy 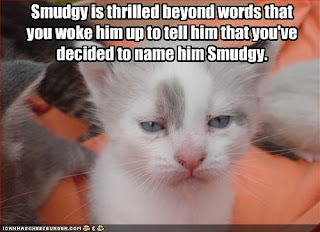 And so I thought that today I might talk about some of the pitfalls of character naming. 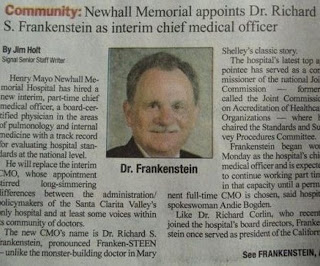 There are names that should be avoided at all costs. There are other names that you might like to use, but circumstances won't allow it. Some names must be forever off limits. I'll never name characters after my sisters for instance. As readers who've been following me for awhile know, I'm no longer on speaking terms with either of those two, so their names carry a certain negative influence.

Readers will also have heard my mentioning the idiot ex-brother-in-law from time to time. For those not aware, the idiot's name is Mike, and while I wouldn't use that name as is, I have used Michael as a character name, and I don't associate that character with the profoundly unpleasant bigoted jackass I had to put up with for years on end.

There are other names, people who pass in and out of our lives that we'll be wary of using, or refuse to use. In our joint novel Same Time Tomorrow, Norma and I (under our alter egos of Scarlett and James) have made use of a minor character named Jeremy, something of a real sleaze. Well, I do know a Jeremy, and yes, he's an irritating prat (Jeremy, face it, you are an irritating prat). Still, I don't have a problem using the name, but I'd never use it for a character I'd like. By extension, the name Scott is off limits to me. I also know a Scott. And as irritating as Jeremy is, compared to Scott, he's quite pleasant and cordial. Scott is one of those class A jackasses whom you wish would fall in front of a speeding train. (Scott, go jump off a train platform just as the VIA train is running through. We'll all watch. Scott? Scott? Where are you going, Scott? We're waiting on you to.... Damn. Moron.)

As I've been writing Heaven & Hell, I've used an unnamed American President. Down the line, however, I do intend to create a fictional president, and the surname I've thought for him or her (haven't decided that yet) would be Archer. This might be a bit of a problem, depending on the first name. You see, I'd find myself associating this President Archer with another Archer, who tends to be quite self absorbed, yells a lot, shoots at people much too readily, drinks too much, and has his way at any woman who crosses his path and proceeds to forget her name the next morning. 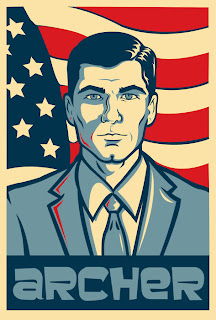 Then there are the names that might sound ideal at first, but something goes amiss. Hopefully you catch it early on. Because if you catch it after the book's finished, it's too late to go back and change everything. As I was starting out on Heaven & Hell, this was one issue that came up. One of my characters, Jacob Dayan, was originally meant to be named Jacob Cohen. I would have been quite satisfied with the name, but discovered that Jacob Cohen is, in fact, the birth name of the late Rodney Dangerfield.

I don't like Rodney Dangerfield. I don't like the whole drunken irresponsible schlub routine, the obnoxious oaf bit that he constantly did. Never did, never will. So the name had to go.

More recently, however, I made a discovery about my two main character's names quite by accident, and it's so ludicrous that I had to laugh. Primarily because it's much too late to go back and start changing names. Meredith Devon and Tom Stryker are the main characters of Heaven & Hell, and the books to come. I like the names, I've gotten used to thinking of them that way. A few days ago, I happened to go into IMDb to check on something. I rarely go there anymore, though I used to spend quite a bit of time there, and my user name has stryker in it. Rather then log in, I started entering stryker into search by mistake. A list of names came up, and one of them was one Devin Stryker. That was curious, I thought, having my two lead character's surnames match so closely to this woman's name.

That was enough to catch my eye, so I clicked on it. It seems that Devin Stryker goes by other professional names: Devin Striker, Devon Stryker, or Devon. Her roles include such titles as Intoxicated, Devon Is Girl Crazy, and Pussy Cats 2.

I told you it was ludicrous!
Posted by William Kendall at 2:01 PM