The Avengers Destroy The Competition For Box Office Supremacy

Before going into today's mischief, take a look over at Lyn Fuchs' Sacred Ground Travel Magazine, where today I wrote about the Bay of Fundy.
A word of explanation to start off. Years ago, my partner in crime Norma and some of her fellow writers had something of an inside joke in their novels, a fictional tabloid called the International Intruder. The tabloid made the occasional appearance, enough so that their fans picked up on it and asked if they all knew each other.
Recently Norma thought of resurrecting the notion, as another sort of inside joke. We've started up a Facebook page for the International Intruder, so check that out and like it. We've done the occasional tabloid style blurb for our own books and others, as well as skewed takes on other items of interest, some of which I'm reprinting below. You may have already seen this some days ago if you're following Norma's blog; if you're not, this will be a first for you. And on occasion the International Intruder will turn up again in this blog and in my own works; I've got an idea for introducing to you the villain in my next novel through a tabloid interview of sorts.
Anyway, what with the Avengers film doing big business at the box office, Norma and I wrote up several of these blurbs in the tabloid style, mixing and matching the characters against other film hits. Enjoy, and let us know what you think!

Dateline Panem: The Hunger Games were interrupted unexpectedly today when leading contender Katniss Everdeen was abruptly taken out by expert archer and Avengers assassin Hawkeye, who met with no resistance from observers. All who saw the final defeat of Katniss were in awe of the superior archer...and afraid to piss him off! 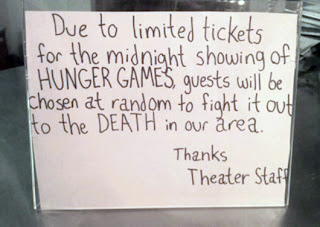 Dateline Forks: Avenger and SHIELD agent Black Widow was sighted in this Pacific Northwest town in recent days, coinciding with the deaths of several people, confirmed by sheriff Charlie Swan to be vampires and werewolves. One of the dead includes Sheriff Swan's daughter Bella. "I knew it would end up this way sooner or later," Swan told reporters. "She got mixed up with the wrong people, started down this path that I couldn't talk her out of, and now she's gone." Witnesses, meanwhile, were astonished by the ease with which the Widow dispatched all of the supernatural beings who tried to attack her. "It was like she wasn't even trying," one witness told us. 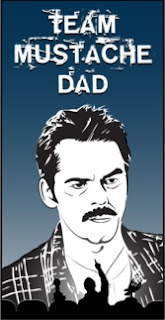 Dateline Collinsport: Chaos reigns at the Collinwood estate, where the Incredible Hulk, a member of the Avengers, has been on the rampage for several hours now. It has been confirmed that the angry green rage monster has stomped vampire Barnabas Collins into his native soil once and for all, shouting "Puny vampire!"
Dateline Pandora: Asgardian God of Thunder and Avenger Thor travelled to this distant planet and laid waste to the native inhabitants. A vicious race of blue skinned religious zealots, the Pandorians were bent on interstellar conquest while passing themselves off as benevolent and peaceful. The thunderer told reporters, "those smurfs had it coming." 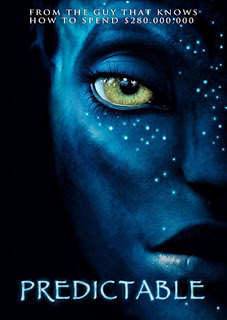 Dateline North Atlantic: After expressing displeasure with his on board suite, billionaire Tony Stark, also known as the Avenger Iron Man, has bought the Titanic--and sunk it. You heard it here first, ladies and gentlemen. There was no iceberg. Oh, and Stark reportedly referred to the journeyman artist Jack Dawson as a yellow bellied coward and an "Oliver Twist."
Dateline Hogwarts: Captain America, the heroic soldier of World War Two and leader of the Avengers, led a raid into a wizard's school on the British isles this weekend. When asked by reporters why students were detained, the Captain informed us that reports of demonic activity, including moving pictures, fantastic creatures, and an emphasis on the Dark Arts were more then enough reason to shut down the school. There has been no comment from Headmistress McGonagall as to possible retribution. 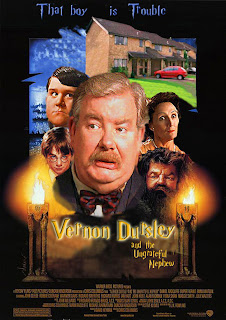 Dateline Empire: Loki, the treacherous Asgardian god of mischief, was sighted holding the Imperial Death Star hostage this weekend. The Dark Side powers of Darth Vader and Emperor Palpatine were helpless against the trickster, who unleashed an army of Loki duplicates against the storm troopers on the battle station. Loki was only satisfied and left peacefully after the galaxy's most annoying life form, Jar-Jar Binks was executed. 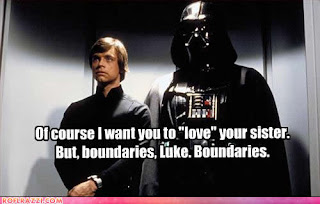 Posted by William Kendall at 11:14 AM