The Down Home All Country Civil War 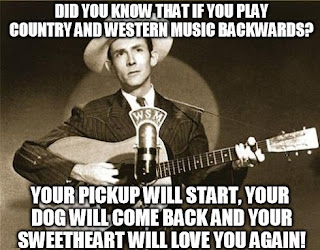 Nashville (AP) It has been raging for three years now, unnoticed by much of the country and much of the world, what with other distractions taking place. But in the countryside of Davidson County, Tennessee, a bitter war plays itself out between acolytes of two different singers. The vendetta between country singer Miranda Lambert and pop star Gwen Stefani has seethed and festered ever since the latter stole away the former’s husband, Blake Shelton. 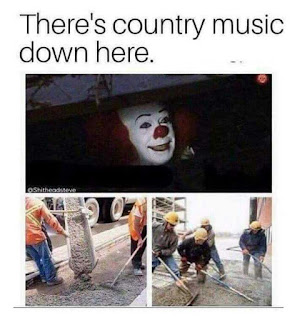 In a war waged both on the field of battle and in the pages of the tabloids, the two musicians have been at each other’s throats. Lambert still maintains her home in Davidson County. Despite being more of a West Coast personality, the former No Doubt lead singer Stefani has been living with Shelton at the residence they own elsewhere in the county. Both women have declared each other mortal enemies. Their fans have taken up sides, organizing themselves into regimental formations and taking their orders from their idols. Some were already living in Davidson County. Others have moved in since the war broke out. 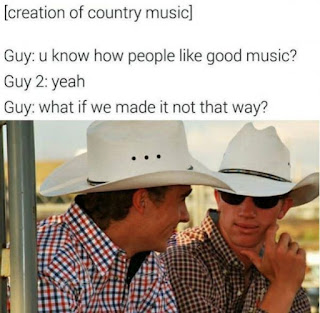 Local sheriff Joe Garrett wishes he had never heard of any of the players. “It’s weird, I’ll admit,” he agreed. “There are a lot of country musicians in this part of the state, after all. I shouldn’t be wishing things like that about an industry that’s big here. But I can’t help it. You know, back in the day, it wasn’t like this. Oh, sure, Johnny Cash and Waylon Jennings could be tough guys and rebels with attitude, but they also understood when to leave it at the door. And yes, Kenny Rogers was known to drive through the country roads at twice the speed limit, but that was about it. Incidentally, you don’t want to know how many traffic infractions this department issued to Kenny.” 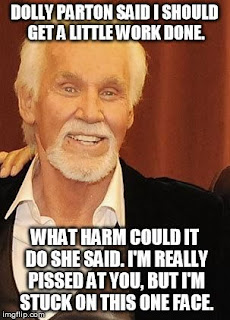 Garrett paused before going on. “Now we’ve got these two singers. Fine, one stole the other’s husband. That happens. I get it, you’re mad. Well, you can move out of the area. Or if you insist on staying, you can have a restraining order filed to insist that they leave the state. That wouldn’t be unreasonable. A lot of people would probably feel sympathetic. But instead, what do we have?Roving militias of Gwen and Miranda fans getting into mass brawls with each other three times a week and taking shots at each other. Fortunately, they’re really bad shots- I mean, there have been no bullet wounds. But I’m filling my holding cells regularly during the week with jackasses who keep getting into fights.” 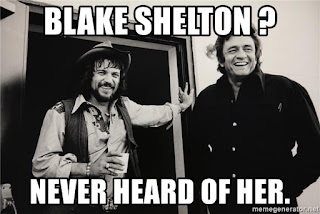 And then there is the fact that both singers have amassed their own arsenals. Lambert and Stefani have built up a stock of tanks, field artillery, missile launchers, and a multitude of guns. They’ve taken to walking about in military camo clothing and referring to themselves as generals. “Gwen’s also calling herself the Fabulous Supremacy,” Garrett noted. “I’m just calling both of them the Splitting Headache, and one that I can’t get rid of.”

When asked why the authorities are permitting the build-up of private arsenals and the movements of private armies, Garrett shrugged. “Are you kidding? This is America, and the NRA won’t allow us to do anything in terms of regulating arms. If you’ve got enough money, you can buy pretty much whatever you want. Even nukes. Oh, God, please don’t let them start thinking of nuking each other…” 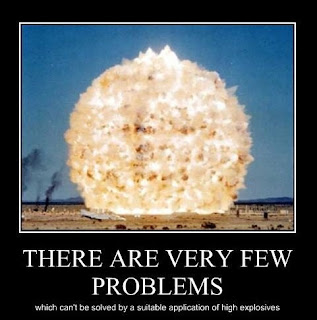 “It is ridiculous,” a studio executive, speaking on condition of anonymity, admitted in the country music capital. “In country music, our musicians turn situations like this into a big hit of a song, say about the one that got away and took their house and their pick-up truck and their dog, and all they’ve got now is their friends to drink away their sorrows with, by way of good old fashioned Tennessee whiskey. That’s the way to do this, not to have your fans taking shots at each other and engaged in massive fist fights while drunk, and not while naming yourself a general of your own private army and walking around in camo gear. You do, for instance, what Taylor Swift always does when a relationship falls apart. Write a song dissing the guy and move on with your life.” 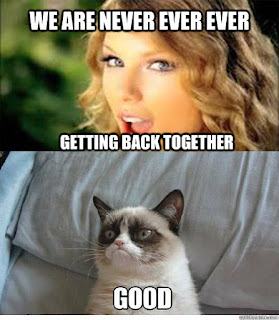 He paused before continuing. “We’ve tried to mediate between Miranda and Gwen, but every single time we do, they just dig in their heels and get all the more stubborn about it. And for what? I mean, Blake Shelton? Why the hell People once named him the sexiest man alive is beyond me. Have you looked at the guy? He’s the sort who got hit in the face by the ugly stick a few too many times. And there’s not much going on around his ears either, for that part.” 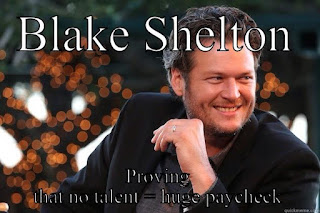 Shelton himself has tried to stay out of the whole affair. Despite all of this starting with an affair. Once half of the country music industry power couple, his marriage to Lambert ended after he started judging on The Voice and taking up with Stefani in 2015. “I get it, really I do. She’s mad. Okay, fine, set my pickup truck on fire. But there’s no need to gather a collection of tanks and organize your own militia just because I’ve moved on with my life.” When it was pointed out to him that Stefani was doing the same thing, he shrugged. “Well, Miranda started it.” 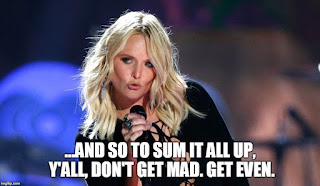 Miranda Lambert spoke to a rally of her forces two days ago, in full Lambert Nation military garb. “Who are we going to fight?” she yelled.

“The Stefanites!” they all yelled back in response.

“And why?” Lambert called back.

“Because you said so!” each of them said in unison. 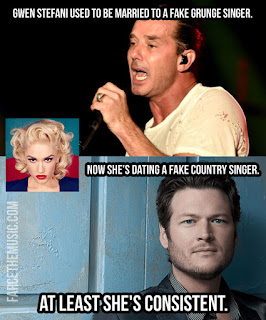 Across the county, at the Shelton-Stefani ranch, Gwen Stefani was with a gathering of her own fans and militia. All of them in camo gear, many of them toting signs reading ‘Gwen is a Fabulous Supremacy’ and ‘Down With Lambert’ or ‘Hella Stefani’. Like her bitter rival, she has taken to wearing a customized military uniform while around her troops. “We did not choose to start this fight!” she called from a microphone set up on the back porch, looking out at hundreds of her troops. “They did! But we will be the last standing, brothers and sisters, in this, the new American Civil War!” She received rapturous applause, and then began an acoustic performance of a new song she’s titled, ‘Nyah nyah nyah nyah, Miranda’s a loser’. 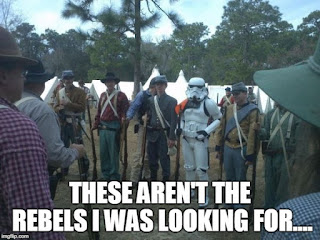 Is this a new American Civil War? Not according to re-enactors of the original Civil War, who take their history seriously and turn up at battlegrounds and various events in Union or Confederate garb. Sam Wainwright, a member of the 1st Maryland Cavalry re-enactors, sighed with an expression of dismay when this reporter spoke with him. “The real Civil War was complex, with serious issues. It’s an insult to those who fought in that war, on both sides, to call what goes on between those three idiots a civil war, despite what the tabloid covers call it, and despite the fact that their fans are armed and fighting with each other.”

He paused for a moment. “Besides, I’m on Team Swift.” 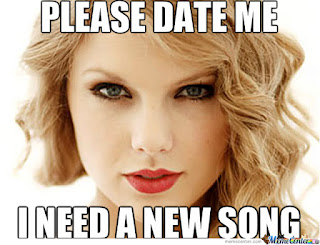