The Super Bowl is coming up this weekend. I shall be avoiding it at all costs, given that I find it nearly as tedious and boring as golf, tennis, and soccer, but here's my take on the overblown affair. 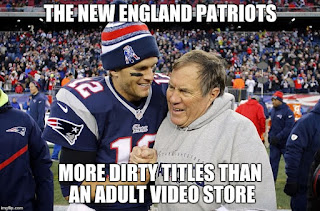 Minneapolis (AP) The biggest party of the year, as it is sometimes called, is set to go off this weekend in Minneapolis. Super Bowl LII, the fifty second edition of the championship for the NFL- about the only organization still using Roman numerals for some bizarre reason- is being hosted this year in Minnesota, featuring the perennial favourites the New England Patriots against the Philadelphia Eagles, who haven’t won a league championship since before the Super Bowl era- 1960. This reporter, who has never seen much point in the game at all, has been doomed to cover it this week by a cranky, volatile, and violent minded editor who really needs to (editor: shut up!) 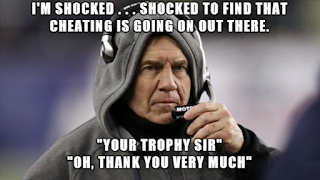 This reporter, whose grouchy editor is the subject of an ongoing restraining order preventing any contact aside from email (editor: what did I tell you about shutting up? Shut up!) has been in Minneapolis as of late where the winter is cold and the U.S. Bank Stadium is getting ready for the big game. The annual extravaganza, which seems to take forever and is filled with spectacle, music, endless big commercials (and a really boring game) somehow manages to pull in huge audience numbers.

NBC is broadcasting the game this year, taking its turn as one of the three broadcasting networks affiliated with the NFL. The pre-game broadcast will start many hours before the evening kick off, and no doubt will feel far longer, while the game itself will of course stretch interminably, interrupted regularly for commercial breaks featuring overly expensive commercials meant to stand out from the crowd. In the days leading up to the event, tailgate parties and other special events have been taking place in Minnesota’s Twin Cities, with fans of many NFL teams streaming into the area 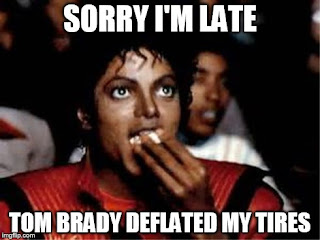 Along with this reporter, who frankly hates the game and is being punished by a grouchy editor (editor: I hate you! Oh, do I hate you!). Having had already been doomed to be at the Super Bowl by the aforementioned grouch in previous years (honestly, the paper has plenty of sports reporters who are already here, and I’m not a sports reporter), this reporter is here, putting up with plenty of cold temperatures, grateful for two things: distance from his cranky editor and the awareness that he is also equally far from another frequent assignment- press conferences by Michael Bay. 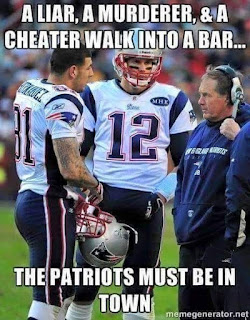 Most sports pundits are predicting the Patriots will repeat yet again as Super Bowl champions. They note that with an asterix, given the frequent charges in recent years of the team cheating in one way or another. Led by quarterback Tom Brady, looking to add a sixth Super Bowl championship to his name, the team has dodged questions in recent days about their tactics, which have included spying, surveillance, and deflated balls, all of which have caused a shadow on recent championship years. Head coach and dark lord of the Sith Bill Belichick has gone out of his way to dodge the press and the questions. 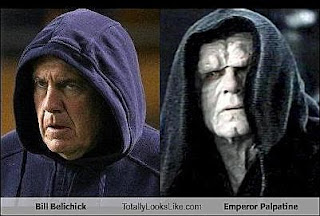 Businessman and team owner Robert Kraft, who isn’t quite as quick on his feet as the surprisingly swift Belichick, shrugged off the allegations of previous cheating when cornered by the press. “Look, it’s not that big a deal. Everybody plays at least a little dirty from time to time. And if that’s the worst thing a football team can be accused of, how bad is that? Do I have to remind you that we’ve seen football players commit murder?”

“Yes, your former player Aaron Hernandez,” this reporter reminded him.

Kraft looked irritated. “Dammit, why did you have to bring him up?” 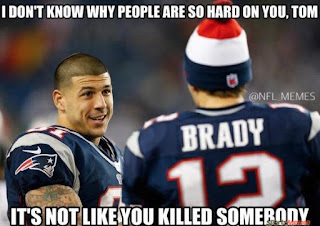 “Well, you’re the one who started it by saying it,” this reporter noted.

“Yeah, sure, but… look, that’s all in the past, doesn’t matter, not to anyone, even to the families of whoever the **** Aaron was accused of killing.” Kraft strode off, perhaps regretting signing Hernandez.

Anonymous sources suggest that Belichick and Brady have been busy in the run-up to Super Bowl Sunday spending time with a voodoo witch doctor. “It’s like this, you see,” Don’t Use My Name admitted. “They’ve got voodoo dolls made of the entire starting lineup for the Eagles, and they’re talking about whether or not they should use pins or lighters on them. It’s spooky, man, real spooky. And I know spooky, all right? I was in ‘Nam, and I’ve seen some real scary ****. Wait, don’t quote me on the ‘Nam thing, there are only so many vets in the Patriots organization. You’re not quoting me on that, are you?” 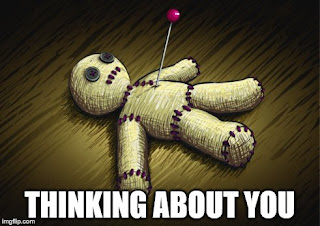 Entertainment has been lined up for the big event. Two singers will open things up: Pink will do the national anthem, while Leslie Odom Jr. is scheduled to sing America The Beautiful. The halftime show, often described as outdoing the game on pure spectacle, is to feature Justin Timberlake, back again after being featured twice previously (including the infamous Nipplegate halftime show of 2004). This leads this reporter to wonder what it is about Justin Timberlake that has anything to do with football, but that’s usually been the case with Super Bowl shows. (editor: shut up! Lots of people like him!) 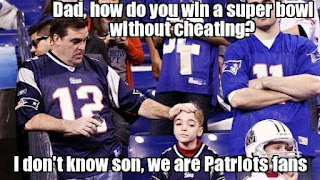 Someone else has been wandering around Minneapolis in recent days, trying to get attention. The one time football legend turned one note actor turned notorious murder suspect on trial turned convict for another matter entirely O.J. Simpson has been seen in recent days prowling the official functions and the tailgate parties. The seventy year old former resident of the Lovelock Correctional Center, who was released in October, having had served a few years of a 33 year sentence for a fumbled armed robbery and kidnapping conviction (this years after the so called Trial Of The Century for double murders in regards to his ex-wife Nicole Brown and her friend Ron Goldman) has been seen here. He’s spent time signing autographs, drinking with cronies, and ignoring suspicious glares from wary people. This reporter has some previous history with the Juice, who has threatened to kill him before. 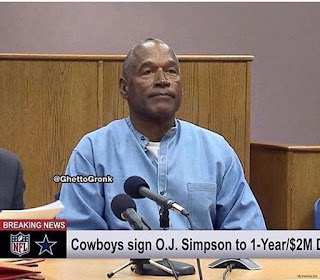 “It’s like this,” Simpson told a crowd of reporters, looking worn out and older than his years. Prison has not been good to him. “I’ve ****ing got to have something to ****ing do. The Juice has got to make a ****ing living. So I’m here to shake hands with those ****ing team owners and make my ****ing case. You want me to coach the team? I’ll coach the mother ****ing team. You want me to play? These ****ing legs have still got it. You want me to consult with the ****ing players on how to get away with horrible acts? I’ll do that too. Wait, don’t ****ing quote me on that last one, okay? I was just joking, right?”

He laughed, being the only one doing so. The reporters gathered round were looking uncomfortable. Police officers assigned to security at the pre-game festivities were watching carefully. Simpson fell silent, as if realizing he was the reason for the uncomfortable tone in the air. Then his gaze fell on this reporter. He stared, and stared, and stared some more. And with that, recognition seemed to dawn in his eyes. “Hey! It’s you!” Recognition changed to anger. “You’re that mother ****er of a mother ****er who ****ed me over by saying I threatened to ****ing kill you, mother ****er!” 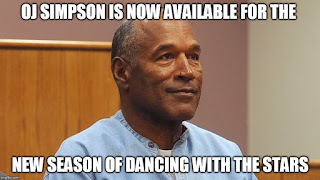 The police started moving in while Simpson kept raising his voice. “Get the **** over here! I wanna get my ****ing hands on your ****ing throat, mother ****er!” By now, four police officers were closing in on Simpson, wading through the reporters. “You ****ing take that back, you ****ing hear me? I’ll ****ing kill you if you don’t take that back!” Simpson was pulled away by the police, out from the crowd of reporters, kicking and screaming incoherently.

His official spokesman, Kato Kaelin, stepped in, and simply said, “No comment. Except a reminder to watch my new reality show, coming soon on MTV. We’re calling it Mooching In Style.” 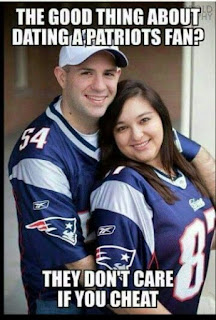 And with that, the scene was at an end. Simpson spent the night in custody and was put on a plane back to Florida in the morning, after being told not to return to Minnesota ever again. Brady and Belichick continued to evade reporters. Hordes of fans continued to pour into the city in anticipation of what is sure to be an endless, boring, pointless game that will not go down in memory. And this reporter, doomed by the aforementioned cranky editor…. (editor: shut up, or I give Simpson your home address)

In the opinion of this reporter, his editor needs a really big bag of weed. 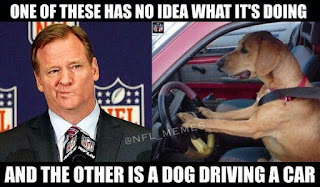