A Day In The Life Of A Cat

And so it is time, since the dog had the first say, for the resident cat to have the last word. Your Grace? The slobbering hound is gone. 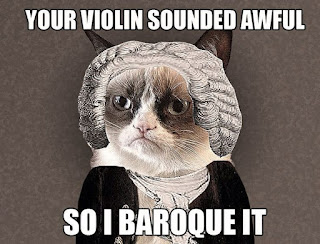 7:09 AM. Waking up at home. Taking a big stretch. Yawning. Dreamed of endless fields of catnip. One of my favourite things. Along with belly rubs- three strokes only- followed by breakfast, and taking over my staff’s lap at times that are most inconvenient to her. 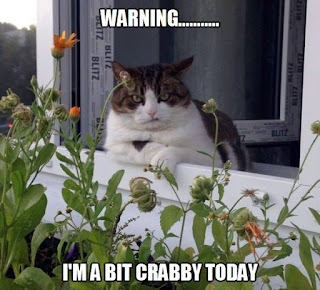 7:13 AM. Sitting on the back of the couch, peering out into the early morning. Brooding as I gaze out on the vastness of my domain. A look at the calendar. Not many days left in January. Which means we’ll soon have stories about groundhogs dragged out of their burrows by guys in top hats, seeing or not seeing their shadows, and people grumbling about six more weeks of winter. I don’t know what they’re complaining about, but then again, let’s face it, I don’t spend much time outdoors when the temperatures drop around the freezing mark. 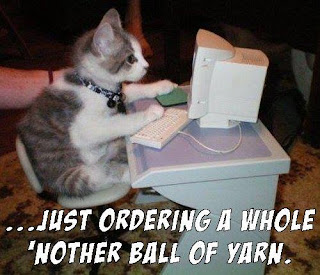 7:18 AM. Pacing on the back of the couch, looking upstairs. Okay, I can hear the sounds from upstairs, so I know the staff is up and about getting ready for the day. Come on already, staff, it’s high time you get started on my breakfast. 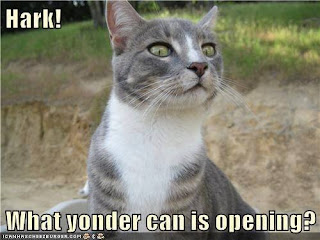 7:23 AM. Wondering what point is sufficient for me to go up there and start meowing loudly. 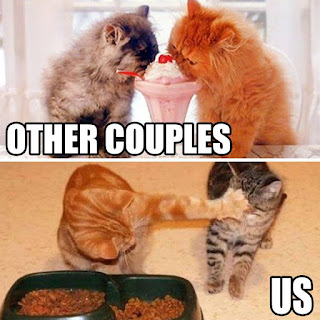 7:27 AM. The staff finally comes downstairs. I greet her with head bonks to the legs and meows. Now then, staff, it’s time for my breakfast, and I have certain demands that must be met. Now first and foremost, I know you ignore my repeated informing you that I don’t care for field rations, so for the love of Isis, stop putting down a bowl for me. Second, why are you up this late? You should have been downstairs a full half hour ago just to put a plate in the fridge, because I like lightly chilled plates for my morning meat. Third, despite what you might think, I am not high maintenance. 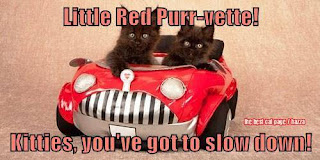 7:28 AM. Expectantly watching my staff preparing my breakfast. Licking my lips in anticipation. 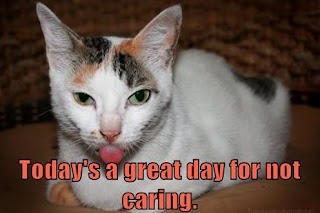 7:30 AM. The staff has put down my breakfast. A bowl of milk and a plate of chicken is to my satisfaction. True to form, she persists in putting down a bowl of field rations too. Staff, I will simply have to train you better. 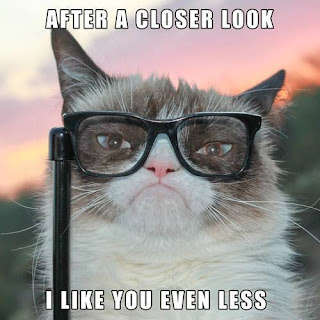 7:32 AM. Finished my breakfast. I have left the field rations alone. I shall let the staff have some peace and quiet while she gets to her own breakfast. After all, she has work today, and she can’t be late for that. Because if she’s late for that, she’s late to get home and spoil me rotten. 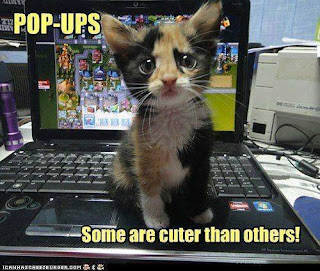 7:38 AM. Muffled barking in the distance. That vile hound, no doubt, out for his run. I wish he’d see his shadow and disappear for six weeks. 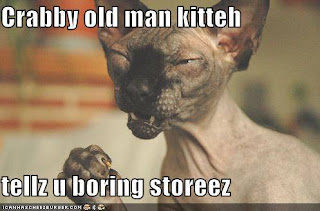 7:46 AM. Bidding farewell to the staff as she’s on her way out the front door. Now then, staff, don’t you even think of procrastinating in terms of getting yourself home this evening, because I fully expect to see you promptly back so that you can spoil me. 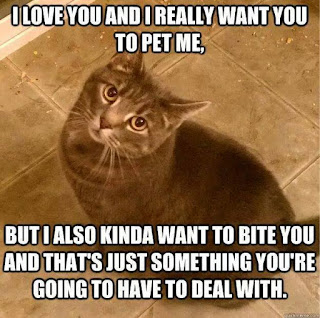 7:48 AM. Watching the staff depart in her car. Still hearing distant barking. The mutt sounds furious. Maybe he’s chasing his tail and can’t understand it’s attached to him. 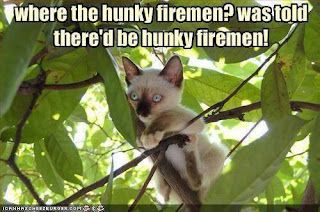 8:27 AM. Still sitting on the back of the couch. Barking persists. Is he trying to set a record for longest consecutive barks? 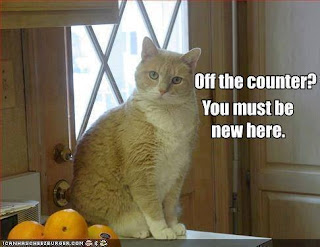 8:52 AM. The barking has finally ceased a few minutes ago. Time, I think, for a nap. 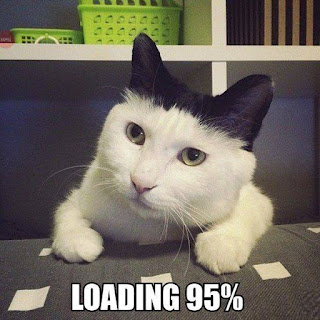 11:39 AM. Waking up. Yawning and stretching. Feeling quite well rested. 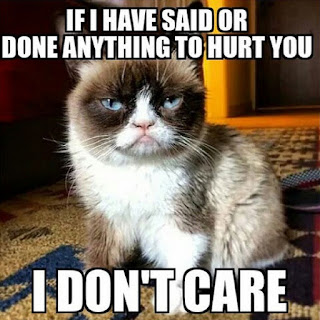 11:49 AM. Wandering into the kitchen. Eyeing that bowl of field rations. Considering options. 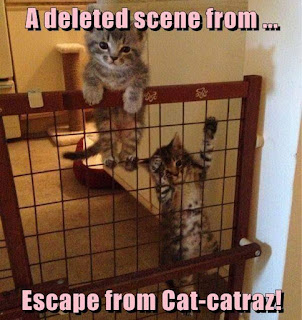 11:50 AM. Despite my better judgment, I help myself to some of those field rations. It’s a long time until dinner, after all, and I was feeling hungry. 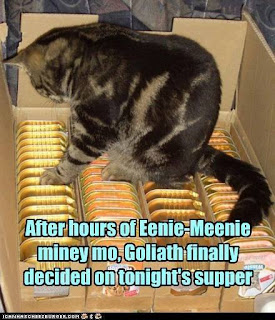 1:31 PM. Barking from down the road. A glance at the clock confirms my suspicions. The mailman must be dropping things off. Why dogs persist in their hostility towards mailmen is beyond me. If you want to bark your head off, bark at the vet. They deserve it and worse. 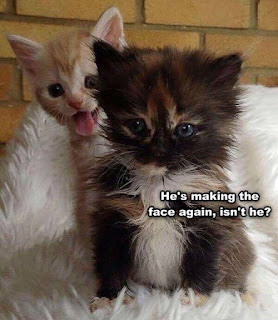 2:02 PM. Giving my claws a workout on the scratching post. In doing so I have triggered some residual catnip on the carpet and it’s about to set me off into a catnip frenzy in five, four, three… 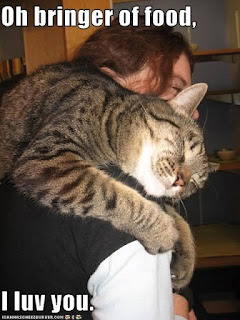 2:37 PM. Coming down from my catnip frenzy. Have sprinted through the whole house, upsetting scatter rugs as I have gone along. I have no idea how I ended up on top of the fridge though. I’ll say this much: a catnip frenzy certainly does tucker you out. 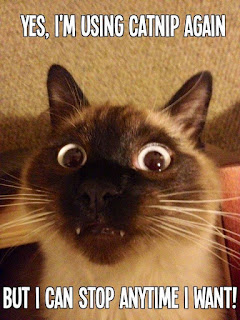 4:54 PM. Waking up from my nap, still on top of the fridge. This is not my usual napping spot. Though I am rather fond of the contents. 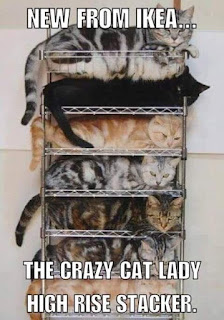 5:09 PM. Watching something on the History Network. At least what used to be the History Network, because I fail to see what much of its programming has to do with history. It’s about Groundhog Day, and there’s some frazzled looking academic going on about the Sacred Order Of The Groundhog. Oh, brother. Turn this off, there’s no way I’m going to dumb myself down with something even less plausible than a Dan Brown plot. 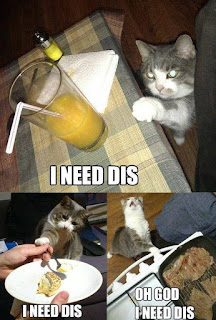 5:30 PM. The staff walks through the front door. I greet her with head bonks and hellos and all that fun stuff. Tell me, staff, did you happen to pick up any catnip while you were out? I’m just saying, one can never have too much catnip. 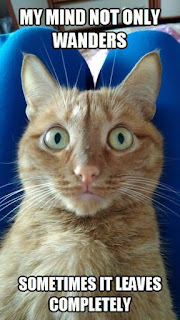 5:55 PM. Supervising the staff while she’s making dinner. Whatever it is, it smells good. 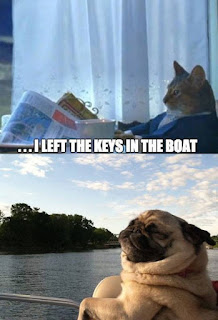 6:36 PM. Dinner with the human. She’s cut me up some lamb strips. Very good, staff. I must say, why you insist on having kale with yours is a mystery. I mean, isn’t that something rabbits would enjoy instead? 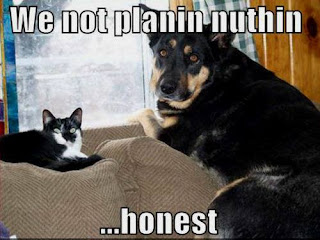 8:27 PM. Lying on the staff’s lap, interfering with her attempts at reading. Life is good. 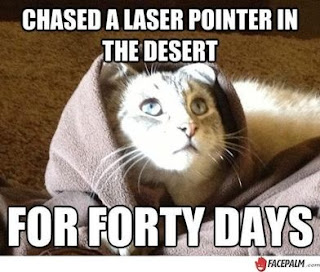 11:42 PM. The staff is off to bed. Very well, staff. Sleep well. I shall maintain a watch down here overnight. In between naps. But don’t close your door. You know and I know that neither of us like it very much to have me meowing my head off at four in the morning demanding to be let in.

I prefer to pounce on you with no warning. 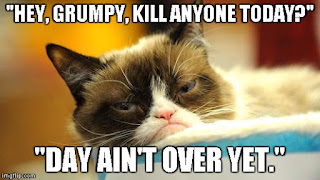