The Dragon Boats Upon The Waters

Since I'm in the midst of a lot over at my photoblog, today I'm presenting a photo post here. The Ottawa Dragon Boat Festival has been happening here since 1993 each summer. The four day festival brings together rowing teams to Mooney's Bay, a wide portion of the Rideau River, for competition, and raises money for charity along the way. Corporate sponsorship seems to take care of the overhead expenses- organizing this event is a year long job, with offices downtown- while the competing teams raise money for various causes. The event has benefited over forty charities since 2004, when the idea of making the event a charitable one started up.

This was the first year I'd gone down- usually as a photoblogger, summers are so busy for me that some events get passed over. I decided that I'd have a go at it this year and post my shots here. I came down on the last day of the event, the last Sunday in June, where teams were out on the water, some coming in from racing a heat, others getting ready for a heat. While this was my first time at the usual Dragon Boat Festival, the organization this past winter held one for the first time on the ice of Dow's Lake during Winterlude, which you can see here. 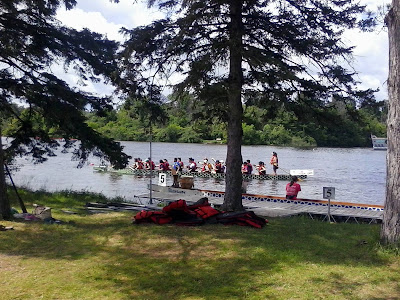 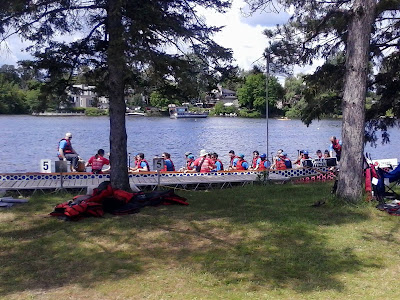 I found numerous shelters set up as I walked through the park, where teams were resting in between heats, getting themselves pumped up for a race, or chatting about what was to come. 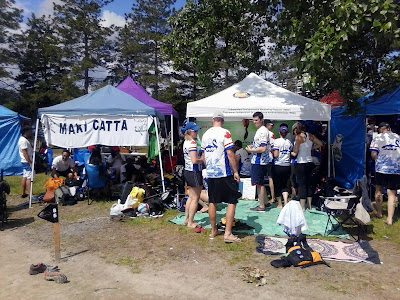 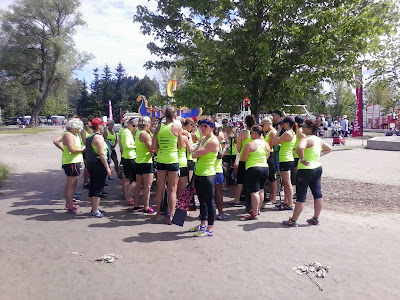 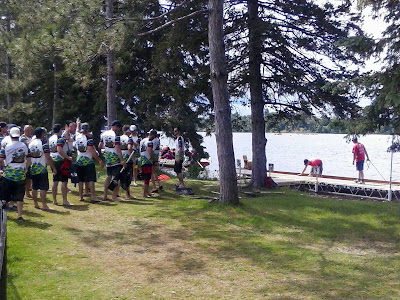 There's a lot here for spectators, from concessionaires to a playground for the kids to music in the evenings. The park was quite busy, and the weather was okay at the moment, though that day was somewhat unsettled. 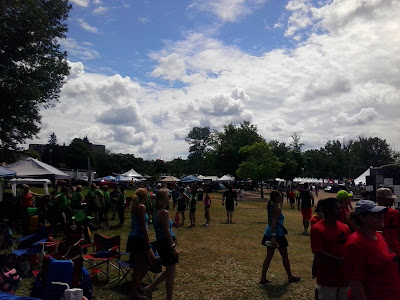 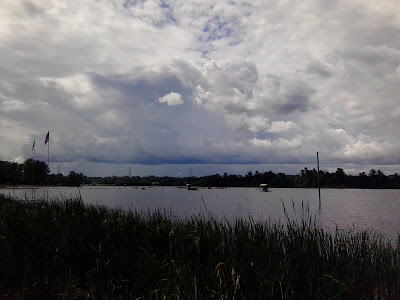 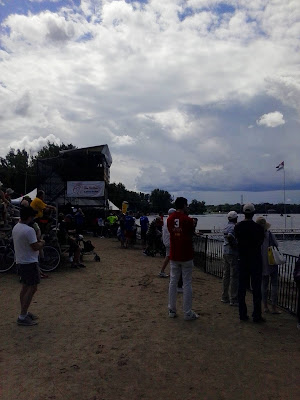 Out on the water, boats were getting lined up for a 100 metre dash. I can tell you they moved a lot faster than they did on the ice in February. 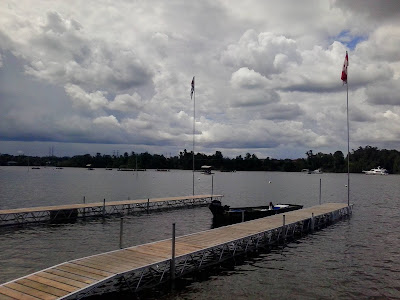 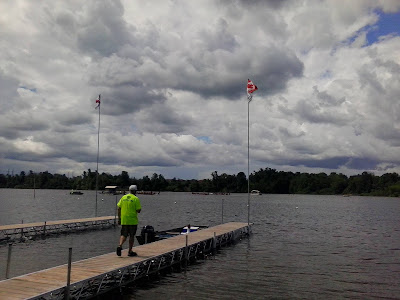 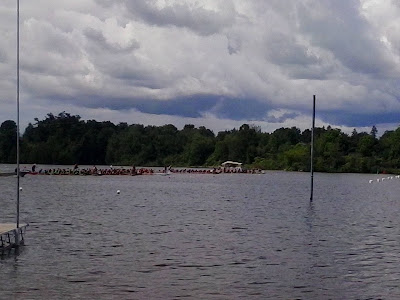 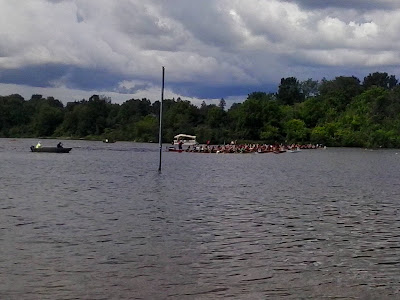 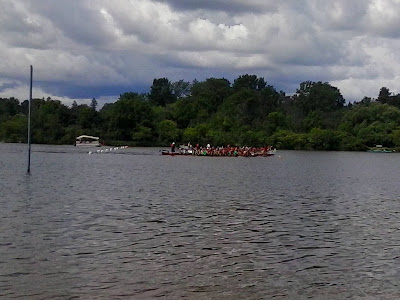 Leaving, I happened to come across a row team in the midst of doing a spot for the cameraman. I overheard some of what they were saying- I think this team was from the town of Barrie, Ontario, which is a few hours drive away, so people do come a long way for this event. 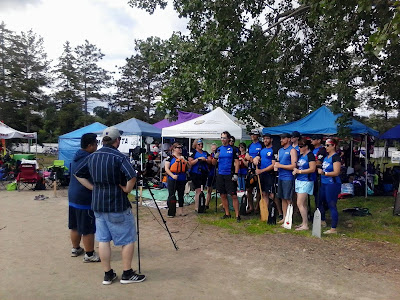