Exploring The World At Home

As I've been very busy in my photoblog as of late- I am in the midst of a series on Canada Day at the moment- I am presenting today another photoblog post here. Ottawa Welcomes The World is an ongoing event through the year presented in collaboration by the city, numerous embassies, and other organizations in turn. Countries have a day or two (or more) to present themselves at Lansdowne Park. As part of the Canada 150 celebrations, the idea was put forth to present the world through this series. The result is a mixture- artisans, photography from other places, music and performance, documentary films, food, and more, all presented in the Horticulture Building. Two events in recent days caught my attention. First it was Rwanda's turn, and when I visited, dancers were on stage in traditional attire. These crafts caught my eye. 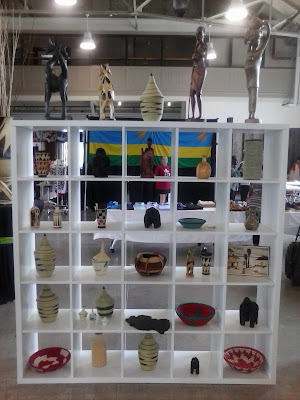 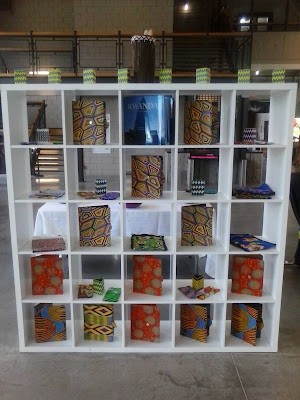 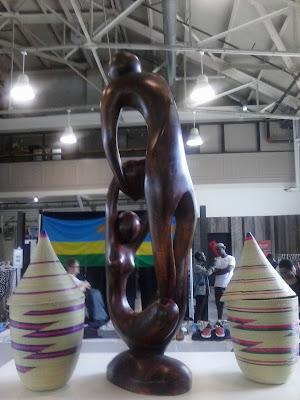 As did the photography mounted on the wall. 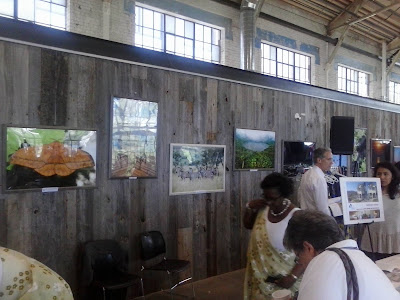 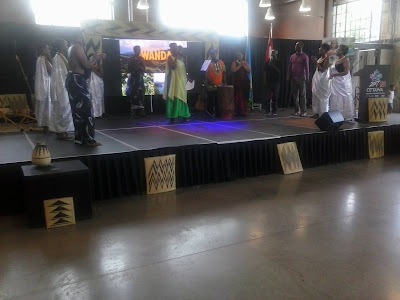 A couple of days later it was Taiwan's turn. A Buddhist charitable organization that specializes in emergency response was near the entrance, and its members showed me a number of things, including this useful item. It is easily transportable into disaster zones, a chair that folds down into a bed and can be used in emergency shelters. They've used these in places like Nepal after the 2015 quake, as part of their work. 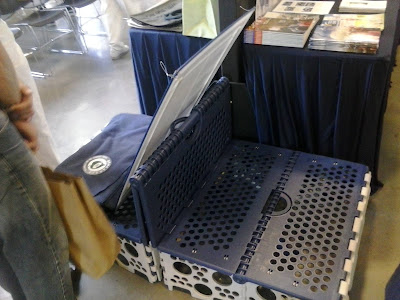 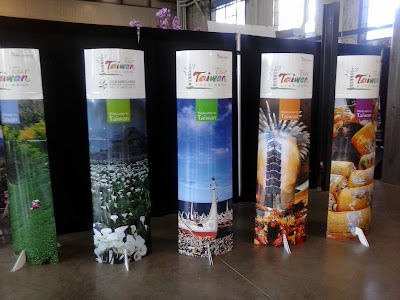 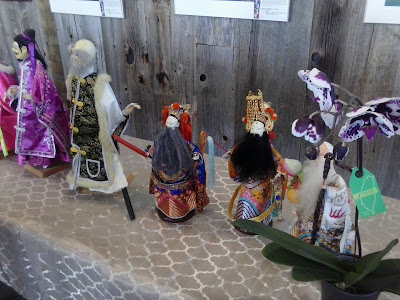 As did the photographs mounted on the wall, this strange landscape among them. 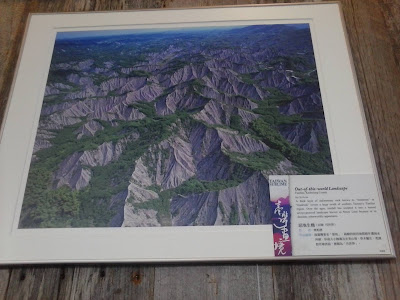 But this was the show stopper landscape. Jade Mountain as it's called in English doesn't usually look like this- Taiwan's location in the tropics doesn't allow for permanent glaciation, and snow is fleeting high on its mountains. But the mountain itself took my breath away. 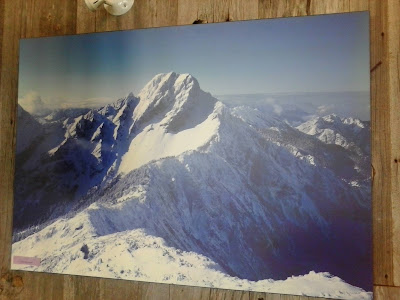 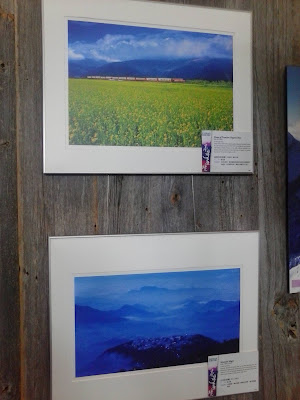 This floral arrangement was set up. It was done in the shape of the main island, and placed over a boat, one done in the traditional indigenous style of Pacific Islanders. 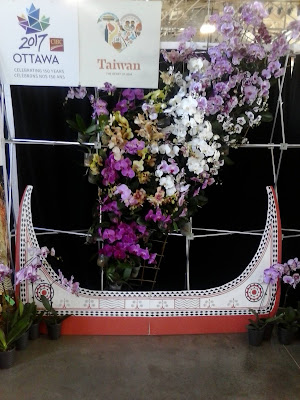