Lighting Up The Capital In The Evening

As I mentioned in the previous post, I came back downtown to Glowfair a week ago today to see the event in the evening. At the south end, the lights were on. 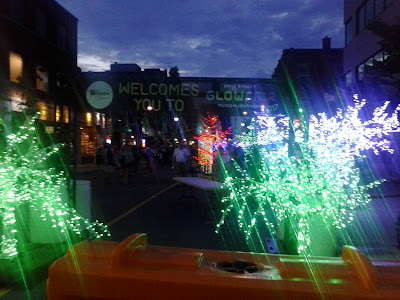 I passed by this chalk artist at work. Nearby were large sheets for anyone to write or draw on in chalk. 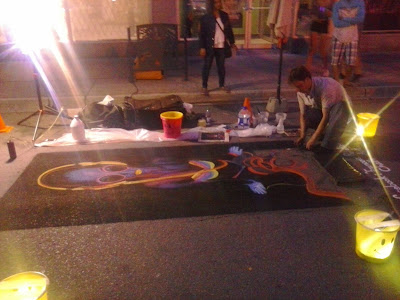 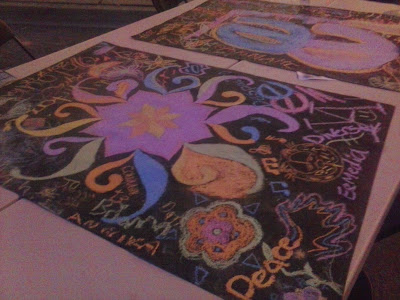 There was also a group of aerialists present, part of a group called Aerial Antics. I'm going to have a series on them over in the photoblog, but wanted to give a hint of it here. 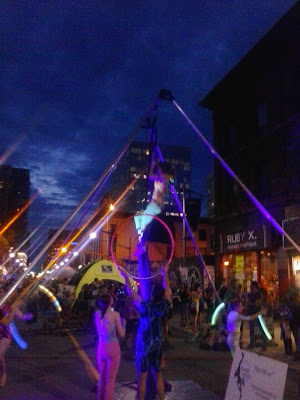 Another look at a couple of the murals I showed in the previous post. The artist in the second one was busy filling in the goats. 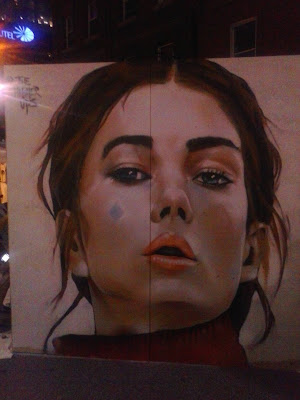 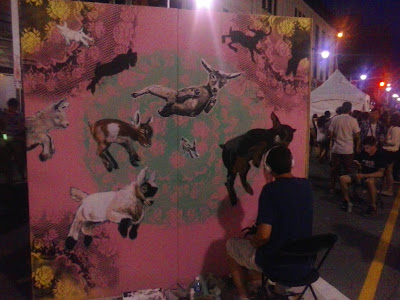 This street artist was nearby, using spray paint on a canvas instead of regular paint. 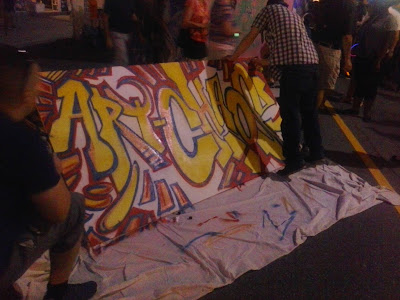 Glowfair does have something of an educational perspective. Such was the case when I came across a booth put together by the Canada Science And Technology Museum. One of our national museums here in the capital region, it has been undergoing extensive renovation and repairs, and so has been closed, but is due to re-open in November. The demonstration was on fire- using cotton balls and a bit of fuel as the source, the fire was channeled by placing a glass chimney around it, thus creating a fire tornado effect, something that can also be seen during forest fires. 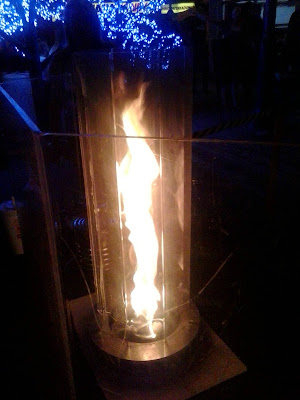 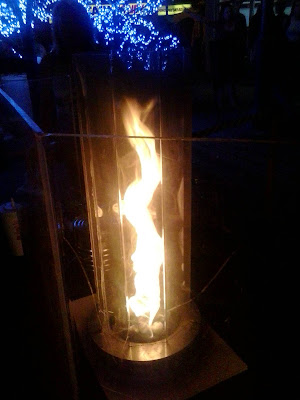 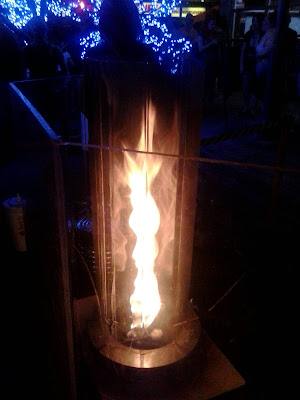 These caught my eye. Jackie Oh is the name of the artist, at Sense 11 Art, and she had several of her works on display. 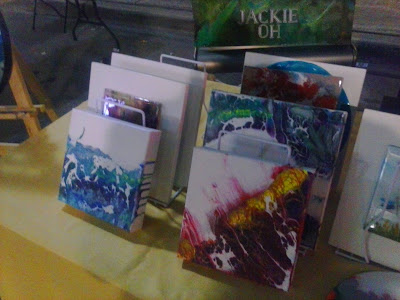 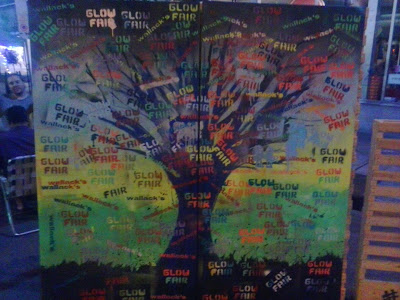 Coloured lights were being projected onto the facade of one of the buildings, Barrymore's, a night club. I took several shots and decided this one was my favourite. 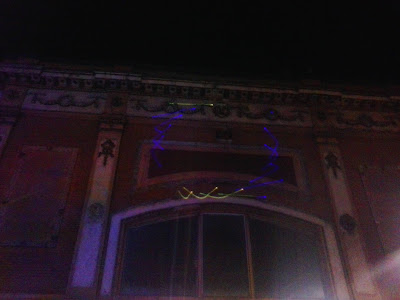 Another one of those fun but educational things. A camera at the base of the screen caught passersby, while on the screen itself, balls dropped around them- and reacted when a passerby might try to kick the virtual balls. 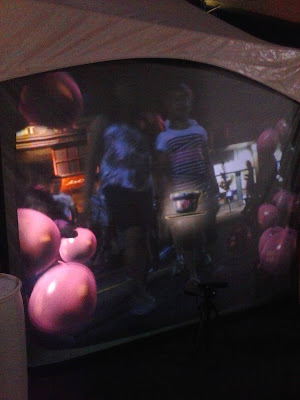 Coming back to where I started, these trees were quite popular for photographers. I'll be using a couple of shots from here for a theme day at my photoblog, as well as from another part of the festival for another theme day. 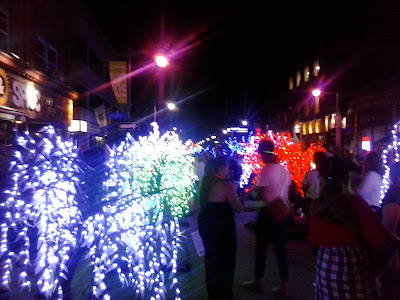 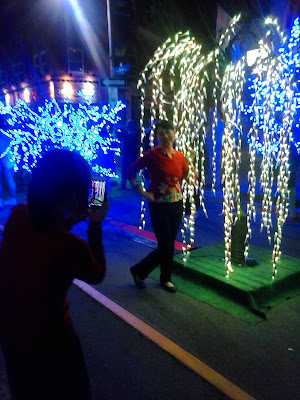 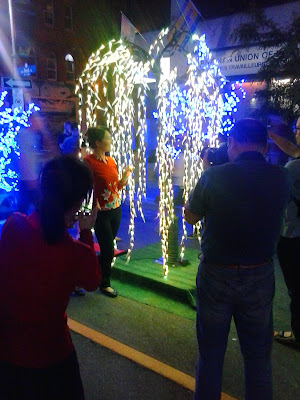