It is time once again for the point of view of the dog and the cat, starting, as always, with the dog. And with that whole convention next week in Cleveland, it seemed like a good idea to get their perspective. 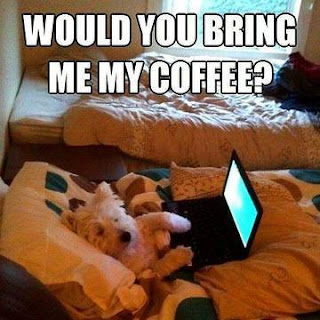 7:22 AM. Waking up at home. Feeling pangs of hunger.  Haven't eaten since those cookies I swiped at nine o'clock last night without the human noticing. 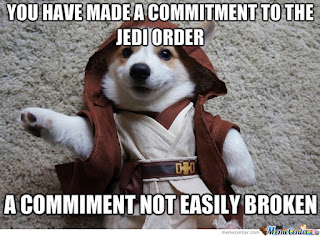 7:26 AM. The human comes downstairs. Human! Hello! Is it a wonderful day or is it a wonderful day? Tell me, how about we get started on some breakfast? Because just between us, I’m feeling quite a bit peckish right about now, and could benefit from a bite to eat. 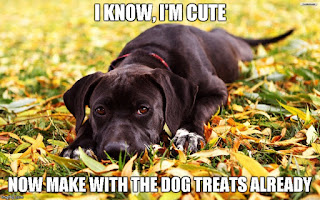 7:29 AM. Gobbling down a big bowl of kibbles. Boy, does this taste good! 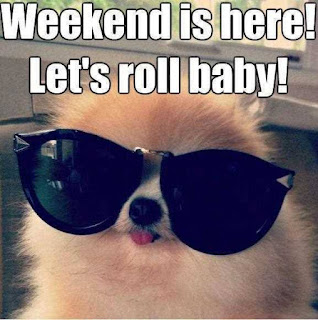 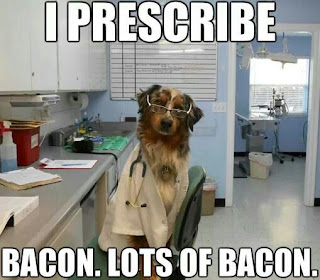 7:41 AM. Running through the back fields, barking like I’ve lost my mind. I’m sure that cranky cat pretty much thinks I’ve lost my mind, or gone off the map, or started chasing my tail, or whatever it is cats think we do. Cats are strange that way. 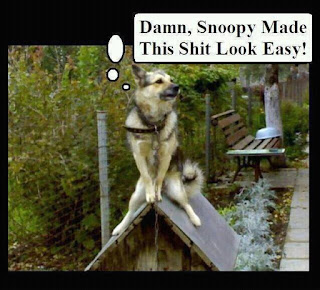 7:58 AM. Stopping in to see Spike the Magnificent, Tormentor of Squirrels. Hello, Spike!

7:59 AM. Spike and I have exchanged greetings in the customary canine manner of sniffing butts. I wonder why humans don’t do that. Surely it would make more sense than that shaking paws thing... I mean, shaking hands thing they do. Who came up with that idea in the first place? 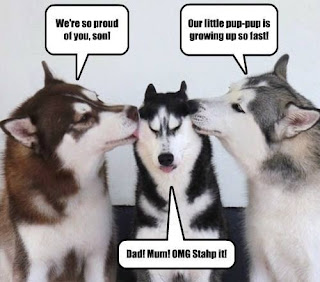 8:01 AM. We confer on movements of the enemy. The squirrels have been curiously quiet as of late. We expect they might be amassing a secret plan to take over the world. Either that or they’re just not that fond of summer heat. 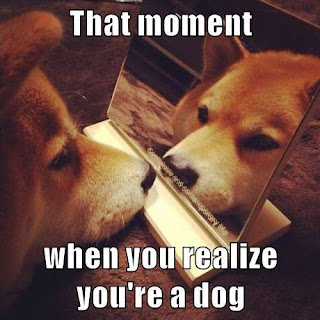 8:03 AM. Spike tells me that there’s that whole thing starting up today, a convention for a bunch of people who use an elephant as their symbol and have an orange skinned lunatic as their candidate. Yes, I’ve been watching the news too. There’s never a story out there on the taste consistency of dog treats. I don’t know about you, Spike, but elephants like eating peanuts, right? Just like squirrels. That surely must mean the elephants and squirrels are in on it together, right? 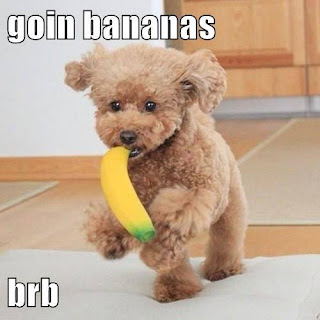 8:05 AM. Spike remarks on how glad his humans are to be Canadians and not have to put up with that sneering guy wearing the weird hairpiece. My human wonders how many guinea pigs were sacrificed to make that hairpiece. 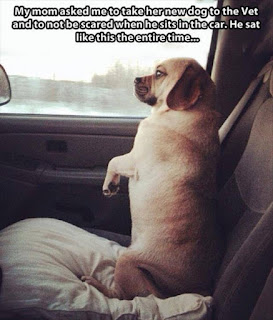 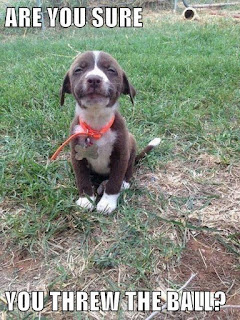 8:21 AM. Returning home. Human! Loki, Chewer of Slippers and Annoyer of Mailmen, has returned! 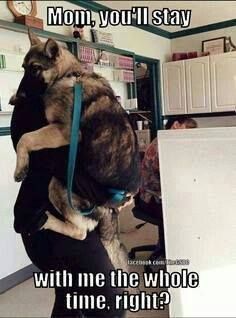 8:32 AM. Okay, sure I’ve only been up for an hour and some change, but you know, it’s a hot day, and I think a good nap is in order. Circling around in the living room precisely three times before settling down on the rug. Just the way doggies should do. 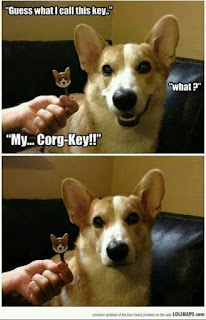 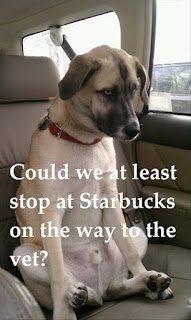 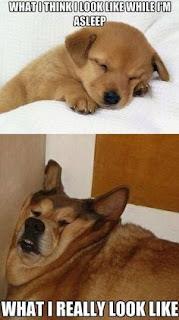 1:29 PM. Barking at the mailman as he stops to leave some mail. Hey! Get lost, you monster! 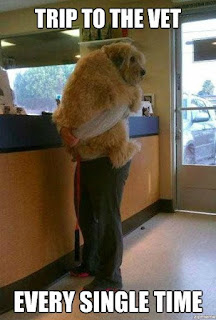 2:09 PM. Engaged in serious canine philosophical debate with myself. Is it true that the dog wags the tail... or is it possible- just possible, mind you- that the tail wags the dog? Or is that just too metaphysical and weird? 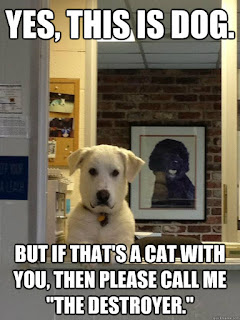 5:28 PM. Waking up from nap. Nice smells of food coming from the kitchen. Ah, good, my human’s making dinner. 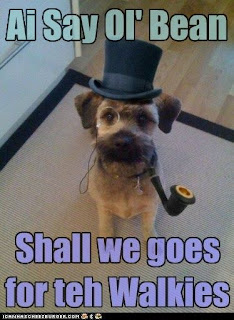 6:35 PM. Supper with the human. Some shepherd’s pie for both of us. Well done, human, I do so very approve, you know. 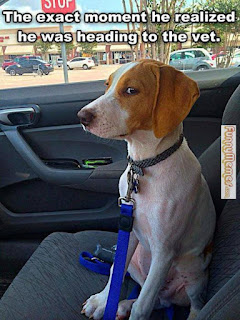 7:03 PM. Supervising the human while she washes the dishes. You never know when a human might need a good barking at to keep at it, after all. 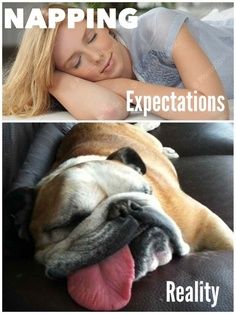 7:41 PM. The human has the television on. The talking heads are blathering on about all eyes around the world will be on Cleveland for the next few days. The human tells me that no one in their right minds would want to go to Cleveland. Why’s that? Is the whole city run by cats? 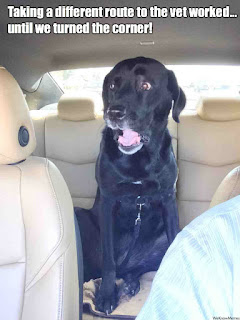 8:03 PM. The news has that awful guinea pig hairpiece wearing dolt sneering and yelling. The human starts describing him with a series of curse words that would shock a nun. Human? I didn’t know you had that sort of vocabulary. 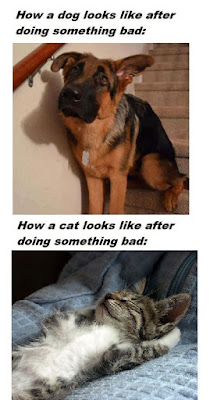 8:04 PM. The human turns off the television. She says she has no interest in replacing a television, and if she continues to hear the voice of that Trump person, she’s going to end up throwing something at the screen. Okay, that makes sense. I can see why he’d have that effect on people. 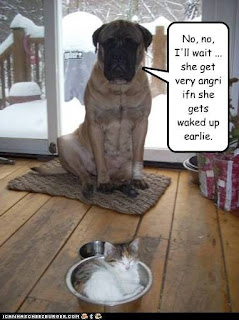 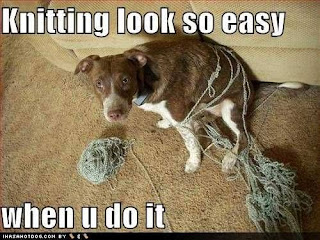 11:00 PM. The national news begins, with the anchor telling us that earlier this evening, Donald Trump had himself yet another cringe worthy moment when he declared that his first act in office will be to drop a nuclear bomb on Paris. The president of France is not amused. 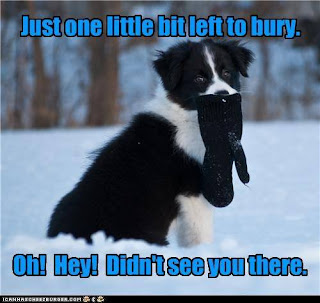 11:36 PM. The human is off to bed. Well, good night, human. I’ll stay down here. You know, if you ask me, it would be better for all concerned if humans just elected dogs to run things. We’d ban mailmen, wag tails, and see to it that there are dog treats in every kitchen. 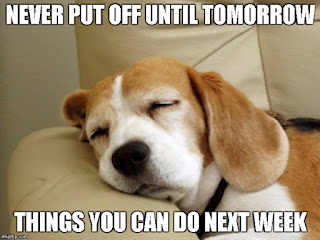