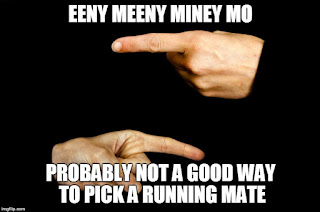 New York (AP) With the Democratic National Convention getting started this week, and Hillary Clinton often going on and on about what she calls “her precious”, all eyes are on Philadelphia, where the party will be giving the former Secretary of State what she has always wanted- the nomination for the presidency and her ticket to power. There has been much speculation as to who Clinton would be designating as her Vice President. Some more cynical observers have noted that the Vice President would be far more important than usual given the inevitable impeachment of President Clinton (the Second). 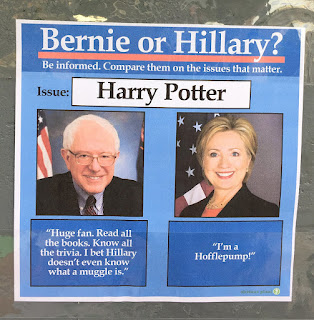 Numerous Democrats have been jockeying for the position, while party operatives have been trying to push other names. Elizabeth Warren has been set aside, given concerns by the candidate that she would be constantly upstaged by “someone more likable than me.” Bernie Sanders, who gave Hillary a run for her money throughout the campaign before finally throwing in the towel, has been set aside as a possible contender, given the fact that the two dislike each other. Ultimately the task- and perhaps the future presidency- was given to Senator Tim Kaine of Virginia.

It wasn’t just Democrats trying to get the job. Last week, in the midst of the Republican convention, members of the press were summoned to a press conference in New York by an enigmatic invitation alluding to the Democratic Vice Presidency. Gathered together in a hall at the Javits Center, reporters speculated as to who might be trying to make their own bid at the proverbial second chair. Might Joe Biden be making a second go at the job? Or even odder, did Bill Clinton himself want the job? 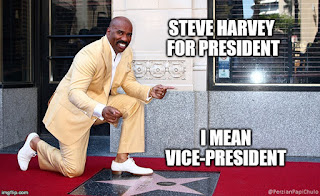 Finally a spokesperson came out on stage, calling for the attention of the assembled media.  “Ladies and gentlemen, thank you for coming,” the woman said as she stepped up to the podium. “Without further ado, well, here she is. She really needs no introduction, because everyone knows her and loves her.”

The spokesperson stepped aside. Music started to blare- some sort of house music or hip hop; this reporter really can’t tell the difference. And out onto the stage walked a short woman with big hair and orange tanned skin. Reporters gasped, rolled their eyes, and found themselves wondering how a washed up reality show star from Jersey Shore could have managed to assemble them all together under false pretenses.

She was Nicole Polizzi, otherwise known to the world as Snooki. Waving to the crowd, totally oblivious to the eye rolling, sighs of dismay, and shaking of heads, Snooki strode up to the podium, only to find that she couldn’t see over the top. “Damn it!” she blurted out, reaching up and managing to grab the mike. “Who the **** didn’t put a step stool here like I asked?”

Snooki came out from behind the podium, glared at her spokesperson, who stood at least a foot taller than her, and then faced the media, pasting on her vacant grin with the dimwitted expression in her eyes. “Hey there!” she called out, waving again. “Thanks for coming!”

“Are you just wasting our time?” one reporter inquired of her. 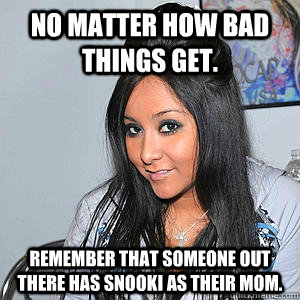 Snooki looked confused. “Why do people keep asking me that?”

“Because it’s a pretty reasonable assumption,” this reporter said.

“Look, no, no ****ing way,” she assured the reporters. “Am I the sort of person who’d waste your time? No, of course not. I mean, what am I, a Kardashian?” This reporter rolled his eyes, wondering what would be more tedious and annoying, sitting through this or sitting through a drunken ramble by one of the Kardashians. “By the way, are we broadcasting live?” 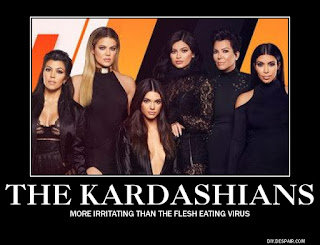 “No, we’re not,” one of the television reporters replied for all of her colleagues, looking at her watch, no doubt wondering, as this reporter was, how long she might have to put up with this sort of nonsense from a washed up MTV star.

“Well you’ll wish you were,” Snooki promised. “Because I’m here to announce my candidacy for the Vice President of the United States, on the Democratic ticket with my BFF Hillary.”

Reporters stifled laughter. One asked, “BFF? Have you ever actually met her?”

Snooki shrugged. “No, but what the **** difference does that make anyway?” 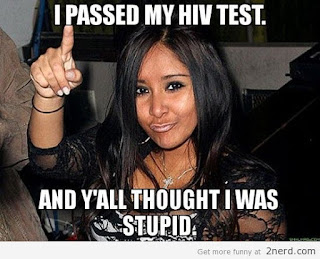 “Guido?” this reporter challenged the idiot. 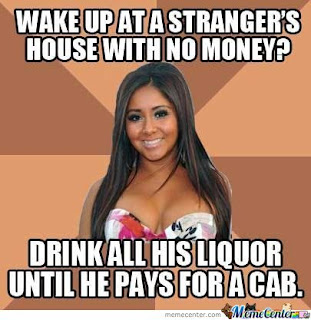 “That’s what I call everybody. Guido, wop, douchebag, whatever slang term comes to mind,” Snooki explained. “That doesn’t matter. What matters is that I can bring the young beach going Jersey vote to Hillary for the big win in November. All she has to do is say pretty please, Snooki, and promise to let me be president one day out of every week. ‘Cause I’d like to send the Navy SEALS to bust up the Situation’s ass.” She was grinning with maniacal glee, in a way that suggested she wasn’t quite playing with a full deck.

“You can’t be serious,” another reporter objected. “Of course I am,” Snooki declared. “And you know what else I can do as Vice President. Say Hillary needs Bill outta her hair? I can keep the First Dude distracted. Pretty much the same way Monica kept him distracted. I really am the perfect choice for the job. I’ve got attitude, street smarts, a great rep with all the hip people, and I’ve got orange skin. I can be the anti-Trump. Anyway, that’s my announcement. Hillary, have your people call my people, and we’ll do lunch!”

She left the stage, and reporters found themselves snickering, sighing, shaking their heads, and wondering if they’d woken up in some pocket universe where reality had gone haywire. Of course, with the other party fielding a candidate who’d spent his own years in reality television, the world had already gone haywire long before now. 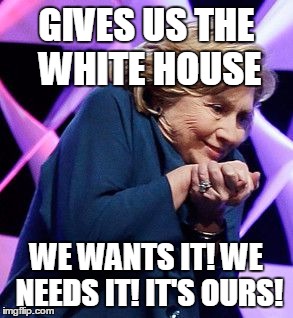 The last word goes to an unnamed member of the Clinton campaign, a distinguished older fellow using the codename El Cigaro. He laughed off the offer by Snooki. “You know, as much as I’d enjoy being distracted... I mean, as much as Bill would enjoy being distracted by Snooki in that fashion, her bein’ the Vice Presidential candidate? It just isn’t gonna happen. Hillary, or the ol’ ball and chain as I like to call her, shook her head, said something like, Hell no, and then started muttering, my precious, my precious, it’s mine, they stoles it froms us. You know, between you and me and Monica, she might be gettin’ a little bit obsessive about the whole thing. Don’t tell her I said that, okay? She’s got me by the short hairs.” 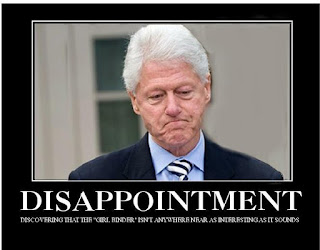