Before we get ourselves started today, check out Norma's blog, where her latest post is on children's allowances.  Parsnip has her latest Two Square Dogs post up, featuring the irresistable Scotties Hamish and Watson. And Winterlude is well underway here in Ottawa, so go on over to my photoblog where I have been busy taking shots of the festivities. Now then, today with the Olympics underway, I decided to play around with the reputation of Darth Putin... aka Tsar Vladimir The Great. If I should happen to meet a bad end, blame Mr. Sweetness And Light. 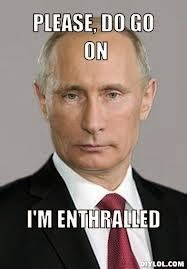 Sochi (AP) The Winter Olympics opened yesterday in this resort town on the Black Sea, with controversies overshadowing the event. From concerns over terrorism to Russian President Vladimir Putin’s mixed messages on the rights of LGBT people to the massive costs of the Olympics, the international community has been uneasy with these Olympics. A brief press conference before the opening ceremonies did not help matters.

Putin appeared with the new IOC President Thomas Bach, a former gold medalist in fencing, to speak with members of the international press. Putin dismissed questions about the unfinished work on buildings and his government’s stance on gay rights before going into his prepared remarks. “The Sochi Olympics are ready to take on the world! We will not speak of the readiness of the city. We will not speak of the concerns of perverted non-traditional people. We will not speak of security concerns. And we will not speak about the costs of this affair. No. We will only speak of positive things. For the next two weeks, the glory of Russia will be on full display. The world will be in awe of Mother Russia! They will tremble at our might! They will see us for the rightful power that we are! And when we are done, they will all bow before us, and before me, as the leading nation and the ruler of the world!”

“You are aware you said that out loud?” a Reuters reporter asked.

”Silence, you dog! I will have you horsewhipped for speaking out before I permit it!” Putin told the correspondent with an icy glare. 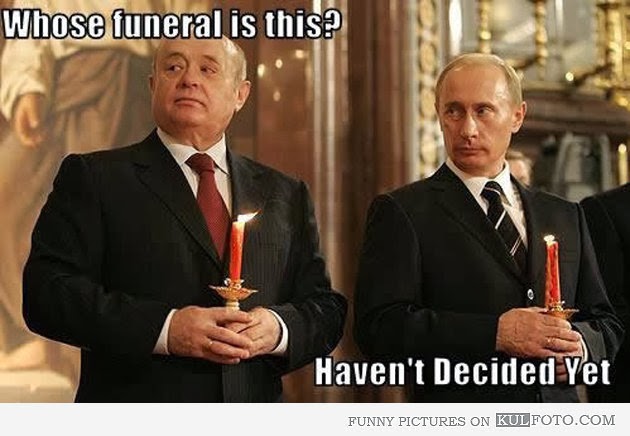 “You do realize that the rest of the world is watching every move you make, and threatening reporters asking legitimate questions about your megalomaniacal statements constitutes behaviour that is of great concern?” a reporter with the New York Times asked.

Putin looked around in dismay. “I don’t understand. Russian journalists usually fall in line and do what I tell them, or I have them sent off to the gulag. Why are these people not fawning all over me?”

Bach looked stunned into silence. Putin continued. “Where was I? Oh, yes, in the middle of glorifying Mother Russia. Yes, the world has come to Sochi to bask in the magnificence of these Olympic Games. Where else can you stand under a palm tree before going off to see some ski jumping? Only in Sochi! Everyone who is anyone has come to Sochi. My good friend Silvio is here, and I assure you, all the Russian hookers and Viagra he could possibly need have been provided. Berlusconi does have some unusual wishes, after all, and I have no problem seeing them met. Who else is here? Well, that matters not. All leads road to Russia during these Games, and that means I get all the glory. Which is why I have this.” He took a gold medal out of his jacket.

Bach looked confused. “President Putin, those are for athletes,” he quietly reminded Putin.

“I am athletic!” Putin insisted. “I’m going to have it engraved. World’s Greatest All Time Leader sounds modest to me.” 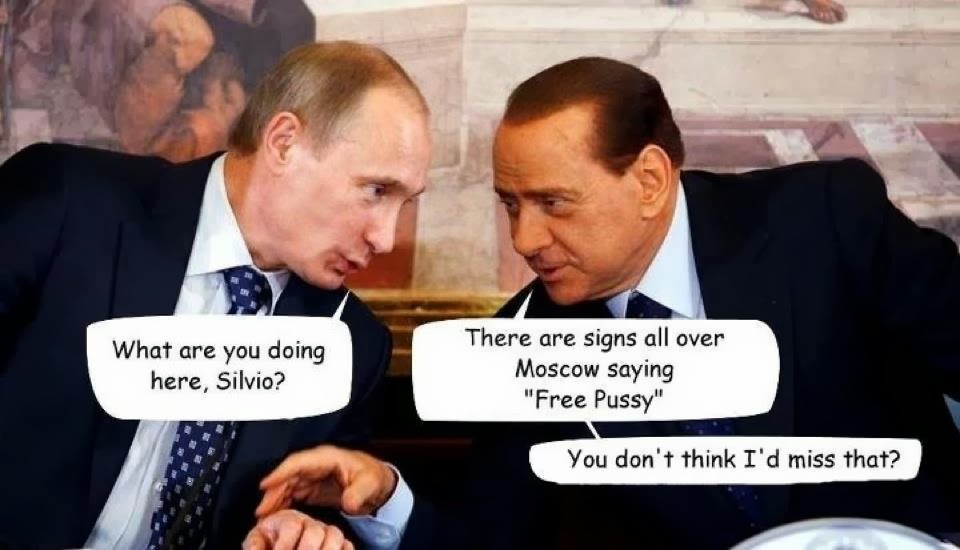 “President Putin,” a correspondent with AP spoke up. “There are grave concerns about the status of these Olympics. Environmental and social damage caused in the area around the facilities. Readiness of the Games. The potential threats of terrorism in your borders. And your human rights record, which is frankly appalling. Not to mention the cost overruns which are way over the top…”

“Quit wasting my time with relevant questions,” Putin replied. “Look, it’s all very simple. When these Games are over, the world will quake in fear and terror at what Russia is capable of, and…”

“You realize that we all just heard what you said?” the Reuters reporter commented.

Putin stared at him. Then he looked at Bach. “Have that reporter shipped to Siberia.”

Bach sighed. “First of all, you can’t do that. Second, I’m not one of your henchmen. And third, even at this late hour, it’s not too late to pack up and go back to another previous host city. Vancouver’s pleasant this time of year.”

Putin rolled his eyes. “Whatever. Fine, reporter, though I would have you shot for disrespect, this time I shall be merciful. Do not ask me any more questions. Unless they’re fawning questions that point out how utterly magnificent I am. Now, if you’ll excuse me, I have an opening ceremony to preside over with my benevolent iron fist. And it will be the grandest opening ceremony of any Olympics past present or future. With me as the focus of all attention.”

Putin left, with Bach in his wake, looking physically ill. One of this reporter’s colleagues spoke up. “Is it just me, or does Vlad seem to have an overly developed ego?” 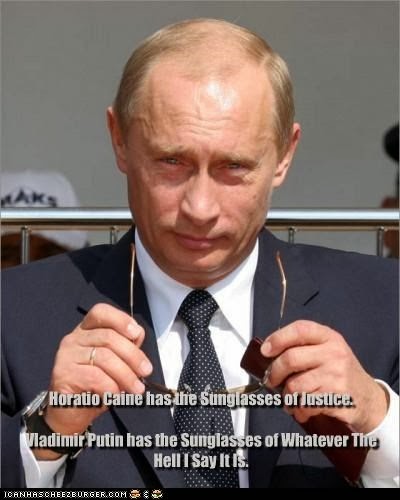 Posted by William Kendall at 7:51 AM