Beware The Wrath Of A Freckled Redheaded Girl 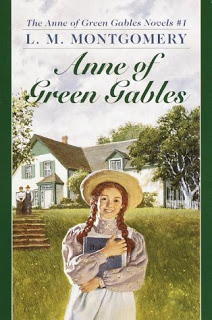 "There's a lot of different Annes in me. I sometimes think that's why I'm such a troublesome person. If I was just the one Anne, it would be ever so much more comfortable, but then it wouldn't be half so interesting."

"It's all very well to read about sorrows and imagine yourself living through them heroically, but it's not so nice when you really come to have them, is it?"


"You'd find it easier to be bad than good if you had red hair... People who haven't had red hair don't know what trouble is."

"Marilla, isn't it nice to think that tomorrow is a new day with no mistakes in it yet?"

"It's so easy to be wicked without knowing it, isn't it?"

All of the above are from the works of Lucy Maud Montgomery, who wrote the stories of irrepressible orphan Anne Shirley and the world she lived in through a series of books through the early decades of the twentieth century. She was a Canadian writer, wife of a minister, whose ties to Prince Edward Island come across clearly in her writing, though portions of her adult life were spent in other parts of the country, including not far from where I grew up. Montgomery wrote novels, short stories, and more, leaving behind a wealth of literary material that's still read and loved today. 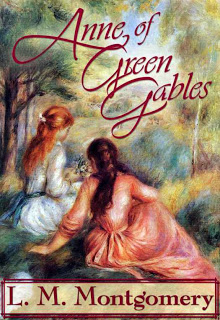 Anne of course is her signature character, an outspoken, bright, red haired child who first comes into the lives of an older pair of siblings, Marilla and Matthew Cuthbert. Anne has a talent for getting into trouble and a tendency to speak with a dramatic flourish, and the stories follow the bond between this peculiar child and these two older people who aren't sure what to do with her. As the girl becomes a young woman, she experiences life and loss, her spirit irrepressible. It's a character that speaks to people around the world on a profound level, and the books have given life to television adaptations, to an entire industry devoted to this freckled redhead. Go to Prince Edward Island, and you'll find stage productions dedicated to Anne each summer. You'll find the farmhouse, Green Gables, and the places that inspired the Haunted Wood and the Lake of Shining Waters.

As a Canadian icon, Anne seems to have permeated the national conciousness. I've read and loved these books and the world she lived in. It's not that hard to identify with Anne. By extension, it's easy to really get to like her, even when she's inadvertantly getting into mischief. We're as used to the books as we are to the adaptations that starred Megan Follows as the lead. When we think of Anne, we think of that redhead in pigtails, thin as a rake and completely incorrigible. That's the image the books give us, played out faithfully in those adaptations. 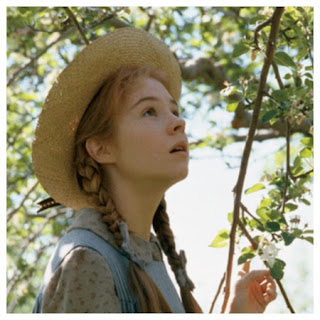 When a book is in the public domain, as these books are, anyone can actually publish that book without compensation to the author or their estate. While it's true that the books are in the public domain, the heirs do have rights to protect the image and legacy of Montgomery and her characters, and have organized along those lines for years. And then this week, this new edition has come to light.... 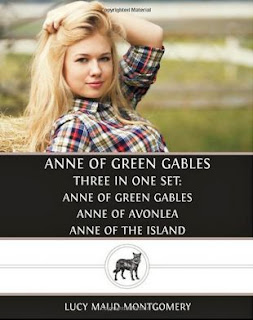 This doesn't look like Anne. This is a buxom strawberry blonde with a come-hither look and bedroom eyes, dressed like a cowgirl. This isn't a redhead. This isn't Anne. It looks like an ad for a new television drama. (Complete aside: I can see some marketing chimp right now devising this sentence: coming this fall from CW: the lives, loves, and scandals of three horse racing families in Kentucky Blue Grass, at nine every Thursday. Second complete aside: if Kentucky Blue Grass turns up on the CW, I'm demanding royalties)

This makes one wonder about how many different ways you can spin it for adult entertainment. Anne of Avonlea becomes Anne Does Avonlea. And it puts an entirely new angle on the friendship between Anne and Diana Barry, her kindred spirit and "bosom friend". I can just see what Vivid Entertainment would do with this. 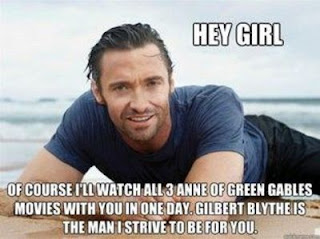 You can imagine that fans of that redhead orphan are quite annoyed. The heirs of Montgomery are displeased too, but it might be that the notion of using this is a way of getting around the whole getting permission from the heirs by going with a radically different image for a cover than what the reader would expect. Or whoever's behind the publication of this edition picked up a stock image by googling Sexy Cowgirl (which, of course, you're going to do, now that I've mentioned it, aren't you?) and figured they could go with a cheap stock image, having had never read the book themselves in the first place.

The social network is ablaze with irritation about this story. Readers take Anne Shirley quite seriously, and they're not happy. At Amazon, terms like disappointing, offensive, joke, ridiculous, hilariously horrifically inaccurate, bad taste, and trashy are being used to describe the cover. And that's just on the first three pages of comments. The venom is unleashed, and the rage is growing. Where will it stop? Perhaps when the idiot who made the bone headed decision to go with this cover is unmasked and tried before a jury of redheaded annoyed Anne Shirleys for crimes against literature. With a redheaded Anne as the judge. And as the prosecutor.

Then we can have the boneheaded  idiot dropped into the Lake of Shining Waters. 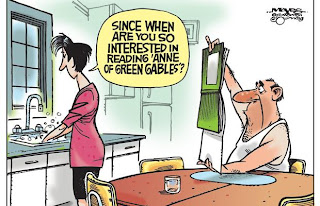 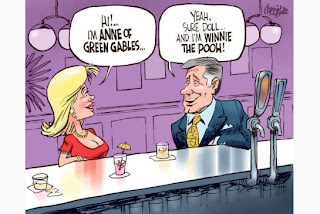 Posted by William Kendall at 12:38 PM