What Do You Mean, You Unleashed A Plague Of The Undead? 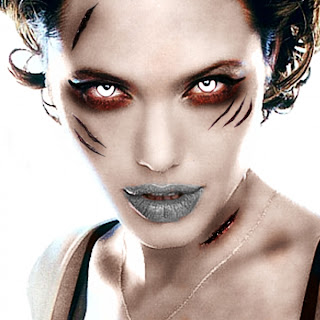 "Oh no! The dead have risen and they're voting Republican!" ~  Lisa Simpson
"To eat, or not to eat brains, that is the question." ~ Zombie Shakespeare
"Fourteen score and seven years ago, our fathers brought forth on this continent a new nation, conceived in liberty, and dedicated to the proposition that all zombies are entitled to brains." ~ Zombie Lincoln, the Second Gettysburg Address
"Braaaaaaaiiiiinssss!" ~ Malcolm Porter, Rapid City zombie district commander, January 4th, 2021 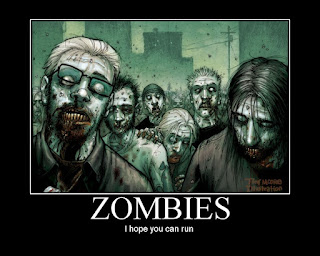 And so we return once more to the genre of the brain eating slow-witted undead today (no, not the cast of Dancing With The Stars). The zombie. As I've shown you before, the zombie is a strange beast in the horror genre, muttering incoherently (mostly about brains) and shuffling about in large numbers in a post-apocalyptic world, while a small group of humans race to prevent themselves from being the next blue plate special at a zombie smorgasbord. 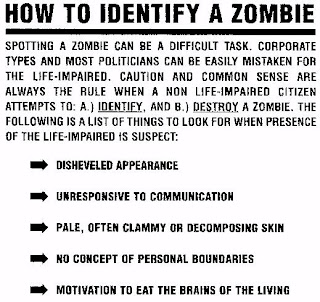 Okay. Let's say the impossible has happened. You wake up, find yourself in a world where most everyone around you has become a zombie. They're out for brains (if you're still a living breathing person, they'll be after yours, and no, it doesn't matter if you two used to play golf together). So they'll be out for you. I can't imagine that being torn apart by a horde of zombies will be a pleasant death.
What kind of world will you be facing? Well, obviously a bad one. Zombies will be the majority, and they'll get themselves organized. They might even run for elected office. 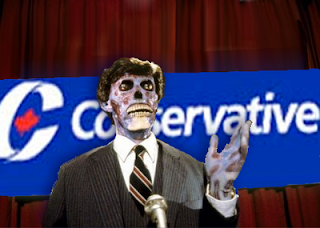 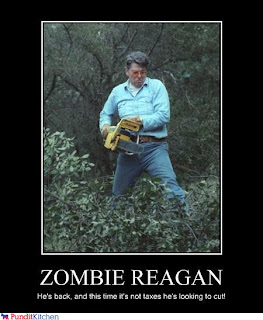 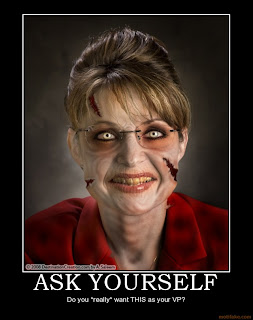 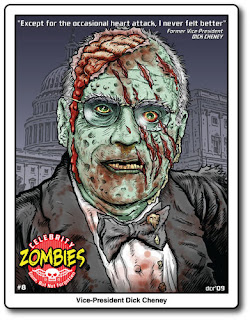 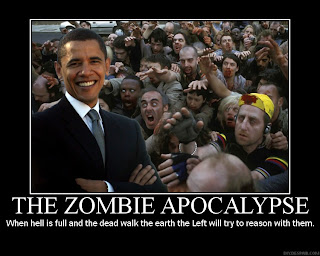 Of course, that doesn't count out the enemies of the past rising up from the grave and causing their own problems in the world, does it? 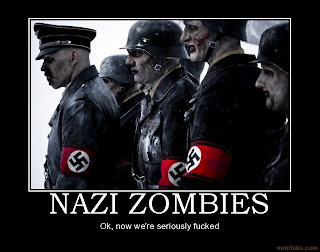 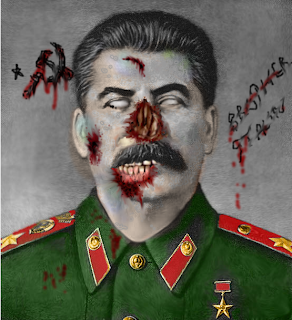 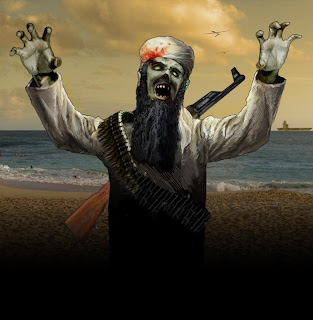 What kind of world will our zombie counterparts carve out for themselves? When they're not carving out the inner organs of the Ludlows down the street (sorry, Mr. and Mrs. Ludlow, but you did have it coming; the pink flamingoes on the lawn really are tacky).

Zombies will, eventually, want to experience some form of culture. So inevitably there will come the rise of zombie movies. Such as Indiana Jones And The Feast Of Brains. 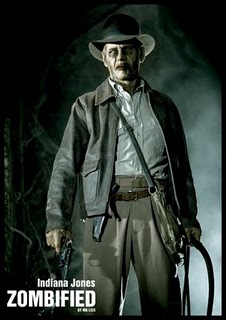 Obviously this idea would have to be taken out by surviving humans post haste. No more of that, thank you very much.... 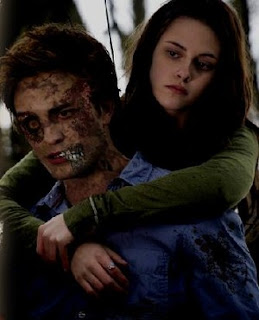 We can't forget the comic books that will rise up in the new zombie order.... 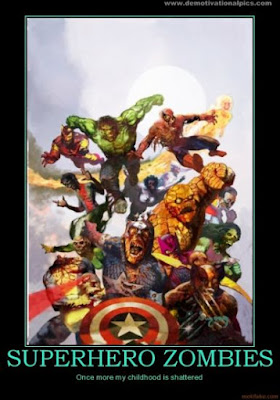 Zombie children must be entertained too.... 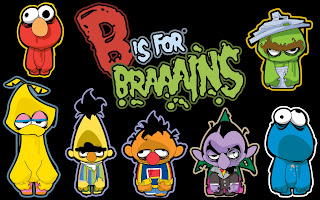 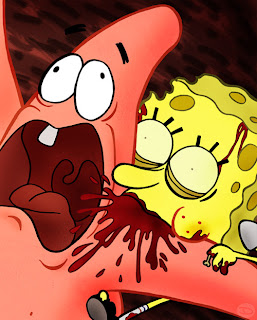 And tween zombies will want their Bieber for some reason. Wonderful. Is it too much to ask for a post-apocalyptic world that doesn't feature the Biebertwit? 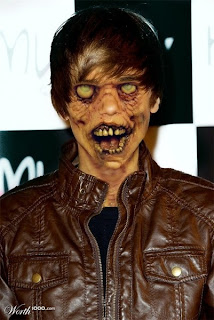 Is there room for romance in the lives of zombies? 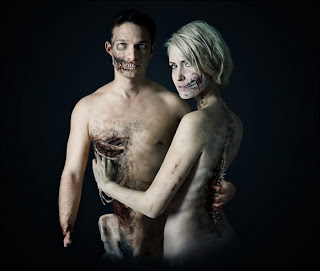 Well, the zombies do like their pin-up zombie girls.... 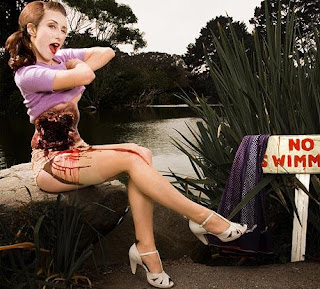 And there'll also be the zombie pet problem to cope with. 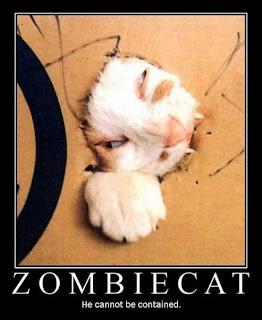 Obviously religious rites will take on a whole new meaning. Communion, for instance... 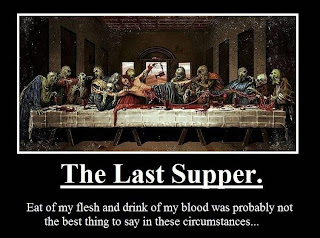 We can hope it doesn't happen. We can hope that the zombiepocalypse that's foretold in sci-fi and horror never comes to pass. If it does, however, I suggest some things. First, get used to shooting zombies who used to be people. Yes, I know it goes against your nature to shoot your neighbour (at least it should), but Zombie Phil doesn't share your hesitation, and only wants to feast on your grey matter. And your intestines. Your heart too. So suck it up and start shooting. Aim for the head while you're at it. Second, if you've got a weak stomach and are sickened when you see blood, you might as well just give up and cover yourself with barbecue and honey sauce. A patrol of zombies will be along shortly to finish you off. Because if you do have a weak stomach, you're not going to last long in Zombie World.
Lastly... if zombies are chasing you, make sure the guy running with you is slower then you are.
Hey, it's about self preservation! 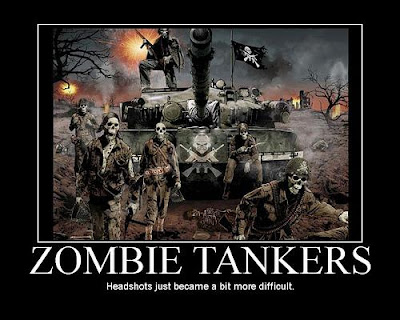 Posted by William Kendall at 10:23 AM