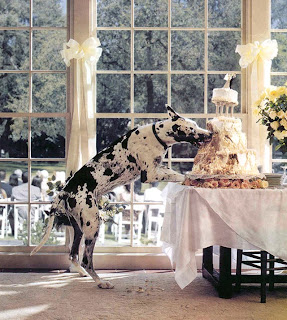 "Never judge a book by its cover."  ~ old proverb

"....Unless the cover's rich Corinthian leather." ~ addendum to old proverb

"I'll have to read Marges' book, and I swore to never read again after To Kill A Mockingbird gave me no useful advice about killing mockingbirds! It did teach me not to judge a man by the colour of his skin, but what good does that do me?" ~ Homer Simpson

The book cover. We're not supposed to judge the contents of what's in the book by the cover, but let's face it, one glance at the cover is often enough of a spark to make us either pick it up off the shelf and have a look at the blurb on the back or the dustcover... or to leave it behind. A simple, bold image might be the sort of thing that draws our eye. By the same token, a generic sort of image that's basically just playing on the same theme of a previously established hit (deserved or not) will tend to backfire. I know I've seen any number of Twilight inspired rip-offs (can you rip off something that's already cheesy to begin with?) on the shelves, the covers obviously designed with feeding off that market. The covers have that uninspired cashing in on the fad before the fad breaks feel to them. You've seen them, right by the checkout at your drug store, no doubt.

As the industry changes and ebook publishing becomes more and more of a force to be reckoned with, those of us who are breaking out into the world of ebook publishing have to keep the cover in mind. Though it's being read in an ereader or a computer, that cover still serves a purpose. It grabs the readers' attention. So it needs to be bold, distinctive... the sort of imagery that makes someone want to take a closer look.

The color should be a consideration, of course. It should compliment the tone of your title lettering. I would avoid using psychedelic purple for your motif. Unless you're writing Puff The Magic Dragon: How I Spent Five Decades Stoned Out Of My Mind.

Admittedly, I'd have been lost having to design on my own. I'd have stumbled around in photoshop or other computer programming, and the finished image wouldn't have come out all that well. I was lucky. Collin Beishir designed the cover for Heaven & Hell, which you can see over there to the right. Below that is a link for his facebook page, so have a look at some of the other work he's been doing. He's brilliant at this kind of thing, and I'm happy with the end result. The cover is bold, distinctive, and carries a gravity to it. I knew generally what I was after, as you can see in this blog, which offers the explanation for the image.

Anyway, since I write in the spy genre, I thought I'd take some time today to have a look at some of the covers in the traditional side of publishing, from three of the big names. Usually these have been designed in-house by the publishing company, and with the author's input being hands off. Some of them work very well. Others, unfortunately, come off as generic. And when you add new editions, movie editions, and international editions, a traditionally published book might have quite a few different covers before it's all said and done.

Tom Clancy's been a heavyweight in the genre for a long time, though realistically, his day is done. Having had read his books, I've often been annoyed by his tech-happiness and tendency to stop in the middle of the narrative to explain how this works, where that was designed, and who made it. His last four books, as a reader, have shown a steep decline in narrative, to the point where I don't think he cares much for writing anymore. That, and he's got a whole pack of apprentices now to do the writing for him. He's a franchise, not a writer.

Some of his covers have worked well; others, not so much. You'll often find a piece of military equipment, a vehicle, that sort of thing superimposed on a Clancy cover. Sometimes it works. Other times, not so much.

This one seems to work well. Patriot Games remains my favourite of his novels, and the early cover is simple, to the point. The name and title, while large, don't overwhelm the whole cover. The colouring is bold and compliments well, and the gun is the proper image, since the book revolves around the issue of an Irish splinter terrorist group. 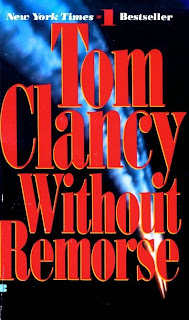 Not so good here. The name and title seem to drown out the cover... and the image of rocket flares (assuming that's what it is) seems lost in the mix. Given the subject of the book, a man in silouhette with a gun might well have worked better. 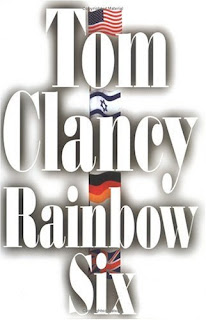 Rainbow Six has an original cover that I've always thought is the best his graphic designer ever put out for him. The book is about a multi-national counter terrorism team confronting a threat against nearly every human being on earth. Using small flags for America, the UK, Germany, and Israel, and placing them among the name and title gives the cover a very crisp, distinctive look. Whoever came up with that did a terrific job.

Jack Higgins is another big name in the genre for some fifty years now, and among some of his earlier books is the classic The Eagle Has Landed, a World War Two yarn about German commandos going after Churchill. His primary character through most of his work in the last twenty years has been a former IRA gunman who's gone to work for the British, a charming rogue named Sean Dillon. Some of the books have been outstanding, and personal favourites in the genre. His more recent books have shown a decline; it's a combination of his age and, I think, killing off a major character several books ago. He might not have realized it at the time, but it took a lot of heart out of the series.

His cover designers tend to go in different ways. Some books will feature a person in the shadows, late at night in some location. Other covers focus on a location itself, like a famous building or a skyline. Most of them are dark and brooding.

His Angel of Death uses a distinctive image against a black background that I'd always liked. A tombstone angel superimposed against the Union Jack mirrors the terrorist group who's the threat in the heart of the book. 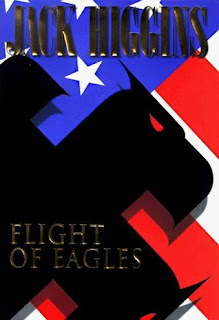 The cover designer for the first edition of Flight of Eagles really outdid themselves with it. The layout for the World War Two story of twin American brothers who go off to fly for two airforces, the RAF and the Luftwaffe, features a stylized swastika overlying an American flag.
The last of the trio is Daniel Silva, much younger then Clancy or Higgins, who's been writing for a decade now, his thrillers based primarily on an Israeli operative named Gabriel Allon. I started reading the books at the suggestion of a librarian in my local library, after talking with him about the need to get inside the head of an Israeli spy. He suggested Silva, so I started reading, and got hooked. His main character spends his time as an art restorer, which serves as his cover, when he's not off dealing with one threat or another.

The cover designs for Silvas' novels tend to make use of location more often then not. It might be a building, a skyline, or a hidden cloister. Invariably it'll be a dark brooding, nighttime setting (what is it about spy novels and life in the shadows?). And in a nod to the primary character, the covers will often have an artistic sensibility to them, particularly in the way it uses shadow and light. 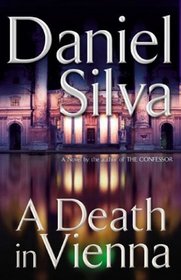 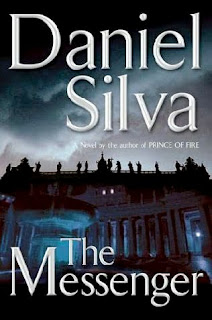 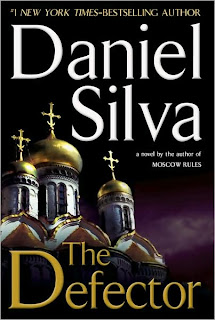 Now then, you've been wondering what that title means, haven't you? Well, I was thinking about the title for this blog... and then it occured to me that since I was writing about espionage thrillers, I might as well use a nonsensical codephrase as a title. So no, it doesn't mean anything. Unless, of course, you're the bride and groom, walking in on your reception to see Marmaduke gorging himself on the cake.

I'll be doing the same for my next blog, incidentally, since I'll be revisiting these authors for another aspect of the espionage genre, so expect a really out of the loop title. Unless, of course, The Dog Eats The Wedding Cake At Five is an actual codephrase that starts off the second Korean War before then. If that's the case, all I can say is.... oops.

Posted by William Kendall at 5:27 PM