Mrs. O'Leary, Why Is Your Cow Playing With Matches? 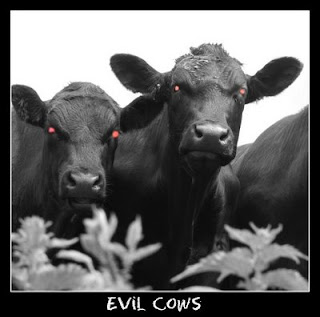 How does one go from talking about politicians and public art to pictures of evil cows?

Norma and I have been chatting about mayors and their considerable lack of taste in public art. Sculptures go up at the behest of a moron in City Hall whose idea of art tends to be confined to the always amusing Dogs Playing Poker. Which is how you get weird sculptures that serve as restrooms for winos. 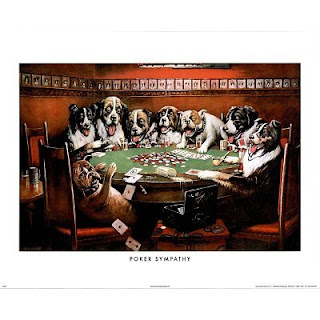 Some years ago, a former mayor of Toronto, a man with no dignity and even less imagination, looked to the city of Chicago, which of course had a series of cow sculptures. It made sense for that city, what with its history linked to the cattle industry, namely the slaughterhouse side of things. 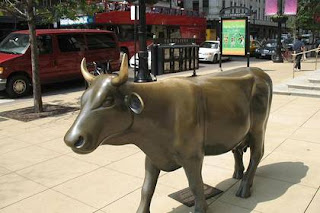 Well, this mayor looked at that idea, and being the idiot that he was, went with a plan for Toronto to copy the idea. Only instead of cows, it would be moose sculptures. 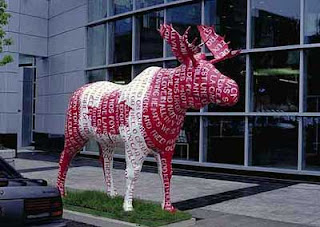 Yes, I know. Eye rolling may commence at your leisure. Shakespeare had it right when he said that the first thing we do is kill all the lawyers. And since so many lawyers become politicians, we'll be making a preemptive strike.

I recommend casting them all out on ice floes.

Where was I? Oh, yes. Cows. This brings me to the point. It got me to thinking of Mrs. O'Leary's cow, the bovine who, legend has it, started the Great Chicago Fire of 1871 by kicking over a lantern in the barn. At least that's what legend tells us.

What if it's not the truth? What if it wasn't an accident?

What if the cow was evil?

What if that cow loved setting fires?

What if that cow was descended from the same line of arsonist cows that set Rome ablaze?

Gary Larson had it right. We're through the looking glass, people.... 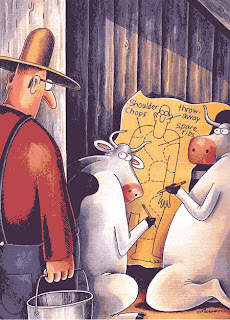 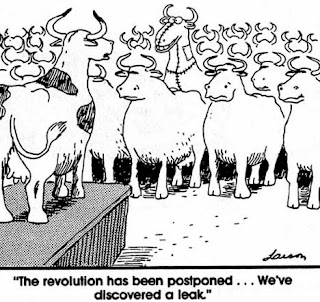 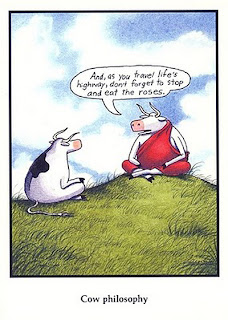 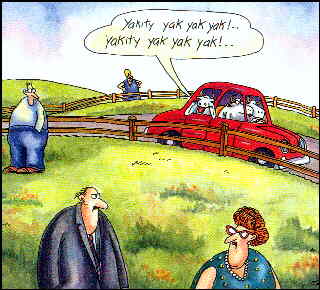 Posted by William Kendall at 12:04 PM

Email ThisBlogThis!Share to TwitterShare to FacebookShare to Pinterest
Labels: Cows