Love And Bombs On The High Sea

Egomaniacal Director Plots Adaptation Of Inane Television Show, Basks In Himself
Los Angeles (AP) It is a truth, universally acknowledged, that an egomaniac in want of attention will call a press conference. At least that's how Jane Austen might write her introduction these days. A fitting way for this reporter to introduce a story of an egomaniac at work promoting himself. After the recent unpleasantness of his former editor being committed to an insane asylum after years of deranged behaviour and threats, this reporter was pleased to get a new editor who's entirely pleasant. Even to the point of giving this reporter a twist on a regular assignment: full permission to ridicule the subject as needed. Thanks to the new editor (editor: you're welcome)
And so it was recently that this reporter arrived at the LA headquarters of Digital Domain, home base of the biggest ego in Hollywood- which is saying something. Michael Bay, the explosion prone director of such mindless dreck as Pearl Harbor, the Transformers franchise, and much more, has had in recent years a growing backlog of projects he keeps meaning to get to. Such is the case with his newest project. 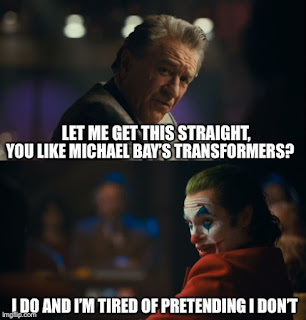 This reporter joined a handful of actual reporters- all still masked- and a horde of entertainment reporters- all unmasked- in the auditorium at the studio. A podium had been set up on stage. Along with a mirror. The entertainment reporters were gushing about what was to be announced. This reporter wondered if he could call in a favour from a cranky Mountie.
At length, a woman strode out on the stage and called for attention. "Ladies and gentlemen, give it up for the greatest director of our time and any other time.... Michael Bay!" The entertainment reporters broke out into applause. Real reporters began rolling their eyes (editor: for good reason; Michael Bay is a wanker). Has this reporter mentioned how grateful he is for the new editor? 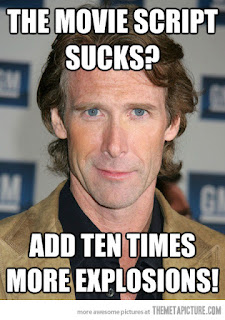 Bay came out on stage, waving and grinning like an idiot, looking his usual self. Dishevelled hair, stubble, casual clothing. He walked up to the podium, winked at his reflection in the mirror, and began to speak to the crowd. "Thank you! Thanks for coming out! It's wonderful to see you all here today. You know, it's been awhile since we've had one of these." Not long enough, this reporter thought to himself. "But here we are, getting our way through this whole pandemic thing. Sorry for the no room for social distancing thing, but hey... people love seeing me. So I'm sure it'll all be fine. Anyway, where was I? Oh, yes. The big announcement."
He paused a moment before continuing. "You know, I think a lot about the masterpieces I've made and the things I still have to do. I've given the world my spin on World War Two and asteroids and giant robots and all that. Now I want to move in a new direction. Something that you might not expect out of me." 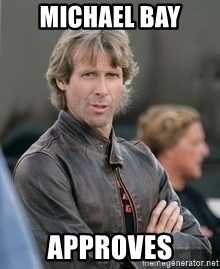 He smiled as he looked out at the audience, totally oblivious to the contempt on the faces of real reporters. "I thought about a television series. Not doing a television series, but adapting one. Bringing it to the big screen for a three hour extravaganza of fun, Aerosmith tunes, bikini clad women, and explosions. Because you've got to have explosions. What kind of movie is it when there aren't explosions?"
He paused once more before continuing. "And so it is, ladies and gentlemen, that I will be adapting for the big screen... The Love Boat." 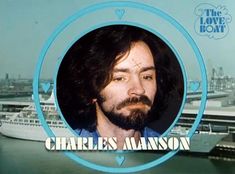 Entertainment reporters broke out into applause. Real reporters rolled their eyes and sighed. Bay remained utterly oblivious to their disdain, laughing and basking in the esteem of the entertainment reporters. The television series had followed a number of crew members on a cruise ship helping various guest stars each week with their romantic foibles, back in the 1970s and 1980s. It was a light hearted but utterly tedious show with faded stars in the guest roles each week, following a tired formula (editor: I agree with you; who was calling for a reboot of that dreck?) 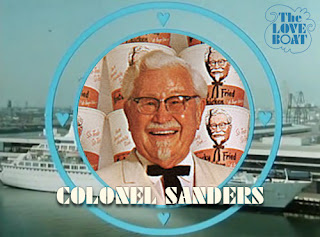 And so this reporter sighed, expecting the worst. Because even more obnoxious than a retread of a 70s television show is a hack of a director like Michael Bay directing it. Of course he would announce his usual crew of nitwits as the main characters, but what washed up contemporary actors would fill out the list of passengers on this cruise ship to movie going hell? And how many Michael Bay techniques would we be seeing? Because he had already mentioned explosions. 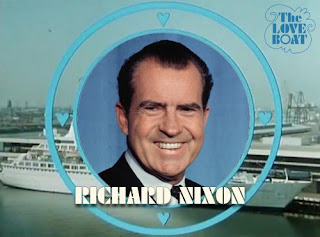 "Thank you! Thank you! Oh, what a wonderful response!" Bay said, pleased by the cheers of the entertainment reporters.
"Are you insane?" this reporter inquired. (editor: spoiler note- he is).
"Why does everyone keep asking that?" Bay asked, oblivious to the contempt from the actual reporters. "Now of course we have to tell the story of passengers finding romance as they meet on this great cruise ship off the West Coast. But there has to be more. Because I'm Michael Bay, the greatest film director ever, and I know what the audience wants. Which is why my plot will shift as the heroic crew tangles with a villain hidden among the passengers. A mad bomber out to make a whole lot of trouble. I mean, I did mention explosions, after all."
"Are you aware the bomber on a ship thing has been done before? It was called Speed 2, and it was a sequel no one was asking for," this reporter pointed out. 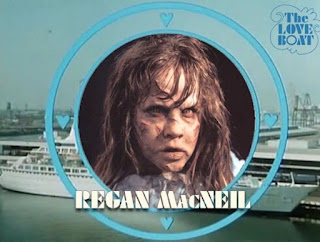 "I've never heard of it." Bay shrugged, smiled like an idiot before carrying on. "And we'll have high drama, great action, amazing explosions, and life and death stakes. And explosions. So without further ado, let's start introducing you to our stellar cast. Playing the leading role of Captain Stubing, he's one of my favourite actors and one of yours... Mr. Nicolas Cage!"
Cage came out on stage, carrying a bottle of aged whiskey and lighting a cigar with a hundred dollar bill. Obviously his previous brushes with near bankruptcy have not taught him anything. He looked as bizarre as usual, which is saying something. "Hey there!" he called out to the crowd. "Great to be here. And it'll be great playing this role. Did I mention I always wanted to be an admiral?" 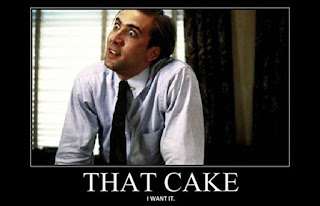 He joined Bay, who gave him a fist bump. "And two of my other favourite actors playing key roles in this film. He'll be playing Doc, and she'll be playing Julie... let's give it up for Shia LaBeouf and Megan Fox!"
The two stepped out on stage; she was wearing a low cut black dress and gave the entertainment reporters a view of her proverbial assets. He was waving like an idiot, and started talking in the third person like he usually does. "Shia approves of all this applause!" he told the entertainment reporters. "Shia loves to bask in the love! It is good for Shia!" This reporter wondered if Shia LaBeouf understood how much of a dumbass he came across as. 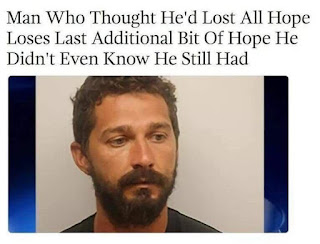 Fox and Labeouf joined Bay and Cage, and Bay smiled like the dolt that he is. "I've got plenty more casting to come. After all, we've got our villain to cast. I tried calling Jon Voight, my go-to guy on these things, but he's too busy curled up in a fetal position and muttering his undying loyalty to some guy named Trump. So we'll have to find someone else who can emphasize crazy like no one else can. I'd go with Samuel L. Jackson, but he told me to go **** myself. I don't know why... I mean, I'm a perfectly respectable person."
"It just means Sam has standards," this reporter suggested.
True to form, Bay didn't understand that he was being insulted. "It can't be that." 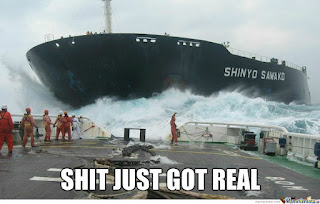 He smiled again. "At any rate, lots of things for us to do and lots to get ready for. So get yourself ready for an extravaganza of fun on the open seas with five star service, sunbathing, and explosions. It's The Love Boat, Michael Bay style, and it's coming to your theatres before you know it. As soon as I've got all the other stuff I'm working on done. Genius takes time, you know..."
"You're not a genius," this reporter called out.
Bay laughed. "You kidder!" With that, Bay and his cast left the stage. Entertainment reporters were gushing. Real reporters shook their heads and took their leave. In an ideal world, Michael Bay would be thrown off a cruise ship. In the middle of the Bermuda Triangle (editor: covered in barbecue sauce and tossed in with hungry sharks).
This reporter likes his new editor. 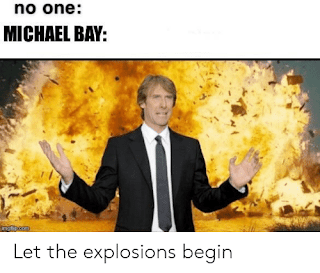 Posted by William Kendall at 5:00 PM