Tedious Drivel Masquerading As A Game

It's the Super Bowl weekend. I would much rather crawl naked through a mile of broken glass chased by hyenas and flying monkeys than watch this nonsense (I mean honestly, what is it about football that seems to entrance Americans? It's mind-numbingly boring!), but it's fun to make fun of it. 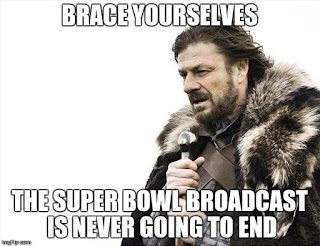 Super Bowl Returns; Fans Salivating At Chance For Team Glory; Everyone Else Bored

Houston (AP) Super Bowl fever has hit this Texas city as the game lands here for the third time. NRG Stadium, named after an energy company as part of that ongoing wave of tackiness called naming rights, hosts the game, which promises to have hours and hours and hours of pointless and boring play passing itself off as a sport, interrupted by an over the top halftime show, pricy commercials, endless spectacle and hype, and hopefully something that spoils the entire night and ends up with egg on the face of the NFL (editor: stop turning this into an excuse to vent about football!) 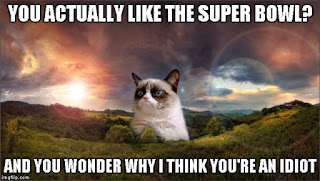 This reporter, doomed and damned to cover nonsense he dislikes simply because his cranky editor despises him (editor: hey! Shut up!) is on the ground in Houston, having had spent the days leading up to the Super Bowl in a tedious daze of listening to and watching fans of the New England Patriots and Atlanta Falcons spew support for their teams and get into drinking contests. And this reporter, who finds the sport a boring waste of time, also spent last year condemned by the aforementioned irritable editor (editor: you bloody well know why I hate you! Oh, do I hate you!) to cover the annual endless yawnfest that is the championship of American professional football.

While we’re at it, why is it even called football? The ball only touches the foot of a couple of guys on the field- the rest of the time it’s thrown or carried around. I mean, honestly, the rest of the world at least gets it right- what’s called soccer here is properly football, even if it’s more boring than American style football (editor: hey! Stop knocking soccer! I love soccer!). 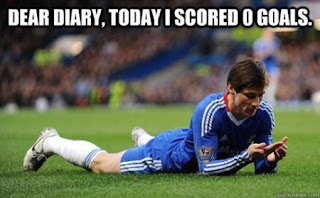 Regardless, this reporter, doomed by a cranky editor who hates him for some reason (editor: you are dead to me! You hear me? Dead! Dead dead dead!), has been in Houston in recent days covering the lead up to the game and wishing he was anywhere else. Like a beach in the Caribbean, sipping a margarita brought by a lovely waitress named Margarita... (editor: keep it up and your next assignment is going to be in the Sahara) 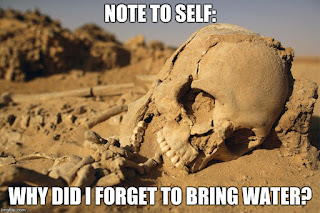 The game is the conclusion of a season of NFL games, which tend to be under twenty games total for a team and take place once, maybe twice in a week. I mean, come on! At least baseball and hockey players are out there most days and nights playing the game. These lazy asses can’t bring themselves to keep up that kind of schedule. The Patriots are favoured by most to win, led by Tom “Deflategate” Brady, the scandal ridden quarterback (editor: hey! Don’t insult Tom Brady! It was a frame up, I tell you! He’s a great guy! Total integrity all the way!). The Falcons are trying to win their first Super Bowl. 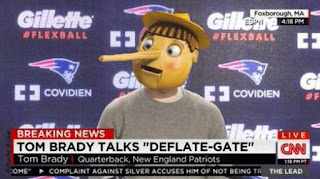 The game, billed as Super Bowl LI, once again returning to the Roman numerals for whatever reason, will no doubt draw many viewers. Some will come for the game, which will go on and on seemingly forever. Others will come for high priced commercials, most of which will have been leaked online early anyway, leaving a rational mind to wonder what the point is to paying steep prices for commercials (editor: hey! Shut up! They’re very entertaining!). And others will come for the entertainment, resenting the whole notion of having to put up with a game in between the national anthem, the half time show, and some post game fireworks. This reporter will resent having to be here altogether, and wonder if he can manage to get his rotten editor to retire early (editor: shut up! I said shut up! Stop insulting me!) 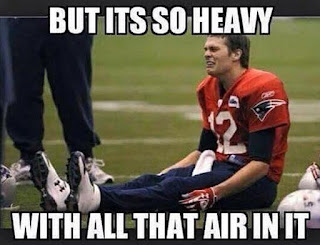 Brady himself has been the center of much attention from the press in recent days while he and his team were out on the field practicing. “Stop bringing up Deflategate!” he snapped at one point, clearly annoyed. “I’m innocent! Innocent, I tell you! Nothing happened, and if you keep asking about it, I’m gonna have my daddy beat the crap out of you. Oh, yeah, and Roger Goodell can go **** himself.” 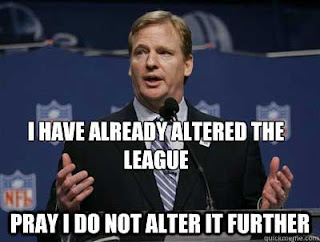 Goodell, the NFL’s cranky commissioner, who spends his time trying to avoid any retired player with a concussion or brain damage problem, not to mention persistent allegations of rampant spousal abuse among NFL players, was relieved to hear the quote when reporters spoke with him. “Just between you and me, I hope Brady gets his ass kicked this time.  I despise that lying sack of ****. Hey, wait, did I say that out loud? Don’t quote me on that. You hear me? Don’t quote me on that.” 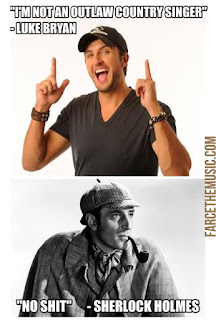 Die-hard fans at the game will attend pre-game tailgate parties in the hours leading up to the game. At home, fanatics will spend hours and hours on end in pre-game coverage and endless analysis from commentators and sports reporters. The game, scheduled to get underway at 6:30 PM, will start much later, no doubt. Country singer Luke Bryan, who this reporter has never heard of (editor: that’s because you have horrible taste in music!) will sing the national anthem. Hopefully not with a banjo. The game will go on, and on, and on some more. And that doesn’t even take in the half time show, which is scheduled to feature the return of Lady Gaga in yet another over the top spectacle. 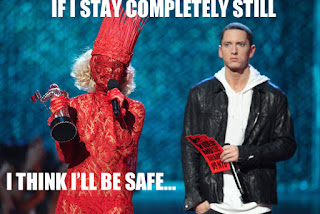 As is the tradition in all halftime shows, this one will try to outdo the last one, which also featured the decidedly eccentric singer whose fandom will be off doing other things. Honestly, who picks these acts? One hardly thinks that the ideal Lady Gaga audience will be a bunch of drunken football loving hooligans screaming for the Patriots and Falcons to tear each other to shreds. Though this reporter might enjoy watching those fans tear each other to shreds. 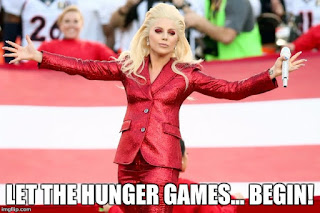 The singer herself, who in person doesn’t dress in the outlandish way she does on stage, and comes across as unexpectedly articulate, shrugged when asked why she returned for the game. “Well, they wouldn’t let me do the show I wanted to do. I mean, what’s wrong with a giant extravaganza of penguins chasing Frosty the Snowman through the desert while ribbons float about in a Zen-like state, giant dragonflies chase the spectators, and interpretive dancers in nude body stockings do an interpretation of the nightmare I had last week? Doesn’t that fit the occasion?” This reporter shrugged in reply, wondering why he’d noted that Lady Gaga was articulate.

Regardless, the game will go on. The last ten minutes will be delayed time and time again to stretch out for an hour. It might be morning before it’s all said and done- at least that’s how it’ll feel to this reporter, being stuck covering this waste of time (editor: I’m feeding you to a boa constrictor). 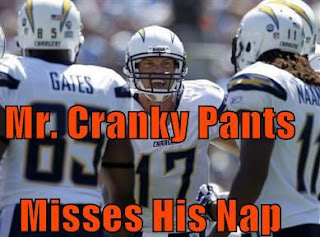 The last word belongs to a former legend of the game and convict, serving the last of his sentence at a prison in Nevada for numerous felonies, including armed robbery and kidnapping. O.J. Simpson, the fallen from grace ex-player and two bit actor, threatened this reporter last year during a visit to his jail. The Juice, as his fans would describe him, dodged a conviction for the murders of his ex-wife Nicole and her friend Ronald Goldman, but bungled his way into conviction years later on the Las Vegas robbery debacle in 2007, and has been in jail since being found guilty. Simpson contacted this reporter by phone, still awaiting his release, scheduled for sometime this year. 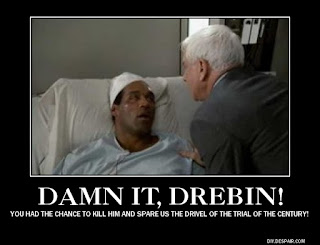 “First off, they should be fielding the Juice to go out there and play. I mean, I’ve still got what it takes,” Simpson claimed. This reporter rolled his eyes, doubting that an over the hill, overweight, nearly seventy year old convict had anything near to what it would take. “Second, don’t you think for one second that I haven’t forgot you quotin’ me threatenin’ to kill you last year, you hear me, mother****er? I never said that! I wouldn’t say that, and if you go around sayin’ I was threatenin’ to kill you, I’ll kill you! You hear me???? I’ll kill you! You’re dead! I’m gonna kill you, mother****er!” 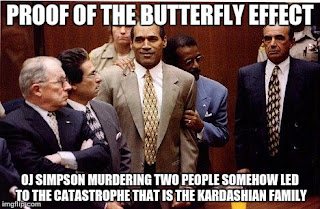 This reporter heard what sounded like guards pulling the notorious Simpson away from the phone. Fortunately this reporter made a point of recording every single conversation he ever has, but just in case, if anything bad should happen to him this year, the authorities should be looking at one of two suspects: a sixty nine year old out of shape ex-football player with a temper or a cranky editor who can’t take a (editor: I’m going to carve your heart out with a rusty knife and feed it to my dog)

Well then. Probably the cranky editor is the more likely suspect. 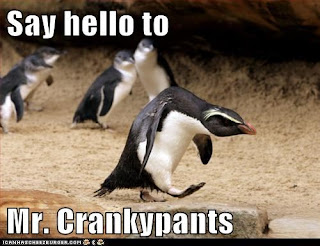