Closed Coffins And A Disastrous Demise

It's been awhile since I've done a eulogy blog. Needless to say, don't ask me to do a eulogy or a wedding speech. It'll probably end up like this. 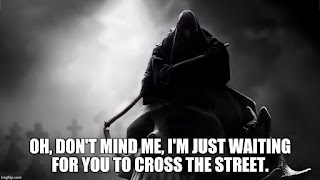 “Thank you, Reverend Warbeck, for that kind introduction. Dear friends. Thank you all for coming out on this day for such a sad occasion. We mark the passing of a dear husband, father, son, brother, and friend. We mourn today for Charles. I was asked by Gwen to do the eulogy, given that I knew him even longer than she had. Gwen, I’ll try to do my best.

When we think of people dying, of funerals, of sad occasions, we think of people who have lived a long, productive life and who have died peacefully in their sleep. Like my dear grandfather George. He went in his sleep, not screaming in terror as I imagine the passengers in his car must have been doing.

We don’t think of those who have died in the prime of life.

Forty two? You’ve still got so much living left to be done. 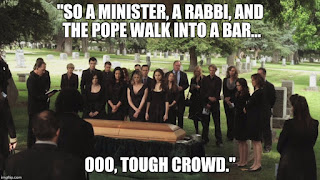 And yet Charles left this world at the age of forty two.

It all makes you think of the fact- we’re all mortal, after all.

Some of you have memories of the first time you met Charles. The first time I met him was back in our Oxford days. We were both studying the law. Ended up in some of the same law classes, including one particularly boring one taught by Professor Entwick on tort law. Let me tell you this, if it’s possible to bore someone to death, Old Man Entwick could have done it. I swear, tort law is dull as you can imagine to begin with, but listening to his lectures was more boring than watching paint dry... oh, hello there, Professor Entwick. I hadn’t realized you were still among the living. 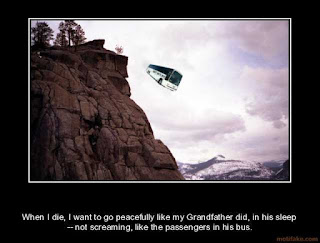 Well, Charles and I managed to muddle through all that, and somehow passed that course. By the way, Professor, I don’t imagine you can retroactively fail me after twenty years for that whole boring remark? No? Good.

We became friends. Got on well together. Chased girls, went drinking on the weekends, played rugby, somehow got through and got our degrees. He went off to London. Me, being a proud Scot... I went to Edinburgh. We got ourselves established in the law, set up practices, built up our own reputations, stayed in touch. You know, I somehow wonder... if I’d gone to London too, well, aside from the whole would I have met my wife conundrum... oh, don’t worry, dear, it’s a hypothetical, and I’m sure you and I would have met anyway.

That’s beside the point. What I wonder, given what happened... might I have died too?

We’ve all seen the news stories that came out. The death tolls. The horror and destruction that was brought across London. Those of us who were safely out of the path of damage, we looked on in horror and disbelief at what was happening. We thought of those we knew in London, hoped they were safe, among all that. 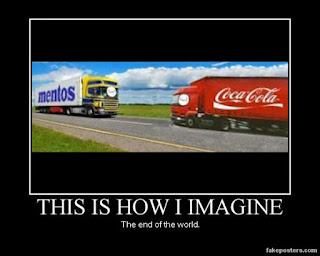 Well, for one dear friend to all of us, he wasn’t safe.

Charles didn’t get home that night.

Instead he ended up crushed in his BMW by the foot of what can pretty much be called a giant dinosaur.

Who’d have seen it coming? I mean, we all knew he was out there, of course, somewhere in the vastness of the oceans, but usually he attacks places like Tokyo, or New York, or maybe the American west coast. Usually he picks fights with giant monsters somewhere else. But not in Britain. Not in London.

Why did Godzilla have to come here? 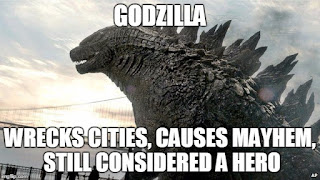 And more to the point, why did he have to stomp Charles and his BMW into a fine paste?

And as an aside, how much of what’s in that coffin before us contains bits of the BMW?

Well, we all saw the news stories. There were strange reports in the North Sea of freighters being attacked by something big in the water. Or some things, as it turned out. And then, before we knew it, they were crashing out of the ocean and into the Thames. That gigantic lizard we all know and fear, of course. Godzilla. He was there. And flying through the air attacking him? Rodan. And Mothra. And King Ghidorah. Which reminds me... who names these things? 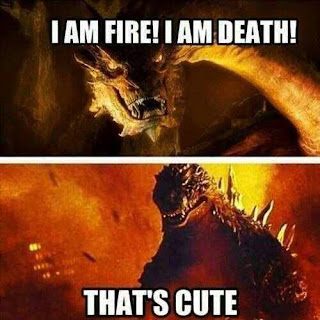 So there they all were, fighting their way up the Thames. The government’s sending in the military, calling for help. Hundreds of thousands of people evacuating. London in a panic. Somehow King Kong got involved. I mean, I thought that big ape lived on the other side of the planet. How did he get off Skull Island?

You know, if Charles had been just a few minutes faster getting out of the office, none of this might have happened. I’m not talking about the death toll in the thousands... I mean, one lawyer leaving his office a bit quicker wouldn’t have prevented the large scale destruction we’ve seen thanks to five oversized monsters kicking the crap out of each other. I’m sorry, Reverend Warbeck, I shouldn’t have said crap, not in a church. To be more precise, kicking the hell out of each other. Was that the wrong word too? 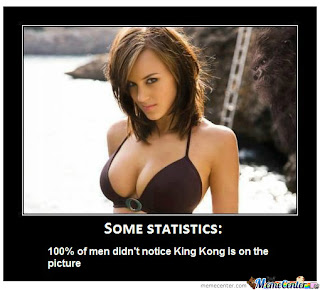 If he’d only turned right instead of left, perhaps he’d have avoided his fate. Perhaps he’d be home right now with Gwen and the children, or we’d all be attending another funeral. I hear that Alister Hodges is having his funeral as we speak, but hey, we all know Alister, and I can say with confidence that none of us will miss him, am I right?

No, instead there he was, amid all the destruction, trying to drive away among the chaos. The oversized beasts were busy destroying the Shard, and to be perfectly honest, none of us are really going to miss that architectural abomination, are we?

At least they left some of the real landmarks alone. Though unfortunately London Bridge really did fall down. 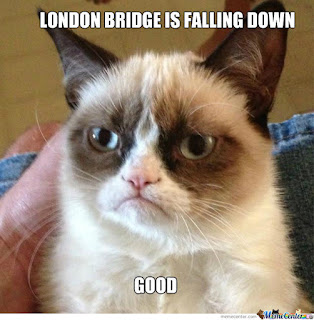 That’s not really the point. Sorry, I tend to get sidetracked, particularly when ministers are starting to look impatient and annoyed with me. Sorry, Reverend, won’t happen again, I promise.

Anyway, there was Charles, driving through traffic gridlock. I can’t imagine what he was thinking in that last moment of his life. Maybe he was glancing in the rear view mirror looking at all the carnage and destruction behind him. Maybe he was cursing himself for not leaving sooner. Maybe he was wondering what that giant shadow was that seemed to be descending all around him in the last two seconds of his life.

Well, we know from the footprint left behind that it was Godzilla that stomped Charles, his car, that bus, and the three orphans into strawberry jam. I shouldn’t have used that visual. Sorry. I don’t usually get asked to do eulogies. And after this, I probably never will be asked again. 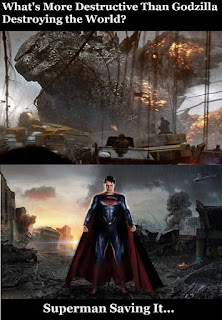 At least it was quick. Charles didn’t suffer. Unlike that poor bastard who was just caught at the edge of the whole thing and ended up having his legs crushed into paper sized width. I imagine the rest of his life will be pure agony.

Needless to say, there’s been a lot of heartache. A lot of grief. A lot of terror. But we will carry on. We’re British. It’s like the signs say: keep calm and carry on. Fortunately for all of us, those monsters are gone, and they’re not coming back.

It’s a good thing the government brought in some outside help. They summoned the only person on the planet Godzilla was scared of.

They called in Lars Ulrich. 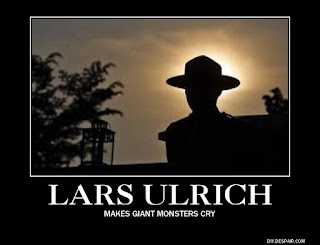 It turned out that the world’s grouchiest lawman was on vacation in Ireland, and the government called for help. One parachute drop into the city later, he was kicking monster ass all around, making every single one of them cry. Particularly after Rodan asked why the drummer from Metallica had parachuted into their fight.

Well, that’s all fine and good. The monsters got throttled, beaten up, and bloodied. They all beat hasty retreats back into the ocean. The grouchy Mountie went back to his vacation after knocking out Piers Morgan, and all Piers did was ask where the rest of Metallica was. But the damage is left behind. Our dear friend Charles is gone, and he’s not coming back. All we can do is mourn for him.

And we must wonder if, by chance, some bit of those three orphans or those bus passengers or that poor bastard's legs are currently lingering in that coffin with what’s left of Charles.” 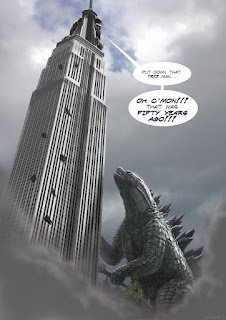