Time On Her Side

Something a little different today. Shelly Arkon, fellow writer and walker of two adorable doggies, has released a short story at Amazon, and she's got it as a download, and free from now until the fifth of November. It's called Time On Her Side. 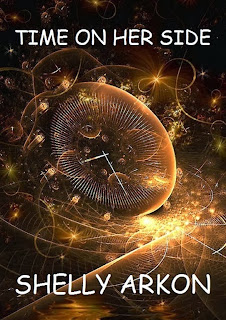 Here's a bit about it:

Forty years have shown Wilhelmina has nothing but a lifetime of four failed marriages, a job she hates, and her most recent affair with a married businessman. Until one day, while sipping coffee her silent prayers are answered--she’s visited by her future self, offering Wilhelmina a chance to re-do her life, giving her a mission to save the future world from the baby she’s unknowingly pregnant with.

Is it the miracle she hoped for, or will this lead into a whole new set of problems?

It is up at Amazon now for downloading as an ebook; check it out right here! And yes, it's available for all countries. You can also follow Shelly at either of her two blogs, Secondhand Shoes or where she lets her dogs take charge, at Two Fur Peeps And A Writer. 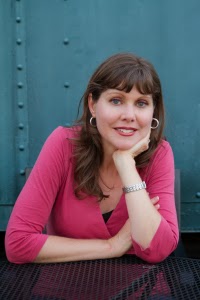 Shelly is the author of Secondhand Shoes. When she's not doing the laundry, cleaning, cooking, chasing grandkids, listening to daughter drama, or lopping hair at the salon, she's writing alongside her two fur peeps, a pair of dogs named Sir Poops and Hair Ball. She lives in New Port Richey with her husband and the dogs, and is a member of Florida Writer's Association and Writers of Mass Distraction. 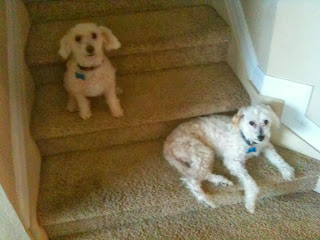 I will be back on Monday (barring any catastrophes like the world ending, Revolution style blackouts, or visits from idiot ex-brothers-in-law). Have a good weekend!
Posted by William Kendall at 10:19 AM