It's The Most Wonderful Time Of The Year 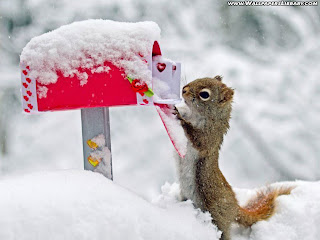 No, this isn't a Christmas blog... that's still to come. Besides, I don't actually like that particular song. That said, however, it perfectly fits the season we're now stepping into. Yes, the very best time of the year, which, of course, is winter. 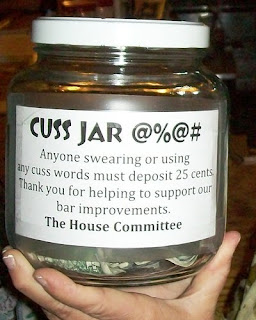 I'm not actually supposed to talk about winter, or lovely, lovely words like frost, snow, blizzard, cold, hail, wind chill, snowdrift, and the like. If I do, I have to put quarters in the cuss jar. It seems that Norma and Beth think that such utterly magnificent words are swear words for some reason.
How can I help it? I enjoy the winter. In fact, the best way to express how much I love it is to do a Snoopy Dance.... 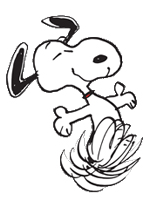 Yes, we need to look at the winter as something to celebrate and treasure for the four months (preferably six or seven) that it graces us with our presence. I know, most of you are grinding your teeth right about now and plotting ways to get away with murdering the guy who loves winter... 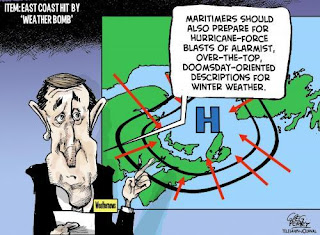 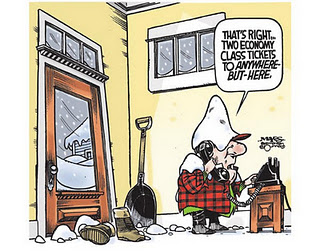 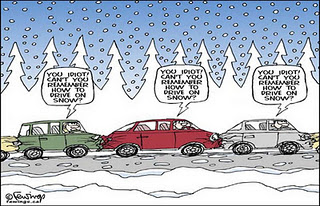 I'm not a fan of the hot and humid weather in the summer, needless to say. I can tolerate it and get through it... mostly because I know that every day that passes, we're one day closer to that glorious winter, with the temperature dropping below -25, the wind picking up, the snow falling in blankets. You know, you never feel so alive as when it's so cold that the wind cuts into you like a knife. 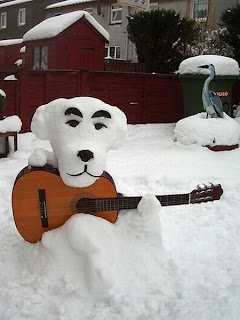 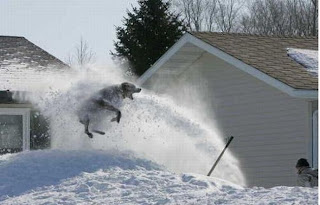 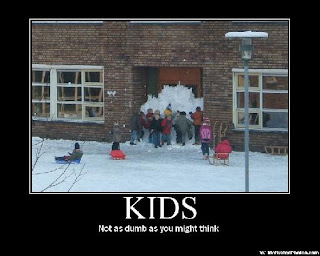 I leave you with a suggestion. We need a film that celebrates the glory of winter. There have been the odd films in the past about the season, but we need something new. And by new, I mean a sequel. Of sorts. And so I offer up a film proposal for a sequel to the classic baseball film Field of Dreams. We'll call it Field of Snow.
Kevin Costner and Amy Madigan reprise their roles as Ray and Annie Kinsella, Iowa corn farmers who have a baseball field taking up part of their property, where in the summers, the ghosts of baseball players return to play one more game. It's been twenty two years since the last film, and Ray and Annie are comfortably in their late fifties. Their daughter is grown up and has kids of her own, and the farm is paid off, thanks to all those people who come, without realizing why, to this farm in the middle of Iowa, to watch ghostly baseball, paying admission to the property owners. Their friend Terrence Mann (James Earl Jones) lives nearby, enjoying a renaissance of late career writing that would make J.D. Salinger's ghost wonder why he didn't do the same. 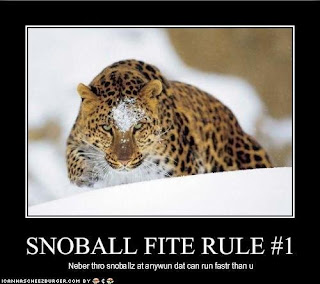 It's winter though, and the ghosts are gone for the season (rumor has it they go to Florida for the season). The snow's fallen over the Iowa baseball diamond, and the Kinsellas have settled in to wait for the spring. One night, Ray wakes up, hearing the voice of Shoeless Joe Jackson, telling him if you build it, she will come. He receives a vision of a massive snow fort and the notion in his head that if he builds it out of the snow on his property, Millie Watson, the legendary Mid-West snowball thrower of the 1930s, will come back from beyond to start a snowball fight. 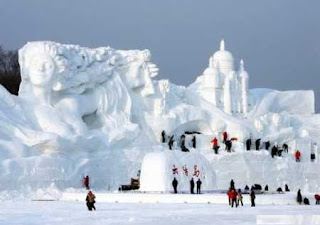 Ray sets to work building the snowfort. He's gotten used to going with whatever Shoeless Joe suggests, and when he's done, Millie turns up (I'd have to suggest Kat Dennings for the role). Millie was a snowball thrower whose exploits were of mythic proportions. She was banned from ever again throwing a snowball when, at the age of sixteen, she threw a snowball at Franklin and Eleanor Roosevelt. Years later, she died as a nurse during the Second World War, lamenting on her death bed about never getting a chance to throw a snowball at Patton. She speaks to Ray about how much snow meant to her when she was still alive ("did you ever get outside the morning after a heavy snowfall and just breathe in the cold, fresh, snowy air?"). And since he did the same thing in the first film, Terrence would have to have his own eloquent monologue ("Winter defines us, Ray, just as much as baseball does. When we were kids, we'd go out into the school yard during recess and build snow forts and launch snowball attacks on the second graders. It's been a part of this country right from the start. Even in those parts of the nation where they just don't get snow, kids crave the chance to just once in their life throw a good snowball at their teacher.")
The film has to have, if not a villain, then an antagonist. Since Mark the banker brother in law saw the light at the end of the first film (I've always found Timothy Busfield to be a bit of a weasel, incidentally), we'd have to go for someone else. Maybe the cranky lady who turns up in the school meeting halfway through the first film could return as the head of the PTA, and the film sees her getting clobbered by a barrage of snowballs. 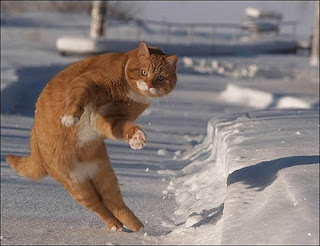 Of course, the actual poetic ending of the film (one that would have the audience weeping) would have Ray come face to face with the young ghost of his long deceased mother (I did mention it's a sequel, and the first rule of all sequels is repeat everything). They have an emotional, heartrending chat, and Ray asks his mother if she wants to have a snowball fight. The film fades to black as they're wailing away on each other with fluffy white snow.
The film will make a killing at the box office. As such, I'd like my advance for the screenplay, and twenty percent of the gross, placed into an offshore account of my choosing. You're welcome, Hollywood. 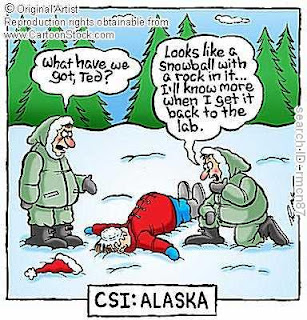 Posted by William Kendall at 4:19 PM