Okay, so before the election I wrote a post that shall go forever unpublished (Norma and a few other people have seen it), featuring Trump's epic temper tantrum when he lost. Obviously for some inexplicable reason, he didn't lose. After the election, well, let's just say I wrote a rant for myself, basically venting, which will also go unpublished. It contained a lot of curse words and would have ended up losing me at least a couple of readers.

I've written this lately though. It's Trump's revenge list. The first part of everyone he wants to get even with. Incidentally, writing in his voice still makes me nauseous. I'll try not to say I told you so when the time comes. Okay, right? So I won, right? Won it fair and square and cheated like a bastard the whole time, right? Now it’s time to settle some scores, get even with a few people. Nothing too big. Just millions and millions of people. Losers, all of them. Losers! Big fat losers! So that’s what this is. This is my revenge list. The people I’m going to start gettin’ even with startin’ on day one of the Trump Presidency, which, by the way, is going to be the greatest, the most stupendous, the most amazing, the best ever presidency you ever saw, right? Lincoln? Washington? The Roosevelts? All losers compared to me. Because I’m the best, the greatest, the most stellar president ever. And I’ve got really big hands. 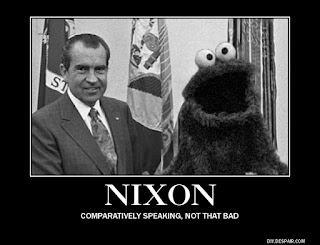 So where do we begin? Well, in no particular order...

Rosie O’Donnell. What a disgusting pig, let me tell you... 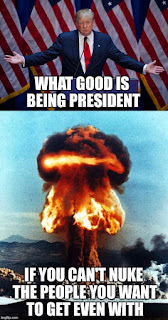 Tim Russert. Sure, he’s dead, but I want that know it all no-nonsense punk punished anyway

Dogs and cats. Buncha fleabags, the lot of them

Alec Baldwin. Nobody mocks me and gets away with it.

All those women who dared to accuse me of gropin’ them. Hey, I can grope anyone I want! I’m President Donald Trump! Soon to be Exalted Grand Emperor Donald!

Megyn Kelly. Bleedin’ outta her whatever... 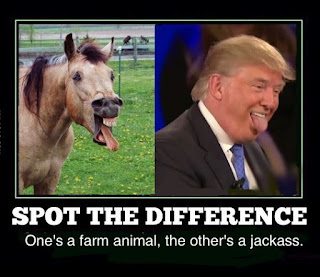 Luxembourg. They know the reason why. 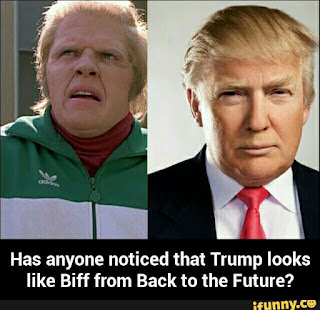 CNN, NBC, the New York Times, and the whole lamestream media that refuses to bow down to everything I say and hail me as their lord and master. I’m really gonna get even with those losers, believe me folks. Matter of fact, when I get my way, I’m gonna just have Trump News, the Enquirer, and Breitbart as the only legal news outlets.

Those ex-wives of mine. Soon to be followed by the current one, just as quick as I can find another bimbo from eastern Europe to be the next trophy wife 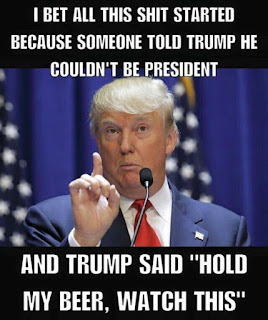 Bill Nye the Science Guy. That De Grasse Tyson guy too. We can’t have reasonable well informed experts tellin’ anyone the truth, after all.

Lyin’ Ted. I mean, seriously, folks, the man’s father practically killed JFK, I read it in the Enquirer, and that’s the only paper that matters to me, believe me, believe me... 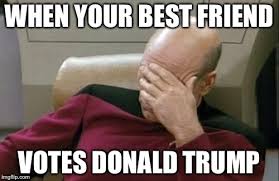 Ferris Bueller. Just because. Smart aleck punk, who’s he think he is?

That therapist who once told me I’m a class A narcissistic sociopath with a terminal self love complex. Hey! I don’t need to jerk off! I’ve got people who’ll jerk me off on command!

That heavy metal drummer. Costs me thousands of votes and puts supporters of mine in jail after beatin’ them up, and he thinks he can get away with it?

While we’re at it, we’re gonna just change the way music’s heard. All Ted Nugent, all the time. Nothin’ else. If Ted’s good for me, he’s good for everyone. Everybody else can go **** themselves. There’s not gonna be any Beyonce serenadin’ the Obamas ever again. 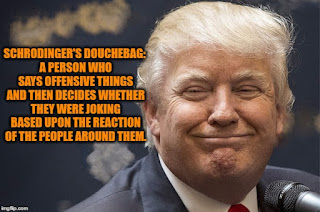 Bruce Springsteen. Born in the U.S.A. my ass. He was born in Canada! He’s got worthless communist socialist maple syrup guzzlin’ tree hugger written all over him! I demand to see the birth certificate! Lock him up! Lock him up!

My eighth grade teacher, Mr. Reading, who gave me detention for calling him an asshole. I’m really gonna get even with him, believe me, folks...

Grumpy Cat. Nobody outfrowns me! 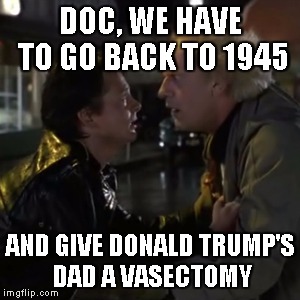