Try Hard Not To Speak Ill Of The Dead

The following is why I should never be trusted to give a speech at a wedding or a funeral. Because I'd make it an occasion to remember.... for all the wrong reasons. 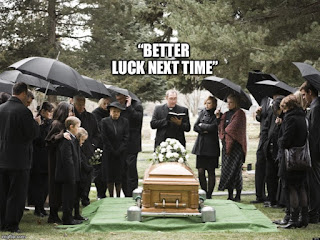 "Thank you, Reverend Murchison, for that kind introduction. And thank all of you for coming out on this sad day to pay tribute to a man who left us far too soon. It falls to me to give a eulogy for my old friend Peter. For one thing, we knew each other since childhood. For another, I'm not on the suspect list.
When we think of the manner in which Peter died, we must shake our heads at the unfairness of it. A man's life snuffed out at the prime of life. A man who had succeeded in life, built a reputation for himself of good standing in the community. A man with a loving wife and three children. And his faithful Spaniel Muffy. 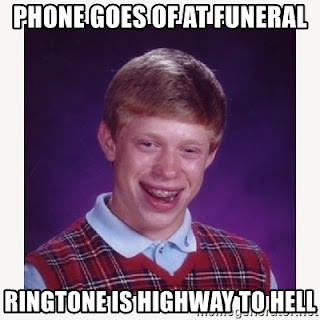 It's tempting to ask God... why? Why him? Why not someone who really deserves it? Like Chester Holloway, for example. That bastard deserves to meet a bad end if you ask me, and you are asking me. Oh, don't look at me like that, Chester, everyone in town hates you. You're not going to make friends in this life if you listen to ABBA, let alone headbang to ABBA. Honestly, man, were you born with bad taste or did it develop gradually? 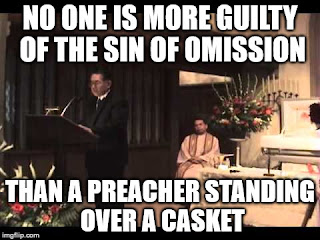 But I digress. We're not here to talk about Chester and his horrible taste in music and how much he deserves to get thrown into a pit of hungry fire ants. We're here to talk about Peter. Pillar of society. Upstanding citizen. Family man. President of the Lions Club. Gave to charities of his time and his money. Member of the town council. Successful businessman with his own hardware store. Beloved by all. Or so we thought, until three days ago when his life came to an end. Because someone went out of their way to kill him.
It's shocking, really. One minute you're driving along, the next you're facing the Almighty and being told that your brakes were cut, your car was wired to explode, and for good measure, someone double tapped your corpse with a 22.
I probably shouldn't have said that. I have this bad habit of speaking without considering what I'm saying. Sister Mary Margaret of the Sisters Of Little Or No Mercy said that would get me in trouble someday. The point is, we don't really need the visual, do we? Not when we're trying to remember the good, not the bad. 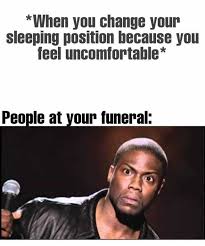 And yet the bad is there. We can't dispute it. We can't dismiss the reality of the awful way that Peter died. We can wonder who did it. We can try to come to terms with what's come out since his death. What the police have learned. About how he'd been skimming funds out of the town council budget and depositing it in a Panama bank. About how that money he raised for Schauffhausen Syndrome went into another account in the Caymans, and how Schauffhausen Syndrome doesn't actually exist. About how he was cheating behind his wife's back with his secretary. What's that, Bridget? You didn't want the kids to know? Oh, my bad. 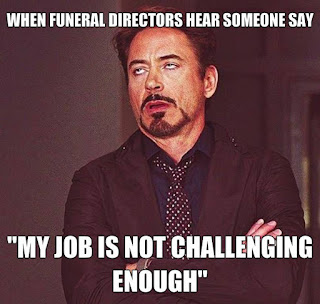 But it's shocking, I tell you. Shocking. How a man presents himself in one way and hides secrets. And he was the last person you'd expect in this town to be hiding secrets. Oh, we all expect secrets being hidden by old Elsa von  Berger over there, who to this day refuses to divulge what she was doing in Berlin in 1944. And we expect it out of Helen and Tommy over there, trying to hide their affair from their spouses. But Peter? Good, upstanding Peter?
Who wasn't so good and upstanding? 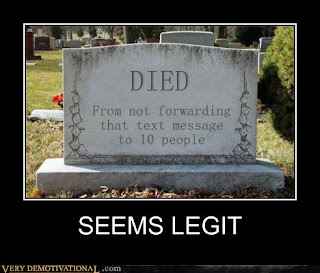 Yes, shocking. But someone knew. Someone had enough reason to want to kill him. And to do so in a way that would make sure he really was dead. Who was it? Could it have been the ABBA loving nitwit we all hate? Don't even start, Chester, or you and I can go outside right now and I'll beat your ass into a coma. Could it have been the reclusive possible former Nazi dominatrix Elsa von Berger? Could it have been a random stranger passing through town who just decided they'd kill someone in a spectacular way? Could it have been Miss Scarlett in the drawing room with a candlestick? 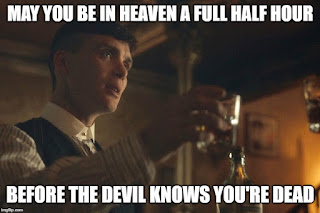 Could it have been the mayor? After all, the police have arrested him on corruption charges. It does appear they were both in on the siphoning budget dollars to Panama gambit. A falling out between two cohorts in an illegal scheme could lead to something even more illegal. Like murder. I'm just saying, I don't know. You don't know. Nobody knows but the killer.
I'm getting ahead of myself. I'm sure Chief Seddings has her list of suspects well in hand. For all we know she's got her sights set on the grieving widow as Suspect #1. Because Bridget had a whole lot of reason to want to off her philandering, money laundering husband. Not the least of which was that ten million dollar life insurance policy. 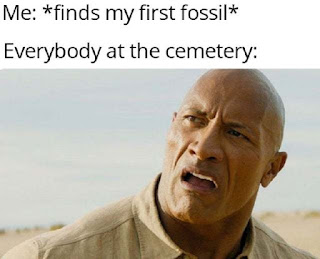 Where was I? Oh, yes. Peter. Peter the upstanding member of society. Peter the secret crook. Peter the cheater. It is patently unfair when someone we love leaves us too soon. It is even more unfair when we find out they were a dirty rotten lying skunk. And it is dismaying to me. I consider myself a reasonably smart person. Even if I say things without thinking ahead from time to time. But I'd known Peter for years, and even so, I never saw what he was hiding. And that just baffles me.
Well, Peter, at least you went out quickly. Horribly, but quickly. Hopefully justice is done for you. It'll even be better if justice being done means Chester is the killer and winds up getting thrown in prison for the rest of his days. Which won't be long once the gang in lock up finds out he loves ABBA." 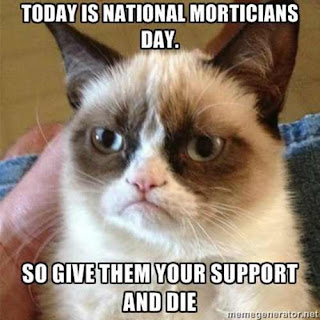 Posted by William Kendall at 6:45 PM