The Annual Overblown Waste Of Time

The Super Bowl is this weekend. I will not be watching, as I would rather crawl on my hands and knees through a mile of broken glass. But it is my tradition to poke fun at the event regardless. And so here we are... 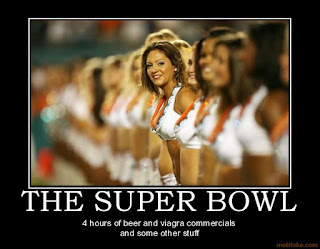 Super Bowl LIII about to be unleashed; Patriots Swindle Their Way Into Game Again

Atlanta (AP) It happens every year this time of year. The bloated, tedious, inane sporting league otherwise known as the National Football League holds its over the top championship game, the Super Bowl. A broadcasting event known for over the top theatrics in a half time show, endless commercials, and a tendency to take hours longer than it should, the Super Bowl mysteriously brings in big ratings each year while boring the hell out of anyone with a working brain and/ or good taste. 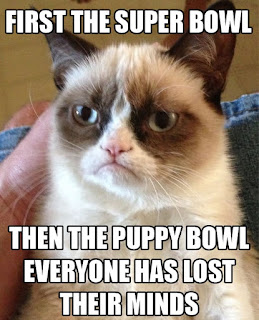 This reporter, condemned for the rest of his career to take assignments from a cranky editor who hates him (editor: for good reason! So shut up!) has come to Atlanta, which is hosting the big game for the third time this year at the Mercedes-Benz Stadium. A side note: corporate branding rights are tacky (editor: they are not! Now shut up or I’ll have your columns branded with the Tombstone Funeral Homes name!) A week long of celebrations lead up to the game, with tailgate parties and Super Bowl themed decorations everywhere to be seen, while this reporter wishes he had an ocean between himself and this spot (editor: shut up or I’m dropping you in the ocean). This year is particularly controversial, a common theme for recent Super Bowls. 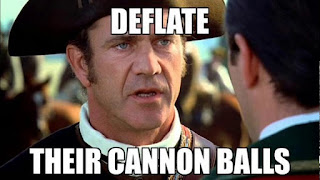 The New England Patriots, who keep making regular appearances in this event despite allegations of cheating and dirty tricks, are led by fading quarterback Tom Brady and Machiavellian dark lord coach Bill Belichick. The Los Angeles Rams, formerly of St. Louis before moving west for the 2016 season, come into the big game under a stormcloud of controversy after the NFC final against the New Orlean Saints. It was a final particularly plagued by an incompetent no-call on a pass interference by an official. For many fans it might be impossible to pick a team this time out. Outside of New England, the Patriots are widely despised, while the Rams combine the elements of being a team that pulls up stakes and alienates their fans on the one hand, with the controversy of the NFC final on the other, making them quite unsympathetic. 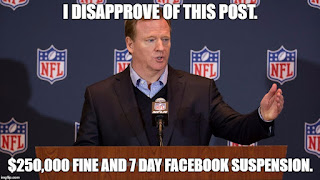 NFL commissioner Roger Goodell, often the target of much scorn from the public and from pundits over how he handles the League, his inability to deal with the issue of players kneeling for the anthem in any meaningful way, and many other reasons. In the wake of the no-call controversy, the calls for Goodell to resign have carried on from many quarters. Goodell has been visible this week around Atlanta, but refuses to take questions from reporters. When cornered by several, including this reporter, his response to a query on his tenure met with a short two word response that cannot be reprinted in papers, but ended with the word you. (editor: well that much I get! I’d be inclined to say **** you if I was face to face with you, and one of these days, I’ll get past that restraining order and end you!) 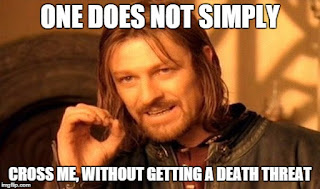 On a side note, this reporter would like to point out that his cranky editor, forbidden by legal restraining order from being in the same vicinity as him, and who must thus only communicate by email, has once again threatened the life of this reporter. It would be advisable of the authorities to take this into consideration. And this reporter would like to suggest to his publisher that perhaps it might be ideal to put the cranky editor out to pasture once and for all (editor: shut up! I’m not a cow!) 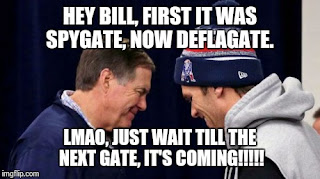 Patriots owner Robert Kraft, a close friend of the individual currently squatting in the Oval Office, is pleased by his team’s return to the big game when he spoke with reporters. “Everything came together just like we planned. We cheated and swindled and stacked the deck and got all our cards in place and here we are, about to cheat our way through the big game. Wait a minute… did I say that out loud or just think it?” 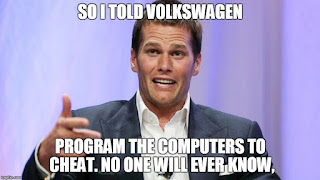 Tom Brady, the longtime Patriots quarterback who has been described as a real American hero by Patriots fans (note to the fans: an athlete is not a hero. A soldier, a cop, a teacher, a doctor, a nurse… anyone who works to put food on the table and keep a roof over the head of their family- that’s a hero) is returning once again. At 41, he’s fading as a talent, dismissive of any concerns that he might just be human after all, and ignoring the past controversies and scandals that have dogged his team (editor: shut up! Brady still has it in him! And he’s as honest as the day is long!). “Can’t we get past Deflategate?” he asked at a press conference earlier this week. “I mean, in two years when we’re right back here again, you’ll all be asking questions about Goffgate.” 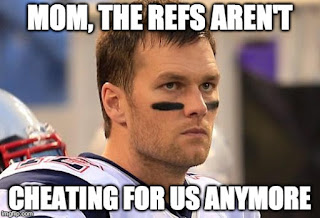 “It’s about the broken leg we’re gonna give Goff on Sunday in the first five minutes of the game,” Brady said before realizing he was saying it. “Wait a minute, wait a minute. I didn’t say that, okay? I never said it and you can’t prove it and it never happened!”

“You just said it on live television,” another reporter pointed out.

“I did not!” Brady protested, clapping his hands on his ears and yelling, “la la la la la la” before handlers took him out of the room. 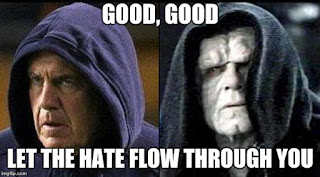 Bill Belichick, the head coach of the Patriots and occasionally mistaken for the Emperor from Star Wars, has been elusive for answers from reporters. It has been said that witnesses have seen him tampering with the Gatorade supply for the Rams, conducting blood sacrifices at midnight to favour his team, and signing a deal with the Prince of Darkness to ensure the Patriots would prevail (editor: whatever it takes to win! And I’ve got a grand bet on the Patriots to take it all!). Regardless of glares of death coming from the head coach and words of rage coming from the cranky editor (editor: shut up!), this reporter sought another opinion or two. Reached for comment from his offices in the Seventh Circle Of Hell, Satan would not confirm or deny the allegations. “The truth is I don’t even like football. Now golf, that’s my sport.” 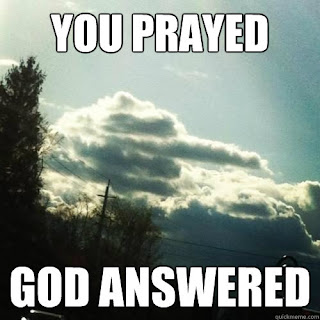 His counterpart in Heaven has a different point of view. God, otherwise known as The Almighty, and sometimes known as the Big Guy, is often invoked by athletes to favour them with a victory. It seems quite common with football. When reached for comment, God shrugged. “You know, if I let everyone who invoked my name win a game, there would never be a defeat. And sometimes losing a game is about building character. It’s not just how you win that counts, it’s about losing gracefully. And by extension, I don’t even like football. I find it very silly. Oh, by the way, the Patriots are cheats, cheats, and big time cheats, and they’d better watch it or I’ll forego my usual non interference status quo and go all Old Testament on them.” 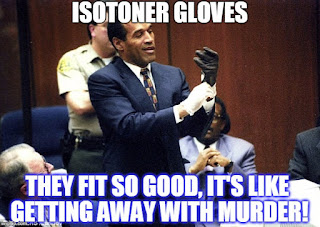 From the sublime to the vile. Another face that’s been seen in Atlanta this week is a one time legend who ended up becoming infamous for all the wrong reasons. Former football star and inept actor O.J. Simpson, who was the central figure in what was often described as the Trial of the Century (as if no one had ever heard of the Nuremberg Trials), has once again turned up at the scene of a Super Bowl in the wake of his release from prison on theft convictions. The faded old player isn’t what he once was on the field, not even what he was during the murder trial that captivated the country. Nor is he invited to the game in any capacity by the NFL. A surprising gesture, given that the NFL often turns a blind eye to domestic violence and other crimes committed by their athletes. 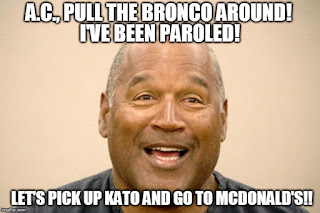 This reporter, having had been the subject of previous hostility from The Juice, stayed at a distance while he was speaking with a crowd of reporters- a crowd he had sought out, as opposed to being sought out by them. “It’s like this,” Simpson promised. “You could just have The Juice run the big ****ing show. Name me the ****ing NFL commissioner already. It would be ****ing epic. Can you imagine, with my ****ing history and my ****ing prestige how ****ing big it would be? Or you can just keep going with that ****ing ****er Goodell. **** Goodell! Yeah! I went there! **** that ****er!” 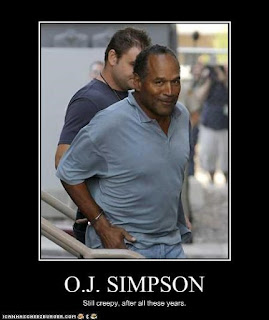 Simpson smiled, paused for a moment before continuing. “So that’s what the **** I’m here for. I want Goodell overthrown, and I want the **** back into the game, running the whole ****ing thing. That’s called respect, baby, that’s what The Juice deserves!” He paused again, his eyes falling upon this reporter, and his expression becoming hostile. “You! It’s you!” he said, his voice rising.

This reporter shrugged. “Yes, it’s me. And it’s unfortunately you.” After all, The Juice was at this point twice the age of this reporter, with bad knees and fading eye sight. 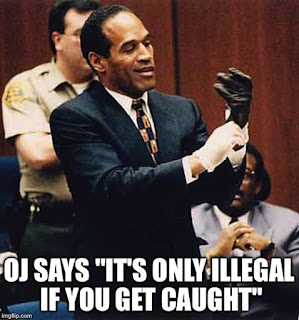 “Shut the **** up, mother****er!” Simpson yelled. “You kept writing that I was ****threatenin’ to ****in’ kill you, mother****er! Take that back! You ****ing take that the **** back, mother****er!” He started to advance through the crowd, oblivious to the sight of three cops closing in on him. This reporter was not. “You ****in’ take that back, or I swear to ****ing God I’m gonna ****in’ kill you, you mother****er!” Before Simpson could break through the crowd, the police officers intercepted him and pulled him away. This reporter, inspired by a moment of juvenile behaviour, gave Simpson the finger. 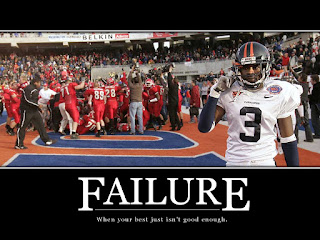 It was enough to make Simpson scream in incoherent rage. Perhaps the gesture might come back to haunt this reporter some day, perhaps not (editor: The Juice won’t have the opportunity to end you, you bastard… that’s going to be mine and mine alone to do.)

This reporter would like to note that once again, he has been threatened by a cranky editor who should be tossed into a padded room for the rest of his life. (editor: I hate you! Oh, I hate you! You are so dead! Do you get that? You’re a dead man!)

This reporter will close off by saying that he has heard that before. 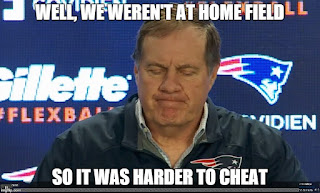