Internet Scammers, I Cast Thee Out 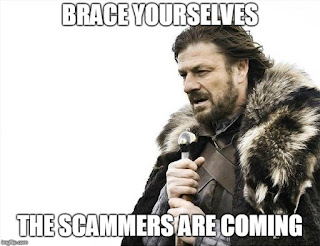 They never learn. They never take a hint and just stop. I speak of course of the spammers who try to infest our posts with crap that we didn't ask for, totally off the topic nonsense. Most of the time their comments go straight to spam folders. Sometimes they get published, but not for long. One such spammer (or several, using the same technique) has been doing the standard comment with a link for a Thai gambling site for some time on several photoblogs I follow. The other day I noticed a number of comments from the same person on several blogs- 'lovely, you may be interested in my posts.' The link led back to his blog, which turned out to be something along the lines of a book review theme, perhaps Turkish. I had a look for a simple reason- he had posted that same comment on a photoblog I follow from Florida, in a post that the writer had made about Hurricane Michael coming and being worried about it. Imagine that, writing 'lovely' in a post about an oncoming hurricane. While his site might not be spam, the generic comment and the inappropriateness of it made me leave him an unpleasant comment calling him out. He actually replied back with a generic 'thank you for your valuable input.' Had he actually listened, he might have instead said, 'wow, you're right, it wasn't appropriate to write that.' So I've permanently deemed him to be a spammer.

Then of course there are the internet scammers. The following came through my email the other day. 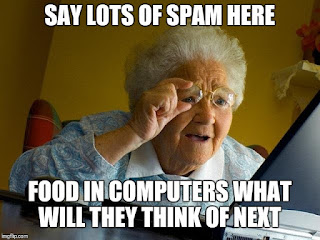 How are u doing today ? Apologies! I am a military woman ,seeking your kind assistance to move the sum of ($10,500,000.00 USD) to you, as far as I can be assured that my money will be safe in your care until I complete my service here in Afghanistan and come over next month. This is legitimate, and there is no danger involved. If interested, reply immediately for detailed information. Regards , Sgt. Monica L. Brown 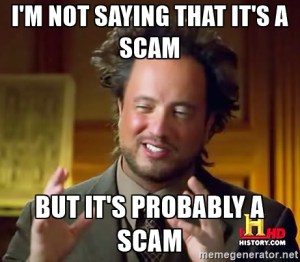 I've seen the military NCO as a scammer routine before. And if you google that name, you'll get notifications of two things- scam notifications and a Wiki page for the actual Sergeant Monica Lin Brown. Yes, she exists, with the distinction of being an actual US Army sergeant and medic who was the first woman during the Afghan War to get the Silver Star. The real Sergeant Brown is well decorated and I presume absolutely nowhere near Afghanistan... and is probably well aware that her name is being used by scumbag internet scammers (yes, scammers, you are scumbags and always will be. Don't like my saying that? I really don't give a damn).

This time it's a relatively short one. Punctuation and spacing issues are a tell tale of the internet scammer. So to is the mix of formal and informal phrases- I don't know about you, but when I'm emailing a complete stranger, I'm not likely to write u in place of you. Hell, to be honest, I wouldn't do that with a friend; I find it lazy writing.  The formal writing- a phrase like "seeking your kind assistance to move"? Definitely written like someone for whom English is a second language, because generally speaking, we don't talk that way. 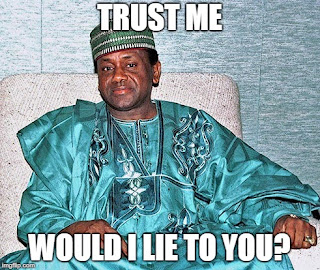 They dangle the big sum of money in front of us, as if that'll disarm any suspicions we might have of this unsolicited email (note to the scammers: suspicions still well entrenched in place. I just thought you should know). They claim they want me to sit on this money that they're moving out of the country (wow, I wonder what the Afghan government would make of a Yankee soldier swiping ten and a half million USD worth out cash out of their coffers). They assure me that they think the money will be safe in my care (note to scammers, it wouldn't be, because first, it doesn't exist, this is all about trying to con me out of money, and second if it did exist and some complete stranger gave me ten and a half million dollars to take care of until they get back into the country next month... I have to be honest, I'd totally disappear with it, and you'd never find me.

And of course there's the proviso that "this is legitimate and there is no danger involved." Uh huh. Right. Sure, I'll trust you on that. Right after I start trusting a shifty French archaeologist with no scruples whose fashion tastes are being duplicated in the strangest of ways. 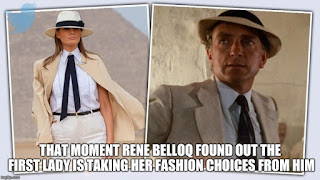 Nice try, scamming scammer. You take the name of someone who's actually served her country, someone whose profile is readily accessible, and use it to your own ends, hoping that someone will be dumb enough to bite and send off five grand as a sign of good faith that you're going to send them the ten point five million. Maybe someone else on that list of hundreds of thousands of email addresses you're randomly sending this crap out to will bite. But not me.

In an ideal world we could have Sergeant Brown and her colleagues come track you down, military style. And drop a bunker buster on you. 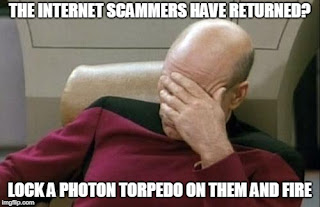