One Cranky Witness For The Prosecution 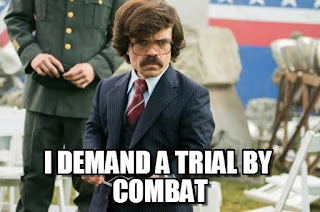 Calgary (CP). She was once one of the most esteemed authors in the mystery novelist circuit. She was a fixture of the community wherever she went. She was seen as a kindly grandmotherly type who enjoyed sticking her nose into police investigations for no reason whatsoever. Now she stands accused of multiple counts of murder in what might well become the first of many murder trials for the accused, in multiple countries. As it turns out, it begins in Canada, where several recent cases of murder during her extended stay have been attributed to her. 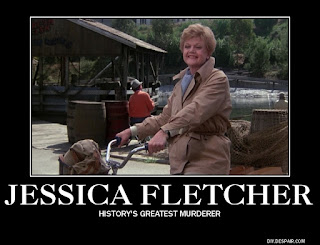 Jessica Fletcher, the famous mystery novelist and most famed resident of the small town of Cabot Cove, Maine, was arrested in May, charged with ten counts of murder in the first degree, and has been held without bail ever since. Investigators across the world have been comparing murder cases to those found in a secret journal the author kept in her home, and the numbers of murders she’s been implicated in continue to rise.

She was arrested by Mounties during an author’s meet and greet event. The author had been living on a temporary basis in the Calgary area doing research for a new book, during a period in which a series of brutal slayings took place. The path led the RCMP, who had the lead on the case, to make that stunning arrest, which was personally carried out by the lead investigator in the case- the legendary RCMP Inspector Lars Ulrich. 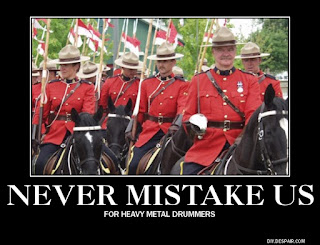 The man himself, frequently the bane of many an entertainment reporter’s existence (or vice versa), has very little patience for reporters, even the real ones. As for the entertainment reporters, they have a tendency to wear down his proverbial last nerve, and he’s cut a swath of destruction and broken bones among their ranks over the years. That’s been more than offset by multiple acts of the grouchy Mountie saving the world- from mad scientists, murderous Muppets, super-villains, dark cabals, and Russian tyrants. He’s also shown a tendency to pick fights with thousands of Tea Party fanatics, or to make Godzilla run away in panic and fear. 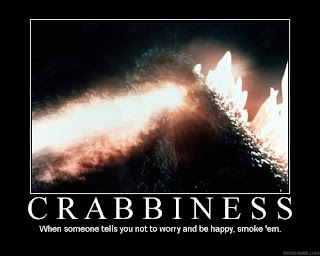 Fletcher still has her supporters. Her legions of fans refuse to believe the allegations against her and have picketed courthouses in Calgary anytime there have been legal proceedings. The trial, set for next year, will no doubt attract many more of them. “This is a set up!” Alexandra McCoy of Des Moines, Iowa, told reporters outside the courthouse today. The suspect was inside, going through a preliminary hearing. “A total set-up! And those Mounties are in on it! Just because she writes plotlines about killing people doesn’t mean she’s a murderer! You’d have to be totally devious and without a conscience to go from writing to actually killing people, not to mention framing other people for her own acts! And that’s not our Jessica! She’s the grandma you wish you could have, baking cookies and brownies and always with a smile on her face! Free Jessica now! This is an outrage!” 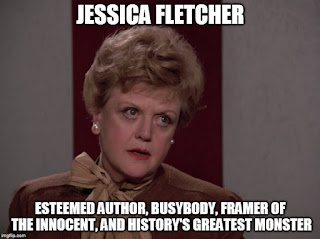 More fans cheered what McCoy had to say. One of them, a long time fan later identified as Hugo Cavendish, took control of the crowd, yelling, “what do we want?”

The crowd roared back, “Jessica free and clear!”

Cavendish yelled, “When do we want it?”

“Now!” the Fletcherites yelled back.

This reporter wondered how many times a variation on that chant had been used. The crowd started singing Kumbayah and holding hands as they encircled the courthouse, leaving this reporter, among others, rolling his eyes and musing that the person who originally wrote that song should have ideally been a murder victim of the Deceptive Novelist, as some have been calling Fletcher since the arrest. 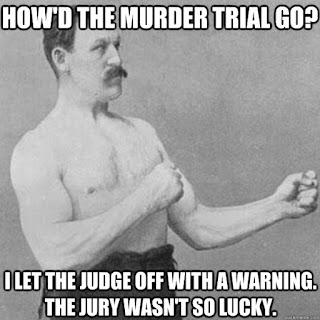 The case continues to build in places across the world, where convictions are being appealed, with many prosecutors wondering if the people they put behind bars because of Jessica Fletcher’s involvement in those cases are guilty or not. Names have been compared to what has become a very notorious secret journal, and police investigators in many jurisdictions are revisiting old case files. “We’ve never seen anything like it,” Detective Mallory Hudson, a member of the Bangor Police Homicide squad told reporters. “The numbers connected to this suspect just keep going up. Thousands of deaths, all connected to her. It might take years to sort out what she’s really done, and let’s face it, she’s an elderly woman, she could be gone long before it’s all figured out.” 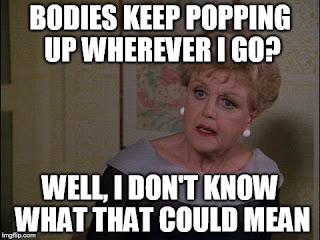 Sheriff Angus Tupper, son of another Sheriff Tupper of Cabot Cove, both of whom had worked with Fletcher in an informal capacity over the years, has been quiet since the case broke, participating in the investigation, finding the journal in the author’s house. It’s been said that the Sheriff is fuming that he and his father had been hoodwinked for decades by a serial killer in their midst.

For now, possession is nine tenths of the law, and Fletcher is in Canadian hands, standing trial for Canadian murders. Any other proceedings will simply have to wait. This reporter attended the hearing, where Crown prosecutors were making arguments to the judge, countered by Fletcher’s attorney, Eve Simpson, a Cabot Cove resident. Fletcher’s baffled looking nephew Grady Fletcher was in attendance as well, sitting behind his aunt, who seemed bored. 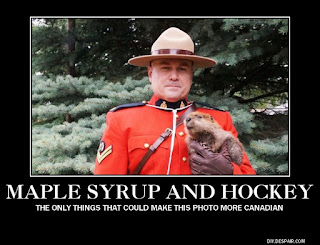 There was someone else in attendance, sitting behind the prosecutors. Inspector Lars Ulrich, looking as gruff and annoyed as ever, was sitting in his work uniform, as opposed to the red serge so many people associate with Mounties. He is already expected to be one of the primary witnesses for the prosecution at the trial next year. This reporter, knowing well the mood and temperament of the brave but furiously dangerous Mountie, left him alone. Ulrich sat quietly through the proceedings. Late in the hearing, with attorneys arguing back and forth, the suspect looked his way, catching his eye. And then out of nowhere, she screeched, “Your head on a pike, Ulrich! Your head on a pike!” 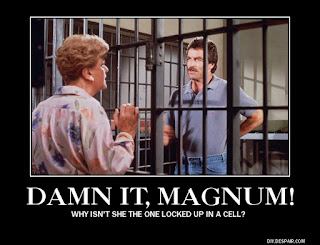 Fletcher was taken out by officers of the court, ranting and roaring. Ulrich was completely calm and disregarding of the threat. He left the courtroom, followed by those reporters who had been attending the hearing. Out in the hall were more- real reporters and the entertainment reporters, who had come up because of Fletcher’s fame as an author. For a moment there was silence. It was followed by Ulrich’s sigh of exasperation and grumbles of irritation. And then it was followed by a roar of questions. Ulrich looked decidedly annoyed.

One of the entertainment reporters somehow made his voice heard over everyone else. “Lars! Lars! Brad Janson, Access Hollywood. What everyone wants to know, Lars, is will Metallica be doing a theme song for the murder trial, and will it be featured on the Burst Eardrums tour? And second, why aren’t you out on tour with the rest of the band?” 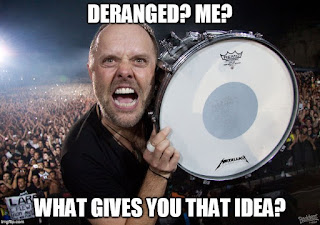 The real reporters backed up, eager to not be caught in the proverbial Wrath Of Lars. Ulrich glared at him. That made even more reporters back up- including Janson’s cameraman, who seemed smarter than the correspondent. The Inspector spoke in a low, threatening tone. “I am not that Lars Ulrich.”

Janson seemed confused; that is a common problem among entertainment reporters, it seems, in this reporter’s opinion. Perhaps they were dropped on their heads too many times as infants. Perhaps their mothers were fond of drinking during pregnancy. “Are you sure?” 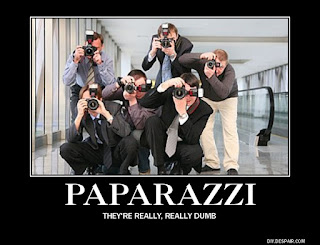 Ulrich’s response was one hard punch to his face. It sent Janson hurtling down the hall and crashing down onto the floor. He didn’t have time to complain- the Inspector was already heading his way. Whatever sense of self preservation sent him to his feet, and Janson started running, the Inspector at his heels, both of them crashing right through the ring of Jessica Fletcher fans. At last report, Ulrich had chased Janson up into Dead Man’s Canyon, where panicked echoes could be heard ringing through the harsh and unforgiving landscape:  I thought you were the Metallica drummer! 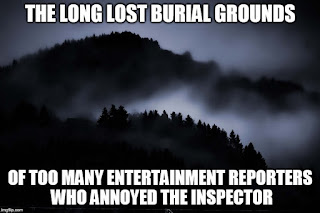