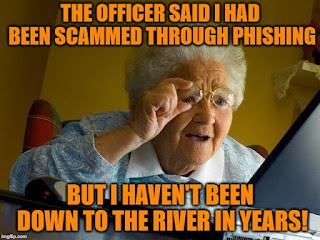 They never do give up. The internet scammers and spammers continue to send their junk email and their impossible get rich schemes from the proverbial cancer widow. They try to flood our blog comments with spam comments written by a bot with a bad command of the English language. The other day one of my photo blog posts about buskers got attacked by over two hundred separate attempted spam comments, out of absolutely nowhere. I say attempted, because the post is old enough to require my own moderation for publishing. I was stunned to log into my email account and find more than two hundred notifications, the bulk of them spam comment notifications. And no matter how many times you refuse to publish their comments, or tell them to drop dead, they don't give up. Nor do the internet scammers. Such is the case with the following, which turned up a couple of weeks back in my junk email. 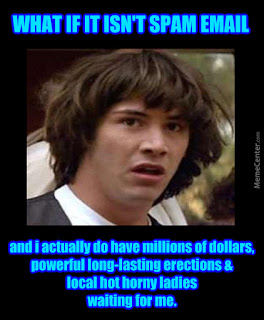 The selection process was carried out through random selection in our computerized email selection system (ESS) from our database of over 350,000.00 E-mail Addresses of Western Union users worldwide.

To begin the processing of your Grant Prize, You are to contact our Fiduciary Claims Department for more information as regards procedures to claim your prize.

Contact MR.JASON ONG by providing him with Your Reference Number: WUF/WU2019/KHPP 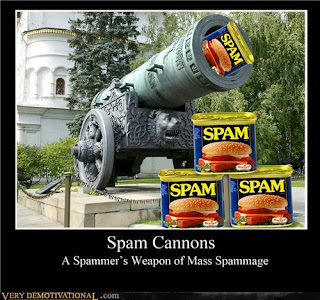 You just know someone's serious when they're writing in all capitals. Well, that and they're deranged, because when you're writing in all capitals, you come across as if you're screaming. Our deranged anger management requiring scammer tells me that I've been selected to receive 631 000.00 USD. This is a bit less than the usual cancer widow story that tells me I'll be inheriting millions of dollars from the soon to be dead widow of a former preacher/ warlord/ cabinet minister/ drug trafficker to do the Lord's good work. Come on, scammers, you can't even come up with a full million to entice the poor suckers who actually believe this?

There are the usual tell tales. Capitalized first letters for words that don't need it. The overly formal writing that doesn't sound like it's been written by a natural speaker of the English language. The email that comes out of nowhere from someone on the other side of the world.  The twit claims this was chosen by random selection from a list of emails for Western Union users. 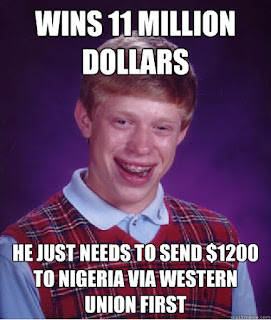 I've got some bad news for you, Mr. Jason Ong, or whatever the hell your real name is.

Of course, the real Western Union would know that. It got its start in sending telegrams back in the day (people actually still send telegrams, for some strange reason, in this day and age). But these days it mostly occupies itself with money transfers, at unreasonably high rates. It is often used as a front for fraud scammers like the jackass behind this email. If you go to an outlet that has their services, you'll often see a sign warning you not to send money to someone you don't know. They've been dragged kicking and screaming into actually being more responsible, mind you, but that doesn't stop scammers from making use of the service to sucker the gullible into sending what will be noted as an 'administrative fee' before the gullible finally wises up to the fact that they got suckered by a swindler. 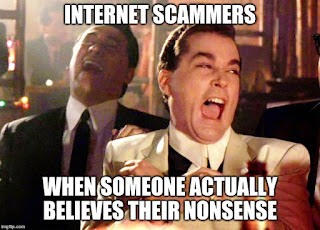 Nice try, Jason Ong, the totally fake agent with the totally fake name. I've seen far too much of your kind over the years, and unlike some rube in Alabama by the name of Jeb (go pester Jeb, leave me alone), I know a con when I see one. Scammers like yourself should do the world a favour and contract a particularly fast acting and vicious case of the flesh eating disease. No, I am not being hard hearted in saying that. 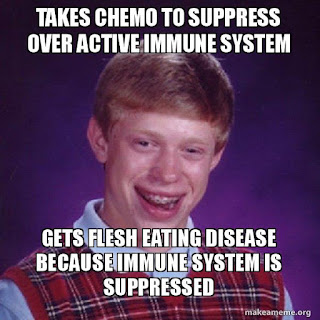 As for the aforementioned Jeb in Alabama: a bit of advice- listen to the concerned clerk at the Western Union outlet when you turn up to pay that unadvertised administrative fee to claim the prize you're convinced exists.

Because it doesn't exist, and you'll be out a couple thousand bucks. 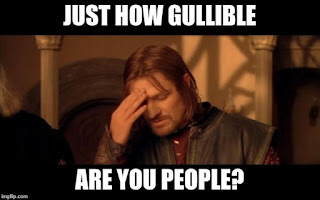