Descending Into The Madness 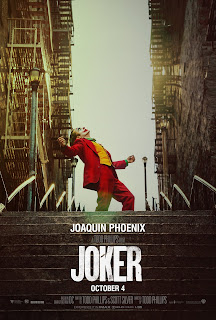 “Gotham’s lost its way. What kind of coward would do something that cold blooded? Someone who hides behind a mask.” ~ Thomas Wayne

“For my whole life, I didn’t know if I really existed. But I do, and people are starting to notice.” ~ Arthur Fleck 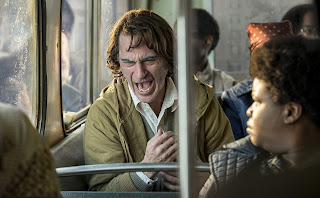 A very different sort of comic book adaptation for the cinema is out there now. Joker is a standalone deeply psychological character study of a descent into madness. Or a descent deeper into madness. In a Gotham City without a Batman, the film tells the story of a mentally ill nobody who becomes somebody… by giving himself completely over to his own madness. In a tour de force performance by Joaquim Phoenix, we see the character in a different light. Not a sympathetic one, but a compelling one, thanks to the actor. 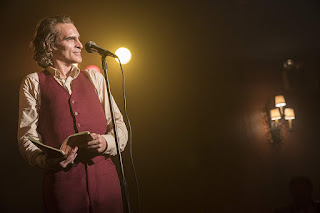 Set in Gotham City in 1981, the film tells the story of Arthur Fleck (Phoenix), who lives with his mother Penny (Frances Conroy). Gotham is a city filled with crime, unemployment, decay, and despair. Thomas Wayne (Brett Cullen) is running for mayor, not as sympathetic as previous portrayals, as he’s dismissive of the problems those in poverty face. Arthur is mentally ill, given to laughter at the wrong times, getting help from a social worker, but mired in mediocrity as a party clown. There’s a hint of possibility with a neighbor, Sophie (Zazee Beetz), but events turn against Arthur, with violence and a deepening madness accelerating out of control. 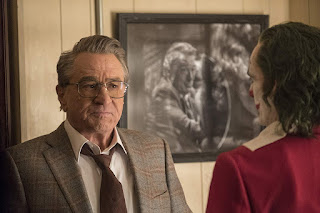 The film takes part of its inspiration from back story in an acclaimed Batman tale, The Killing Joke, with the motif of a failed standup comedian in the background of the Joker. Director Todd Phillips co-wrote the story and screenplay with Scott Silver, and their story is a tightly wound character study that’s set in a Gotham familiar to us- the relentless growing darkness and misery, the tensions in the community, the rising crime. It’s a surprise given the background of Phillips, whose work has mostly been in comedy like The Hangover trilogy. Because the story is dark and gets under your skin in a way that you wouldn’t expect out of his CV. Silver is a bit of a different story, having had directed or written films that are character studies, such as The Fighter or The Finest Hours. 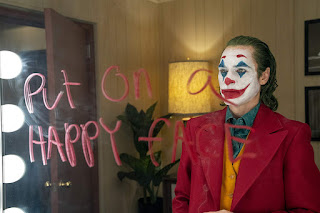 The challenge of the film is in telling a story in which there’s not really someone to be sympathetic about, which the screenplay succeeds in doing. Arthur Fleck is not sympathetic, even if he’s clearly suffering from mental illness. A given decision here, a bad moment there, leads him off into a deeper version of that illness; one wonders if it might have been preventable in other circumstances. But the character’s not sympathetic. Nor for that matter is Robert De Niro as Murray Franklin, a talk show host who’s more concerned with himself than anything else. The take on Thomas Wayne, less philanthropic than we might be used to given previous versions in cinema and comics, isn’t sympathetic. There’s a ruthless, callous disregard for others as the story unfolds. We might feel some measure of sympathy for Sophie, and for the young Bruce Wayne, though we know what the boy will become years down the road. 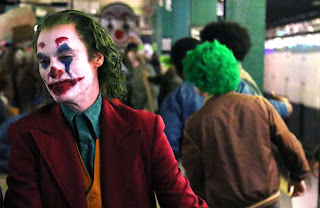 The story concerns itself with mental illness, the pitfalls of fame, class struggles, the misery of poverty, and the madness of a mob mentality. It weaves these themes throughout in a way that is quite different from your standard comic book movie, focusing deeply on character instead of spectacle. That reflects in the directing style. Phillips does stage action in the film, and does so well, but the film doesn’t need to rely on special effects and doesn’t. Instead it seems to take a lot of its influence from late-70s dark character studies (the inclusion of Robert De Niro speaks to that, as you can see a lot of parallels to his film Taxi Driver with its protagonist descending into madness, as well as his The King Of Comedy, which mines some of the same material). Phillips handles the tone in the right way, giving us a film that makes us feel like silent witnesses into madness. It’s brutally effective. 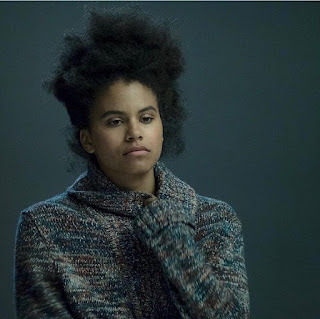 Zazie Beetz made an impression as Domino in Deadpool 2. Here she’s in another comic book adaptation, but one as an original character. She has to play Sophie in more than one way, thanks to how the story unfolds, responding to Arthur in different ways as the story goes along. She’s someone to be sympathetic about, generally likable, and initially there’s an easy chemistry between her character and Arthur that winds up going in a completely different direction. 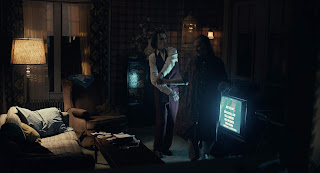 Frances Conroy plays Arthur’s mother Penny. It’s a difficult role; the character is both physically and mentally ill, so Arthur gets his madness from somewhere. She’s delusional, harsh in her own way, and not sympathetic, but the actress makes the most of that madness, giving a compelling performance. We’re left to wonder for ourselves how much of her delusions might be just that, and how much of it might be a glimpse of the truth. 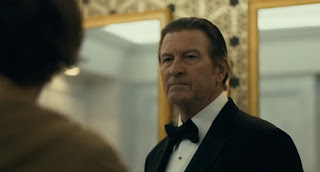 Brett Cullen is one of those character actors you’ve seen on numerous occasions in film and television. He’s actually appeared in the world of the Dark Knight before, playing a congressman in The Dark Knight Rises. Here his take on Thomas Wayne is a formidable one, and less sympathetic than we’re used to from the character. He’s a billionaire who has no regard for the disenfranchised, a man seeking power for himself as a mayor, but with no concern for the citizens who don’t have much of a voice. There’s a callous disregard the character has for those outside his orbit, and a protectiveness of his own legacy. It might not be a sympathetic take, but Cullen’s Thomas Wayne is one you remember. 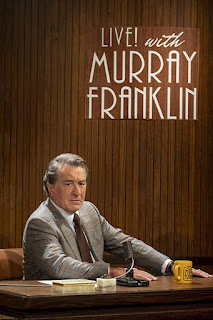 Robert De Niro has spent the last few years in what we could call a hit and miss trajectory in his career. One film might be a compelling one, but another will be a disaster- mostly comedies, which it’s obvious he’s only doing for the paycheck. Here he gets a good part, and he reminds us just how good an actor he is. Murray is unsympathetic, a talk show host more concerned with his own reputation and celebrity and not really paying much regard to the consequences of his actions. He mocks a video performance of a disastrous standup routine by Arthur, never thinking it might come back to haunt him. It’s a fascinating job by the actor, evoking other films from his past. 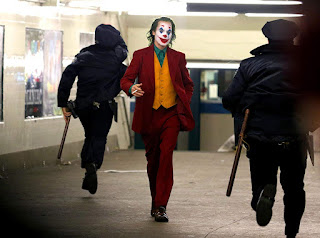 One could say Joaquin Phoenix was suited for this role, given that he’s had the odd occasion in the past where he seemed, well… not entirely there. Phoenix did not want to take roles in the Marvel cinematic universe, because that would require multiple appearances in sequels. But he had been interested in a character study about a villain. This take on the Joker does stand on its own- this is not the Jared Leto Joker we’ve seen in Suicide Squad, or the one from the Nolan trilogy. In fact, it’s left ambiguous as to if he’s even the Joker at all, or inspiration for someone who’ll become the Joker. His performance is a marvel: a descent into utter madness by a man already halfway there, a mediocrity in life who finds his purpose in a life of violence and mayhem. The character isn’t sympathetic, but Phoenix makes him utterly compelling to watch throughout the film as he brings out the chaos and malevolence of a mind gone terribly wrong. 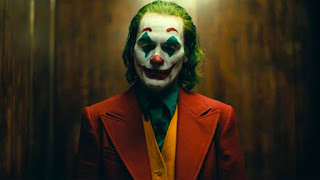 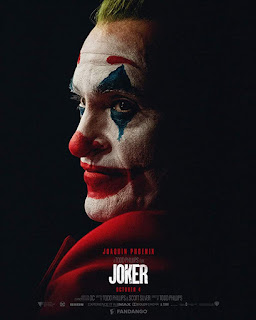 Posted by William Kendall at 2:33 PM