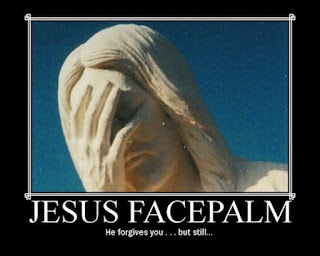 It has never occurred to them to just stop, go away, and never come back. No matter how many times we suggest they cease wasting oxygen and just die already, they never take the hint. I speak, of course, of the internet scammers and spammers who infest our email and comments posts with obvious scams and endless spam for crap we don't want. Most of them, of course, are poorly worded nonsense. Most of them never see the light of day, banished permanently to spam comments or junk folders automatically. And those that do pass by the spam filter don't last long. And yet they persist. The first example below is a spam comment left in my pending approval folder and quickly banished. The second one is a standard advance fee internet scam. 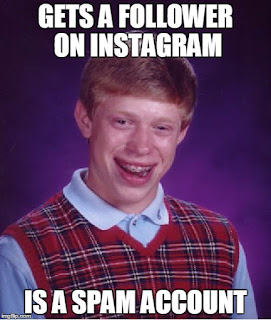 There were several reasons for this. One, I didn't believe he was quoted in the right manner. This was wise of me. A number of bloggers, particularly pro-Apple bloggers, jumped on some in the Schmidt purportedly said, then had simply to walk back their posts (if they are men of integrity),or in some cases (if they are not men of integrity) they just ignored reality when it was discovered that had been looking all quoting some guy who was misquoting Schmidt. Over the path of the last three years the marketplace for mobile applications for a brainy phone, iPad, iPod Touch and the multitude of Android phones has grown at an exponential fee. Industries have been revolutionised as gaming, entertainment, education and lifestyle applications have bought out and wedged a permanent place the lives. No matter whether you're family vacations consist of their plane ride or a car ride, bonus . that's common in both modes of travel is time: time at the airport, time on the airplane, and 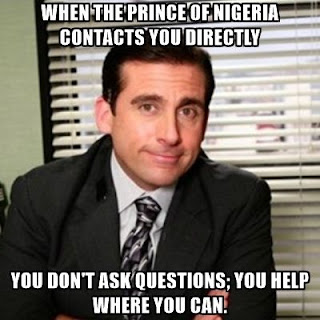 With Due Respect Sir !! I Jerome Powell, the Federal Reserve Chairman of the Board of Governors of the Federal Reserve System officially inform you that we
received a transfer instruction from the IMF -- International Monetary Fund ” Bond with the
United Nations (UN) ordered this office to credit Ten Beneficiaries account with full Contract amount.

Note: out-of ten selected beneficiaries approved for payment in the month of mar 2019, your name appeared in my file as the second beneficiary to receive US$11,000,000.00 via Telegraphic Wire Transfer.

The first Beneficiary in our payment record (Michael Rodriguez) has received his fund via Telegraphic Wire Transfer last month.Every arrangement of your fund transfer is concluded, consequently you will be oblige to provide your existing Banking details for immediate transfer of your fund with your FRATERNAL ORDER OF POLICE CLEARANCE CERTIFICATE as the fund owner as recommend below:

1) Full Name;
2) Full Address;
3) Your direct contact telephone number;
4) Your Age and Occupation;
5) Copy of any valid form of your Identification;
6) Your Bank name;
7) Your Bank Address;
8) Account name and Number;
9) Routing Number;

Note: upon the receipt of your Banking details as stated above, I will forward our payment instruction to you, Please Note that this office cannot afford to be held liable for any wrong transfer of funds.

Treat as Urgent as we appreciate the opportunity to serve you better.
We are looking forward to serving you better.
Best regards,
Jerome Powell,
Chairman of the Board of Governors
Federal Reserve Chairman
Of the Federal Reserve System 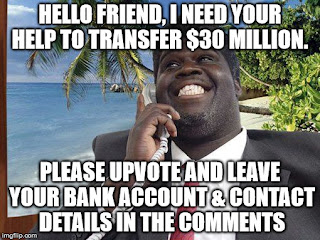 Where to begin? Well, with the spam, which makes no sense at all and was totally unrelated to the blog post in question. It's an Apple rant, seemingly written by someone with no command of the English language. Spelling mistakes, wording that doesn't flow in the way you'd expect, and rambling back and forth between unrelated matters. I find it hilarious that this nitwit uses the term 'men of integrity' when it's painfully obvious that integrity is something lacking in every internet spammer.

And then there's our Federal Reserve Chairman. Well, not my Federal Reserve Chairman, because I'm Canadian. And not yours either, because the actual Jerome Powell does not spend his time mass spamming hundreds of thousands of address with an advance fee scam.* Of course the asterix does take into account the complete fucking moron who nominated him to the job, so anything is possible. 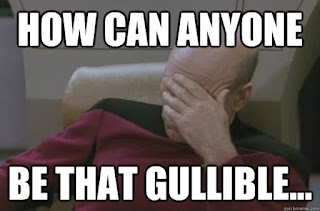 It's a common thing for these scammers to make use of an actual official as their cover story. Though it never seems to occur to these scammers that their tell tales give them away. First, we've all seen endless versions of the above letter. Second, the tell tales include things like capitalized and non-capitalized words where the rules for each are tossed out the window. And third, the dangling of a substantial amount of money as if it actually exists (it doesn't), is a standard element of internet scammers. Oh, sure, we're missing the standard sob story, but the rest fits their methodology.

For someone who claims that my name came up in their file as a beneficiary, this jackass then goes on to ask for things like my name, address, banking information, and so on, so that the money can be transferred. Well, if this was legitimate (it's not), that information would be on file. But it's not. No, our friend just wants me to give them access to my banking information so they can personally raid my accounts. What can possibly go wrong with doing that? 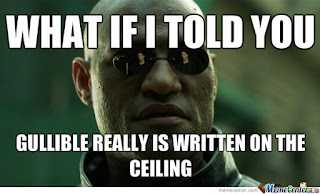 I find it hilarious that the moron has the disclaimer- 'this office cannot afford to be held liable for any wrong transfer of funds'. Of course you can't afford it. First, you're not the actual office. Second, the average internet scammer isn't making much of a living pulling this crap. It's just their way of saying, 'yes, we're going to screw you over, and there's nothing you can do about it.'

Actually there is. Myself, as well as the five hundred thousand other random email accounts you sent this story to, can follow common sense and not answer your email. Oh, sure, you might luck out and find someone who's gullible enough to buy the con. But I'm used to your methods, and instead treat you with the ridicule that you have coming.

In an ideal world, Totally Fake Jerome Powell, you would get exactly what you deserve. An unpleasant run-in with a heavy breathing crankypants with magic powers and a low tolerance level for insufferable fools.

Posted by William Kendall at 3:00 PM