Death And The Grouchy Sedgwick

Today I have one in my occasional series of totally inappropriate eulogies. The ending came to me first.  This is why I can never be trusted with doing a public speech. 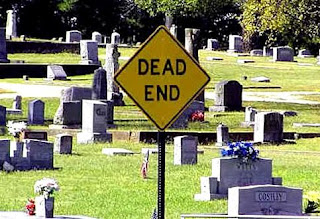 “Thank you, Reverend, for that kind introduction. And thank you all for coming out on this sad, somber day as we try to come to terms with the unfortunate passing of Andrew. A husband, father, son, brother, and dear friend to us. Alicia asked that I should do the eulogy. I can only hope I do justice for Andrew and see him off with what he would expect of us all. A few tears, perhaps some laughter, and good memories.

When we think of the manner of Andrew’s passing, we think of how unfair it all seems. Taken from us in the prime of life, and in such a way. But perhaps we should talk of the man himself as opposed to the way he died. That can wait, after all.

Andrew, Alicia, and I all met in college. We all were geared towards medical school, becoming doctors, establishing private practices sometime down the line. Andrew was already known by a nickname that many of us will always call him before we think of him as Andrew. A name that fits, given his chosen profession. 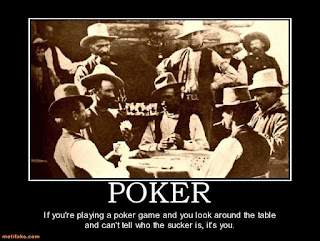 There’s this old expression that comes to mind. Never play cards with a guy called Doc. I learned that one pretty fast with him. I always wondered afterwards if Andrew cheated during poker, so after four or five evenings of him cleaning me out hand after hand, I decided to refrain from playing cards with him again.

So, Andrew and I became friends. Despite his cheating at cards. He and Alicia met and fell in love and made plans for their future. We all went through medical school, somehow managed to survive residency and the endless long shifts and particularly that old bastard Doctor Sedgwick… let me assure you, if anyone deserved to go the way Andrew did, it was Clive Sedgwick… oh, hi! Sedgwick! You’re here! Good god, old man, how are you possibly alive? You must be ninety six by now.

I’m letting myself get off track. Sorry. That happens.

Well, we got through medical school. We got through residency. We did our time in the proverbial trenches of hospital life and the tensions of an emergency ward. And we all moved on with our lives. Private practice beckoned, because honestly, who wanted their life to turn out like an episode of Grey’s Anatomy?  Which, for the record, is an awful show. 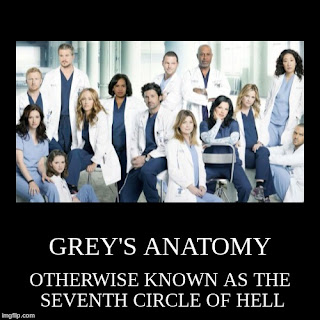 Andrew and Alicia got married and settled into a private practice and a quiet life in the countryside. Had three wonderful kids. Katie, Michael, and Ella, your father loved you very much, and you made him very happy. He’d be proud of you.

In time I got married too. Josie and I have stayed friends with Andrew and Alicia, even though my private practice took me to another part of the province. We’d get together every once in awhile, keep in touch the rest of the time. Life was good. A good living, practices that were thriving, patients that kept us busy, but time to be had for the important things in life. Family and leisure and the occasional evening dining out.

Which I’m sure is better than can be said for Sedgwick and however he spends his days. Honestly, old man, tell me you finally retired, or are you still making life hell for every resident doctor you’ve ever met? Oh, don’t look at me like that. 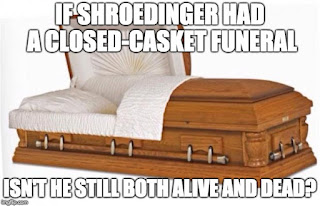 I’m getting off track again. Sorry.

Until last week, that is.

It’s for the best that we have a closed casket.

It’s not as if open casket was an option, under the circumstances.

Andrew was off at a medical conference in Chicago. Everything went fine. He was on his way home. He just happened to pick the wrong flight.

If he’d flown Air Canada, maybe nothing would have gone wrong.

Instead, he flew United.

Well, from what we’ve been told by the other passengers, United continues to have problems with customer service. This, after more than a few incidents in the last couple of years.

They had a couple of their employees flying with the passengers, off duty, just heading for Toronto for some time off.

One of them wanted a seat to put their shopping bags on.

Now apparently shopping bags for an off duty pilot is more of a priority than a passenger.

Okay. So the plane was fully booked. Enough so that they had to turn people back at the gate who’d bought tickets in advance. Let it not be said that United has learned anything from their previous mistakes.

So they went looking for a volunteer.

Someone to give up his seat.

And they settled on Andrew.

They’re still not saying how it happened. I mean, I would have thought it was physically impossible to open a plane’s doors in flight. Sufficed to say there were unpleasantries said, according to the other passengers… and Andrew was removed from his seat.

And then kicked off the plane. 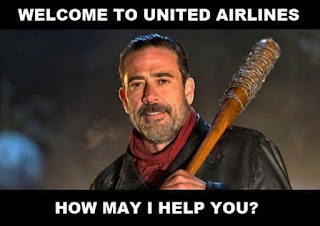 They say the terminal velocity for someone falling through air is about 195 kilometres an hour. Before he hits the ground. Andrew hit the ground on a farm outside of Kitchener. Or the ground hit him. I guess it depends on how you see things.

Well, they say if you have to go, you might as well go fast. Better to go fast than to die slow and in agony. A little pain, but fast? Okay. A lot of pain, and horribly slow? No thanks. We’ll never know if Andrew passed out of this world before he hit the ground. But in those last moments, surely he must have been thinking of his beloved Alicia and their kids.

Strangling the chairman of United Airlines after suing the company into bankruptcy.” 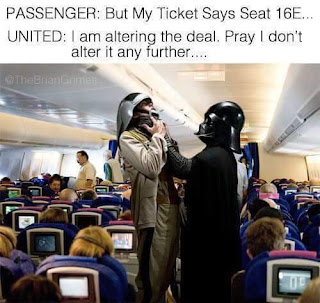