The Insecurities Of An Angry Actor 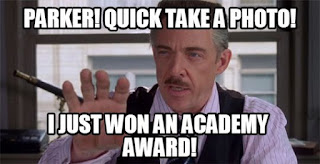 Los Angeles (AP) Further details on the 90th Academy Awards were announced by producers. The annual awards blowout and celebrity love-in event will be happening on March 4th, 2018, hosted once again by Jimmy Kimmel, returning from last year. Producers Michael de Luca and Jennifer Todd met with reporters in Hollywood at the Academy’s Pickford Center For Motion Picture Study to discuss some of the outlying issues of the ceremony, which each year crowns winners in multiple categories and seems to draw in way too much emphasis on what people are wearing. 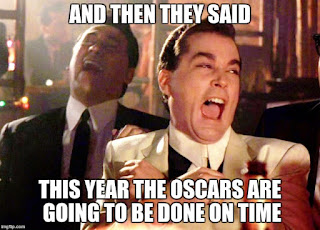 Nominations will be opening up early in the new year, with numerous films speculated about as contenders in various categories. The producers confirmed that Kimmel’s steady hosting and capacity for improvising in the last year’s epic-length ceremony made him a good bet to return this year, and that Kimmel has been hard at work with the writing staff in devising the opening. They also promised to do everything in their power to bring the ceremonies in on time. “As opposed to the usual eighteen to forty eight hour ordeal,” Todd noted.

“Yes, I can confirm that Jack Nicholson’s corpse will be present and accounted for,” de Luca added. “In cooperation with the terms of his will, the annual touch-ups on his embalming will be taking place in the days leading up to the ceremony, and he’ll be ready to go, propped up right in the front row as always. We are trying to get people to agree to sit beside him, but thus far have had problems getting solid commitment in that regard.” 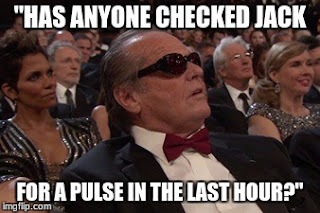 Todd carried on. “Yes, we are well aware of the ongoing scandals involving actors, producers, and the like in sexual harassment or assault. We continue to monitor the situation, and can assure you that those who have been accused will not be attending. If, during the ceremonies, breaking news comes out that one of the attendees is being accused of anything, we are fully prepared to throw them out. Mr. Kimmel plans on devoting time during the ceremonies to single out Harvey Weinstein in particular as a target of his comedic wrath. We have no idea where Mr. Weinstein is, so you’ll have to ask his lawyer. Who, if they act like any other lawyer would, will just say they have no comment pending legal hearings anyway.” 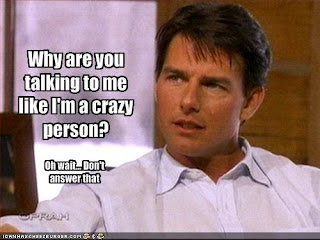 “And then there are the other matters,” de Luca remarked. “Over the last few years we’ve had persistent problems with the behavior of Tom Cruise, who has perpetually shown up despite not being invited and has routinely made a fool of himself, demanding attention. Once again this year we will have our enforcers on hand. Tommy Lee Jones and Marisa Tomei have kindly agreed to take on that position again, and rest assured, neither of them need brass knuckles to get the job done.”

“You can’t let her in!” a voice bellowed from the back of the room. Reporters turned, and a familiar figure came striding through the crowd towards the producers. Leonardo DiCaprio, the perpetually Oscar deprived actor (at least until his lead role in The Revenant), looked irritated. The actor, who actually hasn’t acted in a feature film lately, and who isn’t scheduled to act any time soon, has been known for making scenes at the Oscars and getting beaten up by the aforementioned Ms. Tomei as a consequence. “Marisa Tomei broke my nose! She’s humiliated me repeatedly, and you can’t let her attend the ceremony!” He took to the podium, glaring out at the reporters, looking less like the heartthrob from his Titanic days and more like he was channeling a middle aged Orson Welles.

“Mr. DiCaprio,” de Luca started, and the actor turned, glaring at him. “You’ve been warned about this before. Ranting doesn’t look good for anyone, but especially you, and if it means we’re required to bring in actors who know how to handle themselves in a fight and who have no problem at all knocking someone out, that’s what we’ll do.”

“What part of she broke my nose are you not hearing?” DiCaprio countered, turning back to the reporters. “I demand respect! I am the greatest actor alive today, and I should be treated as such! I mean, there’s a reason I’ve got supermodels to date all the time, you know!”

“Because you have money and fame?” this reporter asked, not adding, it can’t be for your personality. 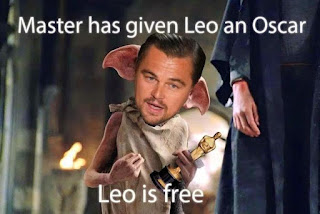 DiCaprio nodded. “My point is no one treats me the way I’ve been treated and just keeps getting away with it! I demand that she be barred from the Oscars. Jones too! I won’t be hit in the face by anyone ever again!” The actor went on, but movement behind him caught the eyes of everyone. Jones and Tomei themselves came out on stage, silently moving behind the actor as he carried on ranting. Finally Jones tapped on his left shoulder, while Tomei tapped on his right shoulder. DiCaprio turned… and Tomei and Jones hit him in the face at the same time, sending him tumbling to the floor.

The press conference broke up shortly thereafter. Tomei and Jones were quiet, but seemed quite satisfied. The producers thanked reporters for coming. Reporters speculated on the long odds of the Oscars actually running on time. And DiCaprio was taken out of the building by paramedics, holding his nose and yelling, “they broke my nose again!” 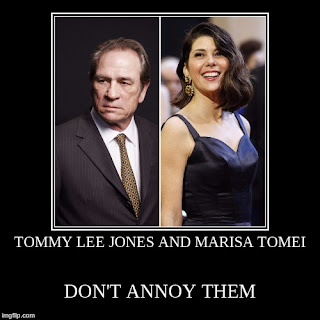