Scammer Of The Frontier 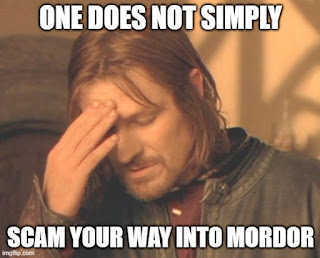 No matter what we do, they don't give up. They don't take a hint and go away. They don't grasp the meaning of drop dead. They can't do the world a favour and hold their breath until their heart stops. And more's the pity, because the world would be better off without them in it. I speak of course, of the standard homo sapiens spammeritis irritatingus, a particular variant of the human race that makes one roll their eyes and ask if this is all some big cosmic joke. Such as the following, which turned up in my junk email a few days ago. I'm pretty sure I've seen this copy and paste form letter nonsense before. 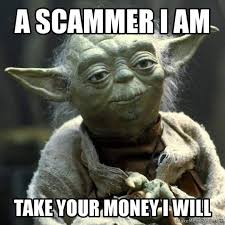 Dear Friend.
As you read this, I don't want you to feel sorry for me, because, I believe everyone will die someday.
My name is Peter Lawson,a merchant in Dubai, in the U.A.E.I have been diagnosed with Esophageal Cancer which was discovered very late,due to my laxity in carrying for my health. It has defiled all forms of medicine, and right now I have only about a few months to live, according to medical experts.
I have not particularly lived my life so well, as I never really cared for anyone not even myself but my business. Though I am very rich, I was never generous, I was always hostile to people and only focus on my business as that was the only thing I cared for. But now I regret all this as I now know that there is more to life than just wanting to have or make all the money in the world. I believe when God gives me a second chance to come to this world I would live my life a different way from how I have lived it.
Now that God ! has called me, I have willed and given most of my properties and assets to my immediate and extended family members and as well as a few close friends. I want God to be merciful to me and accept my soul and so, I have decided to give arms to charity organizations and give succour and confort to the less priviledged in our societies, as I want this to be one of the last good deeds I do on earth.
So far, I have distributed money to some charity organizations in the U.A.E, Algeria and Malaysia. Now that my health has deteriorated so badly, I cannot do this my self anymore. I once asked members of my family to close one of my accounts and distribute the money which I have there to charity organization and to the less priviledged in Bulgaria and Pakistan, they refused and kept the money to themselves. Hence, I do not trust them anymore, as they seem not to be contended with what I have left for them.
The last of my money which no one knows of is the huge cash deposit of twenty four million dollars that I have with a Security Company in Europe for safe keeping. I will want you to help me collect this deposit and disburse it to some charity organizations and to the less priviledged.
Please send me a mail to indicate if you will assist me in this disbursement.
I have set aside 10% for you for your time and patience.
You can e-mail me at:plawson@hknetmail.com
While I await to hear from you, may God be with you and your entire family.
Remain blessed.
Mr.Peter Lawson 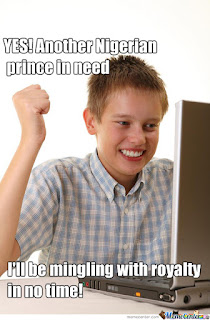 So where do I start with this one? How about at the beginning, with the "dear friend" greeting. First off, I'm not your friend. Why? Because you're an asshole, and I dislike assholes. So don't start calling me your friend. It's presumptuous and annoying, and it's not going to happen.
Our boy claims to be a merchant in Dubai, with the name Peter Lawson, which doesn't sound like the kind of name you'd find in Dubai. He, she, or it then proceeds to do some of the usual internet scammer tricks of the trade- the sob story, the capitalizing words that don't need to be capitalized, the punctuation and spacing issues, and speaking in an overly formal way that suggests we're not dealing with a regular speaker of the English language. 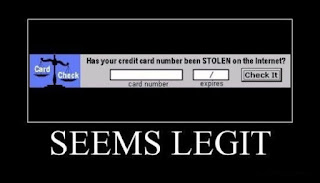 He claims he has "Esophageal Cancer"- again, no need for the capital letters. He uses the term "carrying for my health" and "defiled all forms of medicine". Are you carrying your health? As for defiled, well, you're defiling the English language.
He claims that he's very rich (of course), but has not led a good life, being "always hostile to people". Well, I can understand hostile. I'm hostile to you, jackass, and I don't even know you.
He claims he's turned his life around and has willed money to family and friends, but wants to get rid of the rest of it, to the 'less priviledged.' You'd think that someone who was as obscenely rich as this 'merchant' of Dubai claims to be would have some grasp of English. But no. 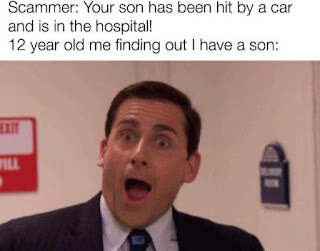 And then he dangles the 24 million dollar bait, with a ten percent retainer fee for my time and patience, if I distribute that cash to the needy. Of course. Because he expects us to believe that rich millionaires halfway around the world are going to be spending their dying days pleading with strangers on the other side of the planet to help them do good work with the totally non-existent money they've got.
Uh huh. Yes, I've heard that before. I'll hear it again. 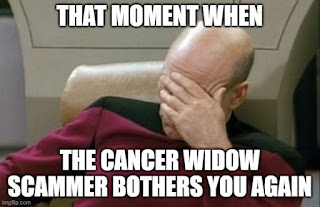 Nice try, numbskull. Perhaps someone on that list of five hundred thousand or a million emails you're randomly sending off to will take the bait. And send off the inevitable 'banking fee' of a couple grand to get things started, before realizing a few days later they got hustled by a hustler. But not me.
No, I've seen this nonsense too many times. If you really were dying of cancer (you're not), I would say two things. First: good. And second: hopefully it would be the sort of cancer that would have you screaming in pain, unable to respond to pain killers.
Because the cancer scam is low. Real low.
But typical of you.
I suggest in the meantime that you go take a swim.
In a lake with a hungry crocodile. 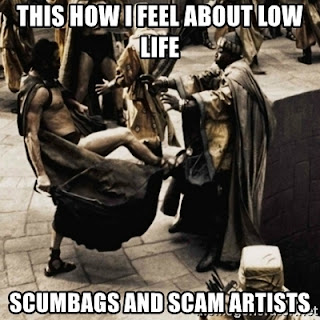 Posted by William Kendall at 6:54 PM