The 1980 Gold Medalist In Dementia 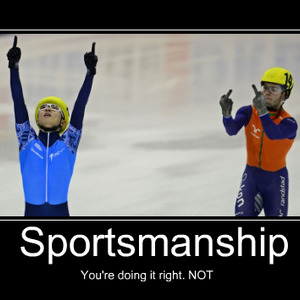 Pyeongchang (AP) The 2018 Winter Olympic Games are soon upon us. Athletes are streaming into the South Korean city and various competitive sites for the event, spread out from the 9th to 25th of February. Visitors are following in their wake, eager to take in events. Controversies are right along with the visitors, particularly over punishments to the Russian delegation, which consists of far fewer members than usual, with many athletes banned at least for these games over systemic doping charges. The country’s flag and anthem will also be absent. 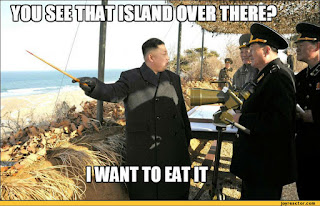 Less of a concern, seemingly for the moment, is the persistent tension between the two Koreas, as Kim Jong-un has been playing nice as of late. The two countries, in a state of a tense standoff for decades, will march together under a common flag for the opening ceremonies, and will field a women’s hockey team together as a nod of détente, at least for the time being. Diplomats behind the scenes have confirmed that the North Korean dictator, who’s ceased rattling the sabre as of late, may be content with sending out video messages with him whistling Tiny Dancer, a subtle jab at his American nemesis, who will be sitting out the Olympics at home. 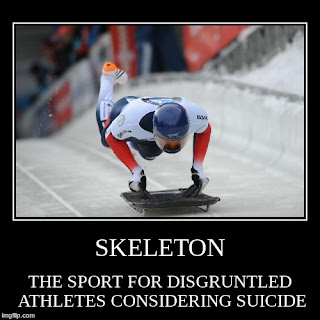 The Games, which see less participating countries than their Summer counterpart, nonetheless are featuring some new participants this year. Ecuador, Malaysia, Eritrea, Nigeria, Kosovo, and Singapore are sending athletes for the first time to Winter Games. For such nations, just participating is reward enough. The usual Winter Games powerhouses, aside from the depleted Russian contingent, will all be active. So too will be the official and unofficial Olympics merchandise hawkers, each eager to unload souvenirs on the visitors. 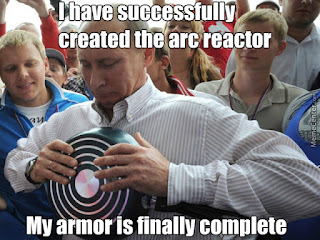 In Moscow, Russian president Vladimir Putin has been stewing. Even with the overturn of a number of banned athletes in recent days, Putin had been considering a complete boycott of the Games. Two days ago he addressed the matter to Russian politicians at the Kremlin. “How dare they treat Mother Russia this way!” he bellowed, referencing the IOC. “Do they not know who we are? Do they not know who I am? Russia is me! I am Russia! No one treats us this way and gets away with it! This is our destiny! To rule this entire world with my iron fist! Tsar Vladimir the First! We are so close! I have that orange idiot in Washington by the fine hairs, after all. Quite literally!” 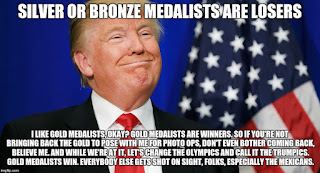 The reference of course is to the man somehow elected to the American presidency. Donald Trump, who will be sending Vice President Pence to represent the country, has been busy as of late demanding Americans “unify behind me, or else”. Trump is staying home to bask in Twitter storms at four in the morning, his daily supply of Diet Cokes, Fox News, and rage, and the fury of the First Lady. “Believe me, folks, I don’t wanna bother going all the way over there,” Trump told reporters while playing golf at one of his resorts on the weekend. “I stayed outta there back in the Vietnam- East Korean War with my really painful bone spurs, and I’m sure as hell staying outta there now.” When reminded by reporters that Vietnam and South Korea were not at war and that he was mixing up two separate conflicts, Trump shrugged. “Fake news! Unfair! Leave me alone! Hey, Secret Service! Do your job, you worthless ****ing losers, and shoot those ****ing commie lying media traitors!” 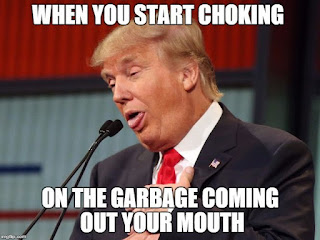 Yesterday, after two days of ridicule over his ignorance of geography and history, the President was at a Re-elect Trump rally in Iowa before a few thousand of his supporters, bearing MAGA red hats, Confederate flags, and handwritten signs. “It’s like this, folks,” Trump said, revelling in the cheers of his base. “Nobody does the Olympics like me! I mean, I know the Olympics. People don’t know this about me, but I was in the Olympics. Believe me, believe me. I won the gold in the men’s 100 meter run in the 1980 Summer Games, and believe me, that crowd loved it. They loved it.” 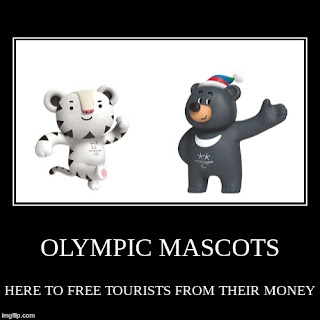 This would be a surprise to Allan Wells, the British athlete who actually won the gold medal that year, not to mention the fact that the 1980 Games were held in Moscow- something that had been boycotted by the Americans. And yet none of his supporters seemed to remember that boycott. All they were interested in doing was blindly cheering their idol, who reveled in the attention, particularly since it was keeping him away from his wife- who’s reportedly been quite put out over Stormy weather, so to speak. 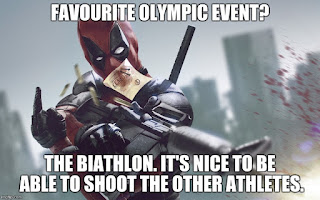 How will the Games go? No doubt some events will lead to surprises. There will be moments of sportsmanship and moments of heartbreak. There will be memories made and rivalries renewed. And as usual, there will be questions. Such as what the hell was the person who came up with the opening ceremonies artistic production even thinking? As is the case with so many opening and closing ceremonies, we are left to wonder if those responsible for them are a few chapters short of a cognitive book. 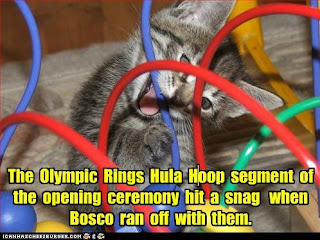