A Fine Day For A Crowded Marathon

While I mostly leave my photoblogging over to the other blog, I am in the midst of the Tulip Festival series that will be followed by my Doors Open series (summer is exceedingly busy for a photoblogger here). And since I was in want of a subject for today, this seems appropriate to put in here.

This past weekend here in Ottawa we had the National Capital Race Weekend, with several races over the two days ranging from a two kilometre kids run to the full marathon. There were over forty thousand runners involved in one event or more during the weekend. On the Sunday, I was downtown at ground zero for the finish of the marathon, coming up through the crowd on Laurier Avenue, where it separates the City Hall precinct to the south from Confederation Park to the north. There were many people here, a lot of them runners who had finished the race and were filtering out through the park. 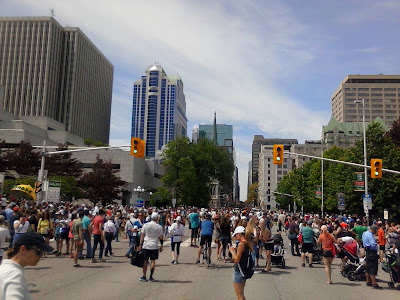 These views from the Laurier bridge over the Rideau Canal look south to the finish line (that blue arch in the background), and a mass of marathoners walking past below. The building to the right in the second and third shots is the Cartier Square Drill Hall, an armoury that dates back to 1879 and houses two military units. 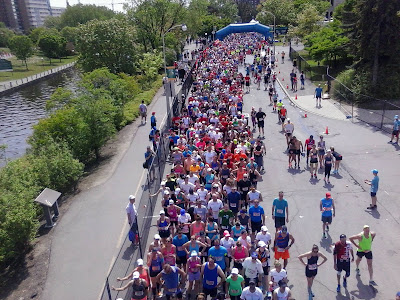 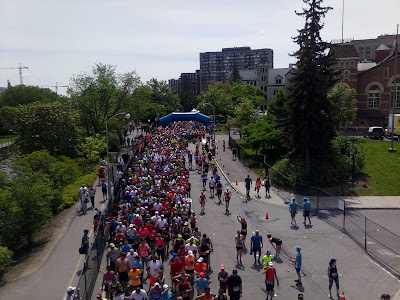 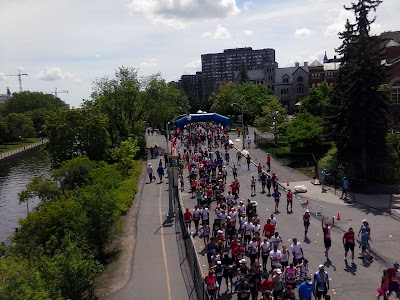 These views look north over the Canal, with landmarks like the National Arts Centre, Parliament Hill, the Chateau Laurier, and the Ottawa Convention Centre. The runners you see down below are in the final stretches of their marathon- the course winds down along the Canal to the Pretoria Bridge south of here, where they then make their way back up the west side of the Canal for the finish line. 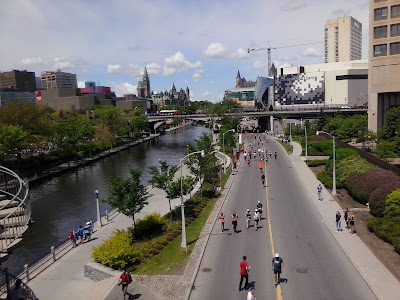 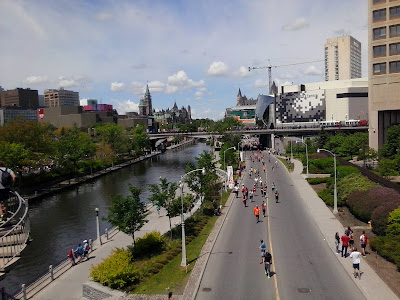 This view looking back west along Laurier Avenue shows the crowd, as well as a couple of landmarks- First Baptist Church on the left, and the Lord Elgin Hotel on the right. Normally the pedestrian can't walk on this part of the street- Laurier Avenue is a very busy street through the day. 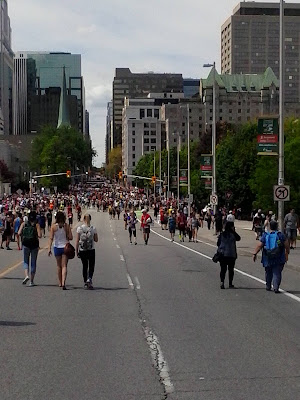 These two views to the north take in runners coming through Confederation Park- there were rest stations set up here to help runners start to relax after such a run. The organizers keep the whole weekend running fairly smoothly, and the marathon tends to cover ground taking runners past some of the landmarks here in the National Capital Region. It is quite an event, drawing a lot of people in. 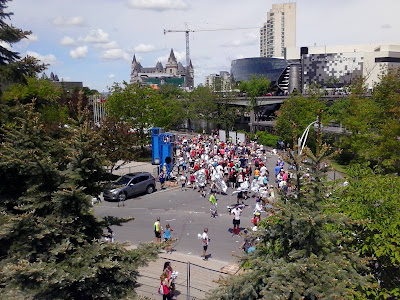 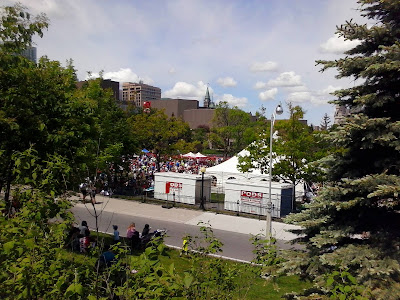 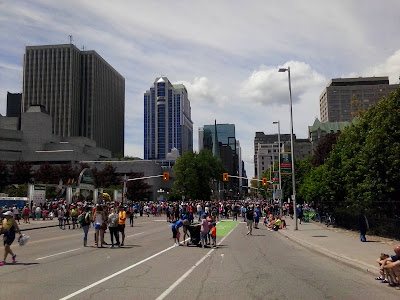