I have a eulogy of sorts today. I suspect I may not be allowed to travel in certain states for this one... 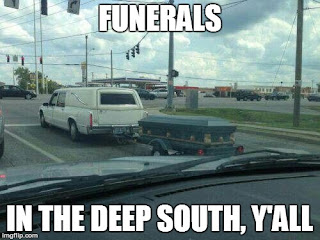 “Hey, y’all. Thanks for comin’ out to say goodbye to Bobby Ray Guthrie. He’d be glad to see y’all here. Well, if he was alive, but hey, if he was alive, we’d all be down at his place right now havin’ some barbecue ‘stead of in this church in all our Sunday best... well, most of us in our Sunday best. Because between you and me, Joey Jim, a NASCAR t-shirt probably ain’t the right thing for a funeral service.

Where was I? Oh, right. Bobby Ray. Lots of y’all are gonna miss Bobby Ray. I see his two ex-wives are here. Bessie Sue, Anna Ellen, nice to see y’all. Try not to fight. At least not until after the service. And y’all know his widow Jessie Lyn. Hi, Jessie, did the insurance people get back to y’all yet?

Probably not the right time to talk about it. 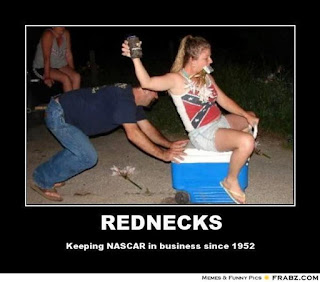 I see his former parole officer here. Jim Bob, it’s been awhile. Sure, Bobby Ray mighta been a bit reckless and given to doin’ bad stuff when he was growin’ up, and sure, sooner or later the law caught up to him, but you’ve gotta admit he did keep to the conditions of his parole once he got out. Even if that meant havin’ to meet up with you once a week. Sorry, Jim Bob, but the truth is, nobody likes you.

Lots of us are gonna miss Bobby Ray. We think today of our drinkin’ buddy, the President of the local Raccoon Huntin’ Club. Sure, them there pesky raccoons never met a bad end ‘cause of Bobby Ray... to be honest, and let’s just be honest here, them there raccoons were probably smarter than Bobby Ray. But it’s not whether or not you actually bag a raccoon durin’ a hunt that matters, it’s how much moonshine you’ve had to drink. 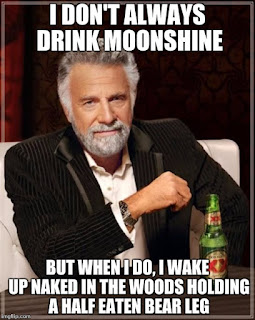 Bobby Ray was quite a character. Me and him, we grew up together with y’all. Took Bobby Ray four times to get through the sixth grade before he passed. Finally dropped outta high school when he did his prison stint. But hey, he did manage to get his GED. By the way, y’all, anyone know what a GED actually is?

None of us woulda expected Bobby Ray to go the way he went. If y’all had asked me, I’d have figured he’d meet an early end in some kind of moonshine fuelled huntin’ accident. Just like his daddy, Big Ray Bobby Guthrie. The old timers still talk about that one. Shot by his own trackin’ hound at close quarters. Nobody ever trusted Rover Joe quite the same way again, even if that mutt outlived Big Ray by fifteen years.

My point is nobody expected this. Huntin’ accident? Sure. Mishap caused by gettin’ mud on the tires? Of course. His moonshine poisonin’ him, or the still blowin’ up on him? Why not? Some other kinda death that woulda involved those wonderful words: hey y’all, watch this. 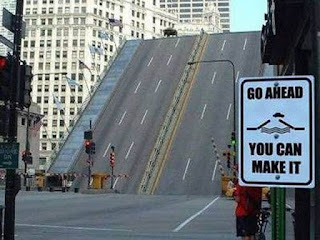 ‘Stead of all that, he met his end at the hands of somethin’ he loved to see.

Most of y’all know what happened. Me and Bobby Ray and Johnny Joe went down to the big monster truck rally on the weekend. Y’all love monster trucks ‘bout as much as we do. It’s a whole thing down here, y’all.

So there we all were, watchin’ monster trucks do all their tricks. Racin’ around the arena, sputterin’ up mud, revvin’ their engines, all loud and everythin’. There was this pause in the show. Fancy word for it is intermission. Me and Johnny Joe went on down to get stocked back up on beer and dogs and more beer. 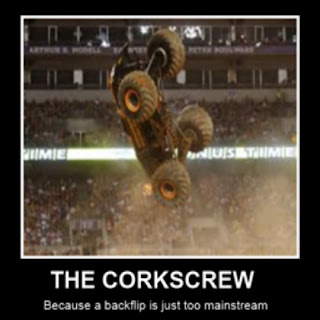 You know, if we’d stayed up there with Bobby Ray, we might be dead right now with him, and someone else among y’all would be talkin’ right here right now.

How were we supposed to know that little Jimmy Bart Bodean, all of nine years old, was gonna sneak onto the arena floor?

How was anyone supposed to know?

So he revved the engine. Got the pedal to the metal and the hammer to the floor.

The kid just couldn’t look over the dashboard at where he was goin’. 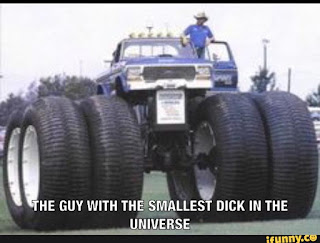 And y’all know what happened. That there monster truck went slammin’ up off the arena floor, defied some of those fancy word physics that the high school science teacher likes to yack about, and went slammin’ into the stands.

I think that the last thing that passed through Bobby Ray’s mind, before the front bumper of that monster truck, was to think, wow, that truck’s gettin’ pretty close, y’all.

At least it was quick. Probably painful, but quick. He didn’t suffer. Too much. 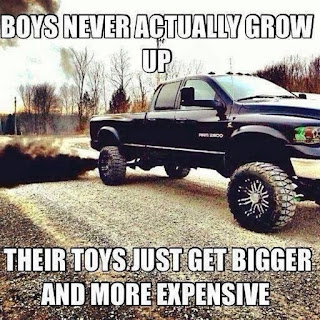 As for Jimmy Bart? Well, he’s been grounded. For the next twelve years, or until he’s old enough to drive, whichever comes first. Math ain’t my strong suit, and it ain’t the strong suit for Mary Lou and Billy Bob Bodean neither.

After that, the monster truck people say he’s welcome to come drive for them for real. So that’s somethin’ for y’all to look forward to. By the way, Jimmy Bart, shows a lot of class and good upstandin’ character, you comin’ here today to the funeral of the guy you killed.

Well, goodbye, Bobby Ray. We’ll all miss you lots. Gonna be a heck of a send off for you. Squirrels on the barbecue, moonshine from the still, and jumpin’ into giant mud puddles for no reason.

Have fun up there in heaven, save a cold one for me.

Or if you’re down in that there other place, we’ll have a cold one sent to you.” 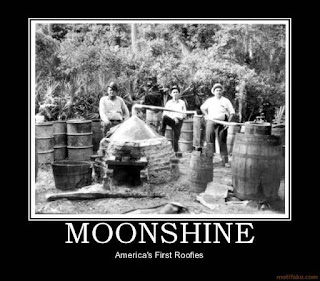