The Downfall Of A Psychotic Serial Killer 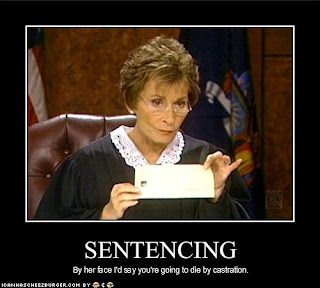 Calgary (CP). It has been called the Trial Of The Century, often attached to cases that might not well deserve it. To the frustration of the American media, filming is not allowed in Canadian courts, which perhaps made the proceedings inside the court somewhat more dignified than, say… the OJ Simpson trial. And yet it was filled with the drama and intrigue of a high stakes legal battle. A serial killer stands convicted of multiple murders and desecration of bodies, and connected to thousands of more murders around the world. Now the case is at an end, with a sentence handed out against the convicted murderer, the famed mystery novelist Jessica Fletcher. Otherwise known as the most prolific serial killer in history.

It is not a common thing in Canadian justice for consecutive sentences to be handed out, but it is not unheard of either. Fletcher stood up in court with her defense attorney, Joni Mitchell (not the singer) at her side). Among those gathered in the public area were a multitude of press, Fletcher’s dimwitted nephew Grady Fletcher, and the legendary lawman who brought her crimes to an end, RCMP Inspector Lars Ulrich. Fletcher had seen the Inspector upon being brought in, said nothing, but fixed a death glare upon him. 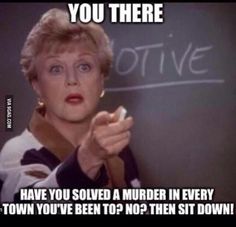 The proceedings commenced with the judge asking Fletcher if she had anything to say before sentencing. Fletcher spent thirty minutes in a quiet but seething below the surface voice, vowing that she would escape, that she would have her revenge upon everyone who had put her here today, that she would sacrifice them all to the Great Old One, Cthulhu. She singled out Ulrich in particular, vowing that she would make his suffering a particular agony. “I will shred his nerves from ends to brain stem, flay him alive, and feast on his entrails and his heart.” This particular threat elicited little more than an eye roll from the Inspector. 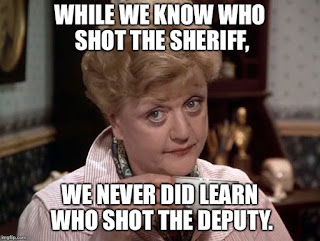 After the thirty minute threat was brought to an end, the judge announced his decision in sentencing. Fletcher was sentenced to twenty life terms, to be served consecutively. In effect, she will die in prison. Fletcher replied that she would see to it that his agony would be particularly brutal and would show him no mercy. The judge ordered her removed from court. She was taken into custody by police, turned briefly and made eye contact with Ulrich, who smirked. “I’ll eat your heart with nutmeg, Ulrich! Do you hear me? With nutmeg!” With that, she was removed from court, brought to a prison east of the city, and placed into maximum security, solitary confinement for the remainder of her sentence, deprived of even the opportunity to murder a cellmate. 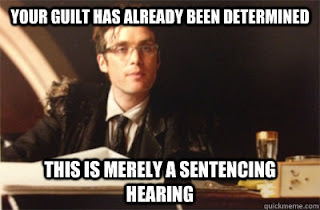 In the wake of the sentencing, Grady Fletcher faced the press outside the courthouse. A multitude of Jessica Fletcher fans looked on, devastated by the downfall of their idol. “I just don’t understand. Aunt Jessica… this can’t be. She was always the nicest, kindest person you could have ever known. This has to be a conspiracy. It has to be. Or this is a nightmare and I’m going to wake up and it’ll all be different. Quick, someone pinch me.” Reporters filed away, not seeing much point in trying to reason with a dimwit. Fletcher fans sobbed and wept. 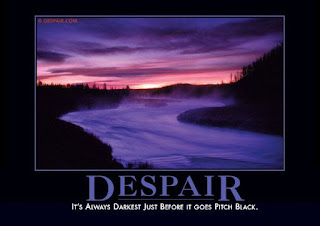 Joni Mitchell left court and was intercepted by reporters. First they reassured her that they knew full well she was not the folk singer, given that she looked nothing like her, and that she was much younger. Then they asked for comment, asking if she would be filing an appeal of the verdict. “To what end?” she asked, weary. “Whatever else I can say about this case, it was run in a professional manner. I see no grounds for an appeal. I will only say at this time that even the worst of us deserves a vigorous defense against criminal charges. And that batshit crazy old battleaxe counts as the worst of us.” 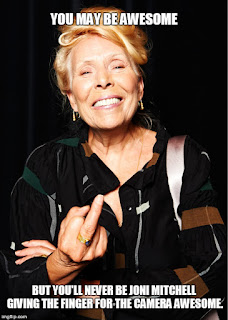 It was at this point that Ulrich came out. He saw the reporters, got that familiar look of exasperation on his face, and approached with hesitation. The reporters reassured him that they knew full well he was not that Lars Ulrich and asked for his own comment.  “Justice is done. She’s spending her remaining days behind bars. I couldn’t be happier.” He said this with a facial expression that suggested anything but happiness, but then again, Lars Ulrich’s standard facial expression is grumpiness.

When asked about the multiple and graphic threats Fletcher had made against him throughout the legal proceedings, Ulrich shrugged. “Ladies and gentlemen, please. I’ve taken down megalomaniacs and monsters. I’ve made titans cry. I won’t dispute that Jessica Fletcher is dangerous. But comparatively speaking? I can sleep soundly at night knowing that her threats are empty. Her day is done.” 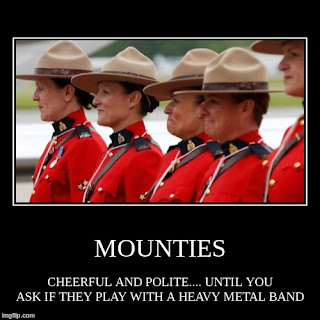 A voice called out from the back of the crowd. “Lars! Joni!” The reporters started to make way as a vacant eyed man with an Access Hollywood cameraman following cut through. “Cooper Collins, Access Hollywood. Can I get your comment on the rumour that’s out there that Metallica is doing a crossover album with Joni?”

Ulrich and Mitchell glared at him. Then they glanced at each other. Then they glared back at Collins. “I am not that Lars Ulrich,” Ulrich said in a low, menacing voice. Legitimate reporters started backing off, knowing what was coming. 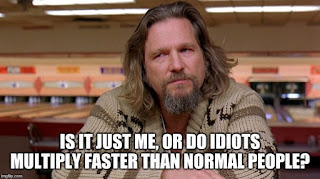 “And I am not that Joni Mitchell,” Mitchell stated.

Collins looked confused, a common problem for entertainment reporters. “Are you sure?"

With that, both Ulrich and Mitchell hit him in the face at the same time, sending him falling backwards. What followed was a beating that put Collins in the hospital in a body cast, muttering endlessly about folk-metal hybrid rage. Mitchell took her leave of the courthouse. Ulrich was called back to duty, as the Kraken had been sighted outside of Calgary. Within ten minutes of the inspector making contact, the Kraken was a fallen foe, rendered unconscious by a victorious Mountie. 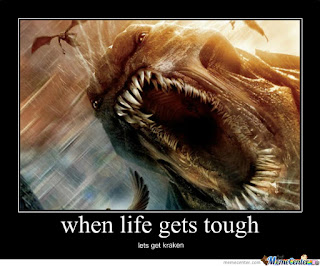 The last word belongs to a Great Old One. Once thought to be the fictional creation of H.P. Lovecraft, it turned out that Cthulhu is real, living these days deep beneath the surface of a remote island somewhere in the Pacific. But the gigantic monstrosity, capable of entering the dreams of man and imposing its will on them, does have FaceTime. Speaking through a translation program, Cthulhu made a statement to this reporter. “Look, I want to disavow any notion that Jessica Fletcher is an acolyte of mine. I know batshit crazy, okay? And she’s batshit crazy. She wants to go on and on about sacrificing people to me, well, that’s on her. Lots of crazy people have tried using my name to justify their acts.”

He paused for a moment before carrying on. “As for Lars Ulrich… just ask him to leave me alone. He kicked my gargantuan ass once, and once is plenty enough, thank you very much. That guy scares the hell out of me.” 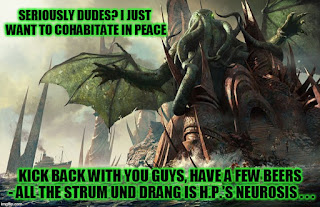 Posted by William Kendall at 12:00 PM