Last Rampage Of The Internet Scammers 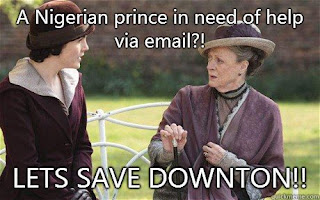 I've said it before, I'll say it again. They never give up. They spam comments, they send spam emails to us for things that we didn't ask for in the first bloody place. They don't take a hint that their comments, even if they make it into a post, won't last long there. They don't take a hint that I've suggested on more than one occasion that they take a long walk off a short plank, or a quick jump off a tall bridge. And then there are their closely related cousins, the internet scammers, who send crap like the following to hundreds of thousands of random email accounts, hoping to hook that proverbial sucker. 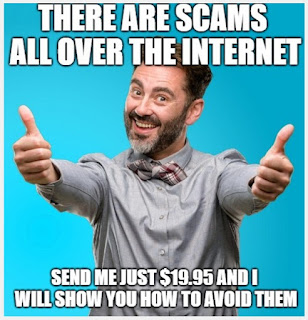 I am from Hartsfield-Jackson Atlanta International Airport, Georgia. A forfeited and false declared Consignment is deposited here at the restricted bonded warehouse for auditing. On routine inspection, I discovered this forfeited consignment with your email address on the bill of entry manifest. The Value of the cash stuffed consignment was not declared but assumed approximately 10 Million USD.  It was forfeited because of false declaration by the Consignee and the delivery officers 'inability to pay the Non Inspection Clearance fee (NI). The Consignment was originally declared as personal effect while the real content is cash money.

I solicit your acceptance to use my position to clear and deliver this Consignment to you on condition that I will be compensated after receipt. Indicate your acceptance by forwarding:

All communication must be private because we don't want this hackers to hack the Consignment And Once the clearance is completed I will deploy the service of a secured dispatch company that will deliver to your doorstep okay. 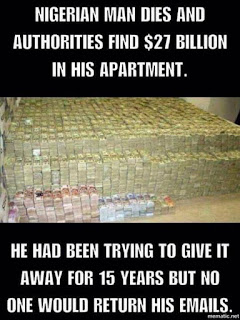 Okay, so where do we start? Well, how about with the claim that he's from Hartsfield-Jackson International Airport? Really? Does that mean you're there twenty four hours a day, seven days a week? Does that mean you live there? Because if you merely worked there (that is to say if you actually had anything to do with that airport), you'd say "I'm from Atlanta." But you didn't, because you're not in Atlanta.

There's the usual tell tales of a scammer. Capitalized letters on words that don't need them. The claim of a big payday of ten million dollars with my email attached that was forfeited because of delivery officers 'inability to pay the Non Inspection Clearance fee.' That's ten million in cash, mind you, which sounds perfectly legit. If that cash actually existed (it doesn't), that sounds like the sort of thing you'd expect out of the Columbian Cartels to do. 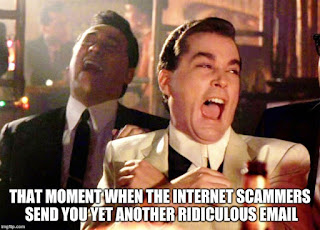 Our scamming scammer offers to forward the whole shebang to me if properly compensated, and all he needs are my name, phone, address, airport, passport number. Oh, sure, that'll end well. First, dumbass: if you actually had my email (as opposed to sending this out to hundreds of thousands of email accounts blindly), you'd know my name. Second? Letting a scammer like yourself get hold of something vital like my passport is just asking for more trouble than merely losing the four figure number you're hoping to hustle out of the person dumb enough to buy into this scam. 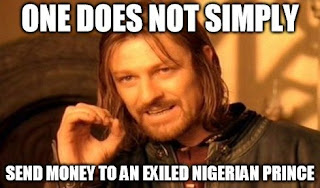 Two things to conclude. First, the scamming scammer has to come up with a better fake name. Lopez is a common enough name... as a surname.  Not a first name. Second, when one enters the term UN Audit Officer into a Google search, the first things coming up are scam alert posts. Usually about stories just like this one- big American airports with UN Audit Officers claiming to have big consignments of cash they're just waiting to hand out to random strangers. As opposed to, oh, doing what I might do if I were in that position of coming across ten million bucks in a random bag. I'd take it for myself, dammit!

Nice try, jackass. Maybe someone else on that list of five hundred thousand emails will be enough of a sucker to send off three grand in gift cards to you. Me? No, as far as I'm concerned the best thing for you would be to go on a helicopter ride and see an active volcano.

One way for you. 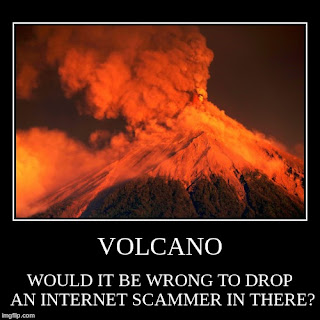